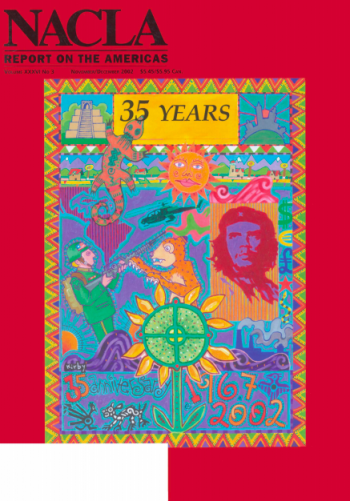 The first issue of NACLA Newsletter, the magazine that was to become NACLA Report on the Americas, rolled off a mimeograph machine in New York in February 1967. The North American Congress on Latin America, its fledgling publisher, had just come together as a coalition of "New Left" student activists. The new group was very much a creature of what was simply called "the movement" in the United States of the mid 1960s: the loose grouping of forces opposed to the war in Vietnam, actively supportive of civil rights and liberation movements, attracted by alternative lifestyles and cultures, and increasingly distrustful of the U.S. role in the world. When the United States invaded the Dominican Republic in April 1965, the "movement" reacted quickly and strongly. It was out of that reaction that NACLA was formed. This anniversary issue of the NACLA Report tells the story of NACLA’s life.