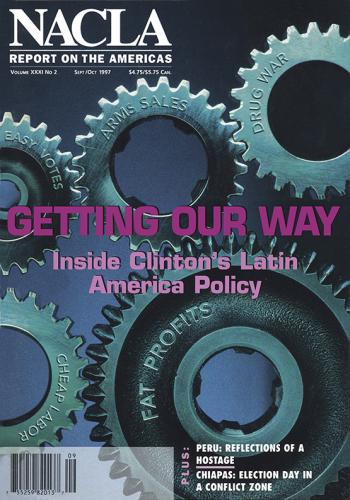 In early August, the Clinton Administration announced that it was lifting a 20-year ban on the sale of major weaponry to Latin American militaries. As Michael Klare explains, the White House had been under heavy pressure from U.S. arms manufacturers to lift the ban and incorporate the arms industry into the conceptual core of U.S. Latin America policy. U.S. firms, the logic goes, should be able to sell anything to anybody. By paving the way for the sale of F-16 fighter planes to Chile and other countries in the region, the White House has linked "free trade" to another long-standing underpinning of U.S. policy: that the region's militaries have been and remain our strongest and most reliable allies. This Report takes a close look at Clinton’s foreign policy toward Latin America.