Latin American Youth: Anger and Disenchantment on the Margins 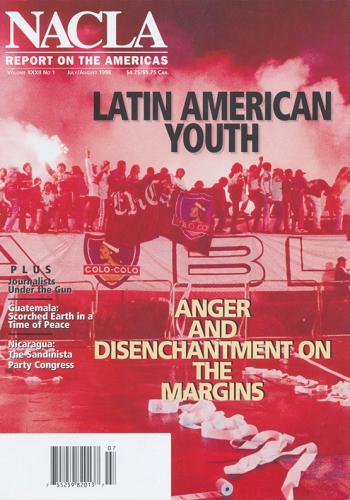 In 1992, during the Los Angeles riots sparked by the police beating of Rodney King, nearly 1,000 Salvadoran youths were rounded up by INS agents and deported to El Salvador. As the anti-immigration backlash deepened and public attitudes toward juvenile offenders became more punitive, the INS launched its Violent Gang Task Force, targeting immigrants with criminal records for deportation to their countries of origin. From Los Angeles to Chile, young people face the contradictions of neoliberalism and its impact on youth.

In the wake of the virtual disappearance of educational institutions as places for the socialization and integration of young people into the world of work, policing has taken their place. Criminalizing youth represents an attempt to write off and control the growing anger and disenchantment of young people who live on the margins of a system which offers them few alternatives. These are the issues we tackle in this Report.