The story of radical cities in Latin America begins in the 1980s. As Margaret Thatcher proclaimed “there is no alternative” to free markets, socialist activists in Latin America explored ambitious experiments in collective local self-governance. In Villa El Salvador in Peru, for example, self-organized land occupation transformed the pueblo joven or shantytown on the outskirts of Lima into a legally recognized residential district by 1983. Dozens of other cities in the region soon followed with their own creative experimentation.

Today, of course, Latin America is living a new political moment. But despite now taking different forms, radical politics persist in Latin American cities, and this issue takes stock of these urban struggles. Together, the pieces explore government-led initiatives to foster more democratic and inclusive cities, as well as grassroots efforts to shape urban space from the bottom up—and the tensions that bubble up between the two. 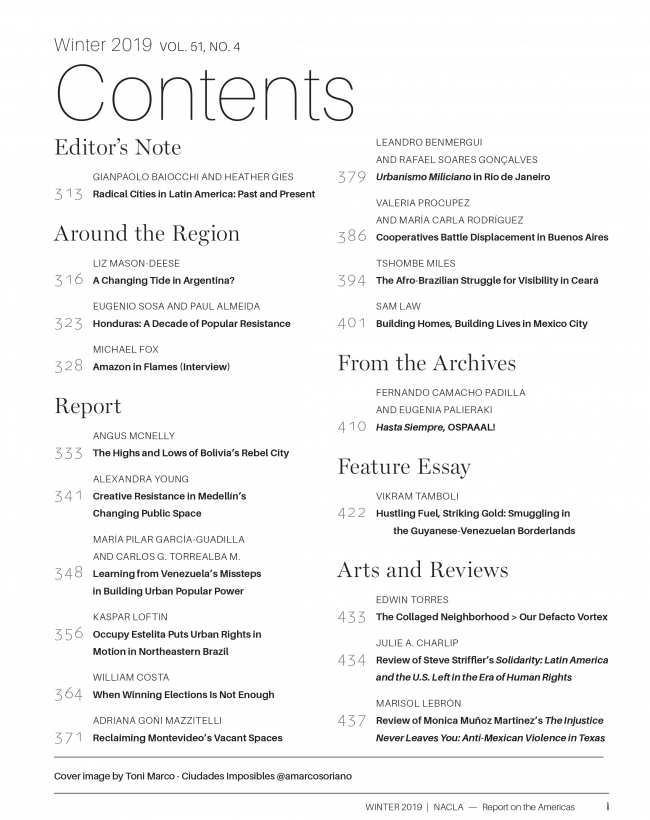