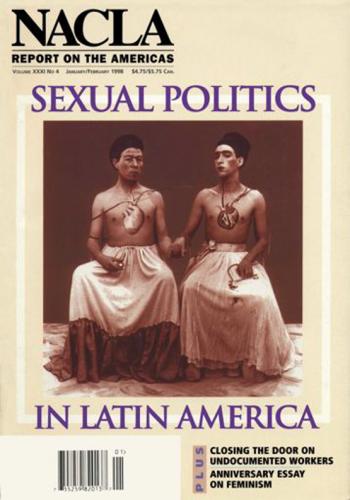 The outbreak of the AIDS epidemic in the early 1980s was a turning point for sexual minorities in Latin America, where few well-established movements for homosexual liberation existed before the arrival of HIV. Although lesbians had won spaces within feminist and women's movements as part of a broader struggle for gender equality and reproductive rights, sexual minorities had been unable to articulate themselves as an autonomous political force within the reformist and revolutionary projects of the 19 6 0s and 1970s. The left's sexism and homophobia played no small part in their exclusion. The AIDS crisis, however, has generated openings for a critical public discussion of sexuality and homosexuality in countries where the Catholic Church and/or military regimes exercised almost total control over how these issues were discussed in the public sphere. In many cases, these openings served as the grounds from which broader debates and struggles for sexual freedom were launched. These debates and struggles form the subject of this NACLA Report.