Under Fire: Menemismo and the Politics of Opposition in Argentina 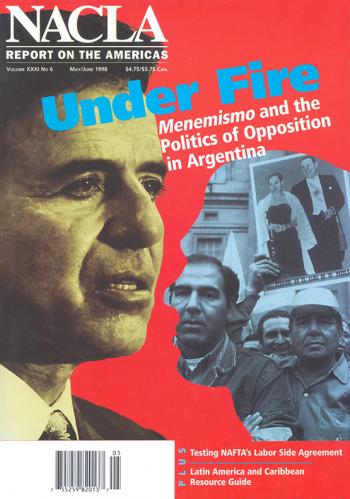 While more than 90,000 people were being evacuated in Argentina due to floods provoked by El Niño, a political joke was making its way around Buenos Aires: "The floods are not the result of the waters rising, but of the fact that the country is sinking." It seems puzzling that people are joking about the country sinking when economic growth rates are extremely high and prices have remained stable over the past few years—the laurels on which the government of President Carlos Menem has rested for nearly a decade. Under Menem, Argentina has become a star of the neoliberal world, blessed by a massive influx of international financial capital. But herein lies its biggest weakness-the sustainability of the economic model depends on the continual renewal of these investments, something which is far from guaranteed.