The Wars Within: Counterinsurgency in Chiapas and Colombia 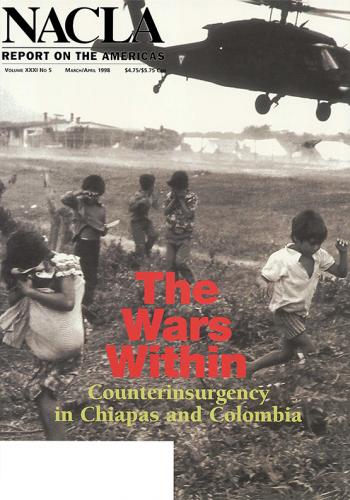 The December 22, 1997 massacre of 45 unarmed civilians in Chiapas was only the tip of the iceberg. Five hundred people were the victims of politically motivated killings in Chiapas last year, and thousands of Chiapanecos were forced to flee their homes. In Colombia, meanwhile, 1997 saw 185 politically motivated massacres, in which 1,042 people were killed. Today, over a million Colombians are refugees of the violence. This is textbook low-intensity warfare, with some slight modifications. The novelty in Chiapas and Colombia, as this special NACLA Report documents, is that paramilitary groups are increasingly taking a leading role in counterinsurgency.