How the Right Returned to Power in Ecuador

Widespread resistance to Correísmo and the Indigenous movement’s promotion of the null vote created the conditions for Guillermo Lasso’s victory in the presidential run-off. 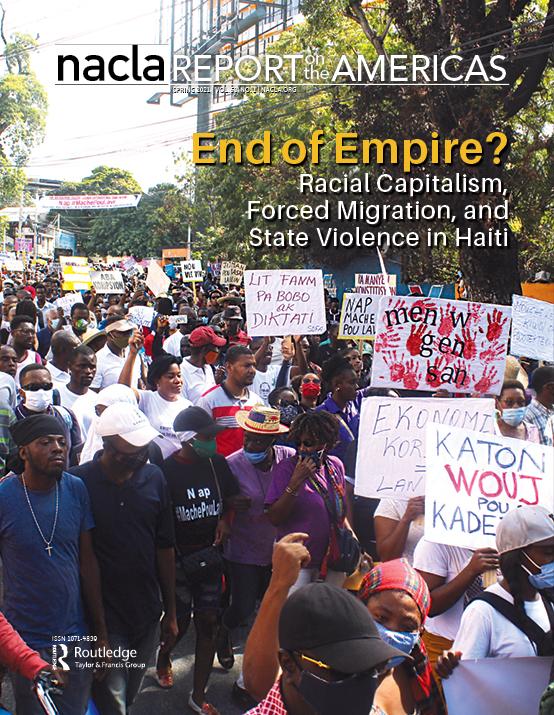 Memories of the Meltdown: The Sky Is Falling on Mexico Too
John Ross
October 8, 2008

Fury at the billionaire bailout of the criminal class that has driven Wall Street into a disaster of 9/11 dimensions festers down at the bottom of the economic food chain on Main Street. It is a familiar syndrome south of the border in Mexico, which had it's own mega-bailout in the 1990s. Back then, it was poor Mexican farmers and urban workers who ended up with the short end of the deal: they were saddled with onerous debt, their tax pesos financed the bailout and, in return, the cash-strapped government cut public services. Just over a decade later, it's déjà vu all over again—and Mexico could be next.

People voted for a more participative democracy, demilitarization, and for the ability to intercede actively in political life. The U.S. military presence in Manta will end in 2009. Ecuadorians also ratified national diversity and collective rights; the right to water and the prohibition of its privatization; food sovereignty and the permanent right to secure food sources; the right to communication, and access to public, private, and community media.

NACLA contributors Wes Enzinna and Jason Wallach received 2007-2008 Project Censored Awards for their coverage of Washington’s interventions in Latin America and the fight against water privatization in El Salvador. Each year Project Censored selects the top 25 most important censored news stories chosen out of hundreds of articles.

Perhaps the most poignant moment in John Pilger’s latest documentary, The War on Democracy, comes during an interview with Sister Dianna Ortiz, the U.S. nun tortured by Guatemalan security forces in 1989. “I’ve heard people say that what happened in Abu Ghraib is an isolated incident,” she says, with a mix of outrage and disbelief. “And I just shake my head and say: Are we on the same planet? Aren’t you aware of our history? Isn’t history taught in the classroom about the role of the U.S. government in human rights violations?”

If the U.S. media have failed to cover the story of political instability in Haiti with the depth it deserves, it is certainly not the first time. In fact, it is the latest episode in a pattern of U.S. reporting on Haiti that has given many of the most important stories only a cursory glance. To get an idea of how and why this happens, I interviewed several U.S. journalists who have reported from Haiti, some of whom spoke on condition of anonymity.

This week the McCain team is trying to dispel the notion that Palin is a foreign policy lightweight. The Alaska Governor is slated to meet with a handful of foreign leaders during the General Assembly meeting of the United Nations. The roster of leaders chosen by the McCain camp bodes badly for U.S. foreign policy should the Republican ticket win in November.

An Open Letter to the U.S. State Department Regarding Recent Violence in Bolivia
Various Authors
September 22, 2008

Since the democratic election of Evo Morales in December 2005, the U.S. government has sent millions of dollars in aid to departmental prefects and municipal governments in Bolivia. Last year, the U.S. Agency for International Development spent $89 million of U.S. taxpayer money in the Andean country. At least some of these funds have ended up in the hands of opposition groups linked to recent anti-government violence. A group of Latin America experts have called on the U.S. government to publicly disclose USAID's funding portfolio.

Events in Bolivia took a dramatic turn on September 11 with the murder of more than two dozen government supporters by armed vigilantes in the northern department of Pando. With the massacre, President Morales' denunciations of a "civic coup" grew more urgent, sparking an emergency top-level meeting of the South American Union in Chile. In response to these recent events, Bolivia's opposition has slightly pulled back its overt attacks, but it will nonetheless continue to actively make the situation ungovernable for the weakened Morales administration.

In the northwestern sierra of Hugo Chávez’s Venezuela, a cowboys and Indians saga of the twenty-first century is coming to a head. The conflict pits wealthy cattle ranchers (hacendados) and coal barons against the Yukpa, Barí, and Wayuú indigenous nations in the renegade state of Zulia. Although Chávez has expressed support for the indigenous, other members of his administration have sent mixed signals. Meanwhile, violence continues to escalate as armed vigilantes terrorize the indigenous activists.

“Bolivia on the Brink,” is a phrase too often uttered by passing journalists unaccustomed to the country’s regular politics of the streets. But events of the last two weeks cannot be passed off as the ordinary business of protest. Rather, a right-wing coup attempt is in the offing in the five departments (states) governed by the right-wing opposition to President Evo Morales, of the Movement Towards Socialism (MAS) party.