U.S. Expands Influence in the Brazilian Amazon During Pandemic

The U.S. government and private sector have contributed to fighting the coronavirus in the Amazon. Their intentions for the region concern local advocates.

From Police Reform to Police Repression: 50 Years after an Assassination

The 1970 murder of a U.S. police advisor in Uruguay offers lessons for police reform debates today.

Poets and Prophets of Resistance: Intellectuals and the Origins of El Salvador’s Civil War (Review)

Months after the peak of Guayaquil’s battle with the coronavirus, another crisis has emerged: finding, identifying, and returning the dead to their families.

When the police kill young men in Venezuela, often their mothers are the only ones who seek justice. Institutional barriers to accountability have increased during the pandemic.

Kristina Lyons' new book documents soil and farming in the Colombian Amazon. It is a powerful critique of capitalist agriculture and a rich account of alternative practices.

In Oaxaca's Mixe region, the community of Ayutla has been without potable tap water for three years. 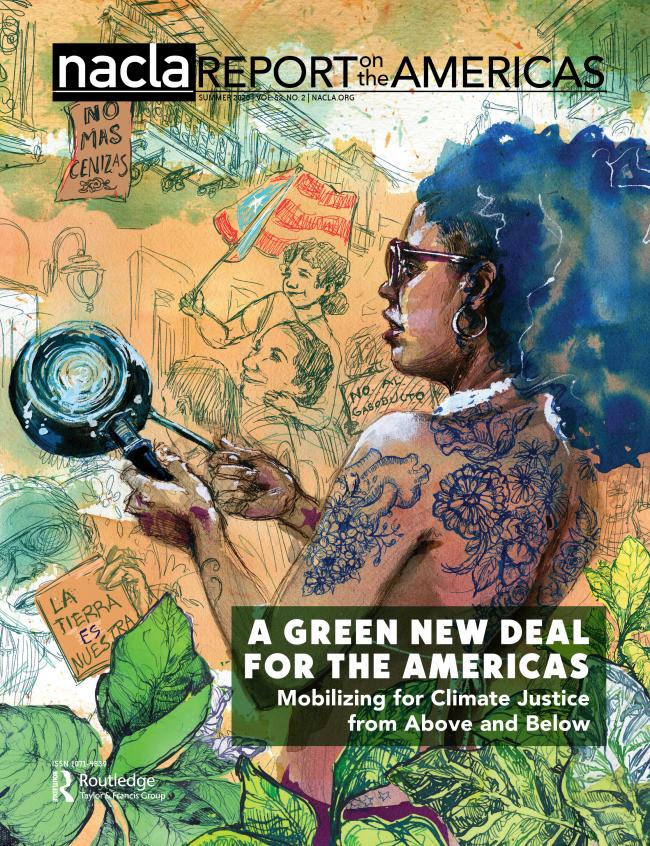 Last week the Brazilian Movement of Landless Rural Workers (MST) held its fifth National Congress in Brasília, the country’s capital. The power the MST has garnered throughout its 23 years was palpable, as more than 17,500 delegates from 24 states and almost 200 international guests marched to the Square of the Three Powers, situated between the buildings of the executive, judicial and legislative branches of government. Marchers hung a huge banner in the square that read, “We accuse the three powers of impeding agrarian reform.”

When Miguel Moran Acosta graduated from high school this year in Colombia's southern jungle province of Putumayo, he went back home to farm with his family in Alto Comboy, an Awa indigenous reserve. Days later, on May 23, Colombian army officials entered the reserve, tied Miguel’s hands and feet together and took him off to a nearby mountain. The following day, Miguel’s lifeless body was put on display in the province’s military barracks as a “guerrilla downed in combat.”

In this spirited call to action published by our friends at ColorLines, Roberto Lovato writes, "While important and good, negotiations, marches, lobbying and other crucial work will continue to be ineffective without an urgent strategic component. The radical political moment requires the further opening of a radical flank of the immigrant rights movement." Lovato suggests this radical flank could look to Latin American social movements for inspiration.

As I write this article, the U.S. Senate is engaged in a major policy debate about how to reform the obsolete, unjust, and deeply dysfunctional immigration policy currently in effect in the United States. Unfortunately, the proposal being debated, entitled "Secure Borders, Economic Opportunity and Immigration Reform Act of 2007," falls far short of what the country needs, or what immigrant communities deserve.

Colombia: Trade at the Point of a Gun
Teo Ballvé
September 4, 2007

“Free trade” and an aggressive military policy are central pillars of U.S. foreign policy. Better than any country in the world, Colombia demonstrates the intimate connection between these two aspects of U.S. power and their devastating results.

Teenage actors parade barefoot onstage, jumping and pounding drums. Others walk in with notebooks and briefcases overflowing with papers. Each actor spouts fragmented political speeches. The play depicts revolts and counter-revolts throughout Bolivian history, ending with a dramatic exchange between a mother and the ghost of her dead son, tortured during a dictatorship. “Don’t cry, Mom!” the ghost says. “I died bravely even though they gouged my eyes out and tore me apart. Don’t cry!”