Cuba After the Thaw

Will the normalization of U.S.-Cuba relations mean worsening inequality for Afro-Cubans and women? 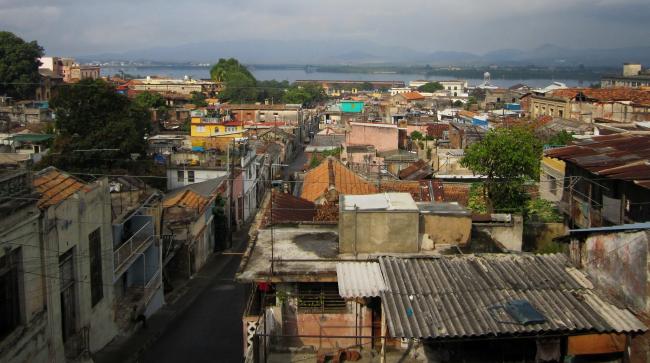 In December 2014 President Obama made the stunning announcement that he had used his executive power to negotiate with Cuba and would reestablish diplomatic relations with our erstwhile enemy. Throughout the subsequent year, the U.S. media focused on the more exciting aspects of reestablishing diplomatic ties: the long-overdue removal of Cuba from the list of state sponsors of terrorism; the moving act of raising the flag above the reinstated U.S. embassy in Havana; and most recently, the sudden announcement of big business interests sitting down with U.S. and Cuban officials to negotiate compensation for properties expropriated by the revolution a half-century ago. Our official recognition of the Cuban government after fifty-five years of isolation, open aggression, and clandestine destabilization is extremely important and must continue.

Yet what already seems clear is that the renewal of U.S. relations will not automatically bring widespread prosperity, much less social equality, to Cuba. The December 17, 2014 rapprochement between Cuba and the United States came on the heels of several years of Cuban internal reform that have deepened inequality, stacking the deck of the new political landscape in favor of some Cubans. Not surprisingly, race and gender figure prominently in Cuba’s growing disparities.

Even the most measurable change so far this year—the spike in American visitors—may contribute to the island’s deepening inequality. The growing flood of U.S. tourists will inevitably provide new clientele for the restaurants, home-stays, and other urban services that are the bread and butter of Havana’s new upwardly mobile class of business owners, who tend to be light-skinned and often male, threatening to leave Afro-Cubans, women, and vulnerable groups, such as the elderly, behind.

Why has inequality gradually returned despite the revolutionary government’s stated dedication to creating an egalitarian society? The problem has deep roots. Far from being an island frozen in time, Cuban society has changed rapidly over the past fifty years.

In the heady revolutionary year of 1959, expectations ran high. Although Havana was known as the “Paris of the Caribbean,” much of the island was impoverished, a legacy of its history as a sugar colony where fortunes were raised on plantations fueled by African slave labor. With the revolution in power, historically oppressed Afro-Cubans and their allies pushed for redress, as historians Alejandro de la Fuente and Devyn Spence Benson have shown. An unprecedented national debate on race and racism followed in the mass media, at conferences and roundtables, and among new pro-revolutionary anti-racist organizations. Similarly, throughout 1959 women activists—including many affiliated with the Communist Party—formed new revolutionary women’s groups, sponsored conferences to discuss women’s rights, and presented their demands to the revolutionary leadership. It was exciting, effervescent, a time when it still seemed that the revolution might accomplish anything.

But by mid-1960, fearful of any social cleavages that might be exploited by growing internal opposition or the United States, the revolutionary government began to demand “unity.” In its drive to centralize political power, it shuttered independent organizations, even those that did not oppose the revolution. In mid-1960, all autonomous women’s groups were collapsed into the Federation of Cuban Women, a top-down mass organization that served mostly to transmit directives to women and mobilize them for the revolutionary cause. Autonomous Afro-Cuban associations of various kinds were dismantled by the mid 1960s. (Unlike the women’s groups, they were never replaced by a government-sanctioned Afro-Cuban mass organization.) These closures effectively removed formal organizational channels for dissenting or merely independent opinions on race and gender equity. Afro-Cuban religions, too, were pushed underground, where they survived and reemerged to flourish in the 1990s.

By 1962, the revolutionary government confidently asserted that it had eradicated all discrimination based on race or sex. Thereafter it became a political taboo—in fact, virtually counterrevolutionary—to suggest otherwise. It is true that the social programs undertaken by the government during the first few years of the revolution benefitted Afro-Cubans and women disproportionately, especially the expansions of healthcare, education, and professional opportunities. Yet certain underlying ideas and social practices were left intact. The more robust, widespread questioning of race and gender inequalities and ideologies that might have been spurred by Afro-Cuban and women activists in 1959 was a lost opportunity. These fault lines would reemerge in the 1990s...

Continue reading this piece at The Boston Review.

Listen to Michelle Chase talk with Naclista Christy Thornton about her new book, Revolution Within the Revolution: Women and Gender Politics in Cuba, 1952-1962 (University of North Carolina Press, 2015) at New Books in Latin American Studies.

Michelle Chase, who teaches at Bloomfield College, is the author of Revolution within the Revolution: Women and Gender Politics in Cuba, 1952–1962.