In this edition of NACLA Radio, Helen talks with NACLA Report contributor Devyn Spence Benson about her article on racism and antiracism in Cuba. 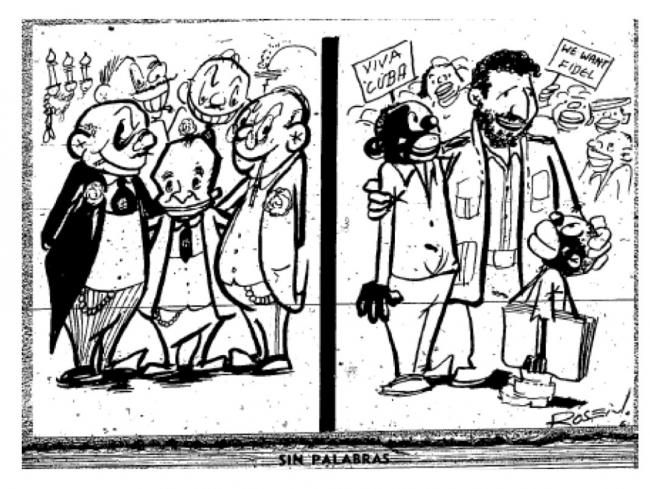 In this edition of NACLA Radio, Helen talks with NACLA Report contributor Devyn Spence Benson about her article on racism and antiracism in Cuba. The latest issue of the NACLA Report, Black Lives Matter Across the Hemisphere, explores the connections between racial justice movements across the Americas and their impact.

Devyn’s article, “Conflicting Legacies of Antiracism in Cuba” addresses how even as the Castro administration broadcast a message of anti-discrimination and embraced Black activists in Cuba and abroad, latent racism remained visible. Benson explains how, for example, the revolutionary state rejected Afro-Cuban intellectuals who contradicted the official “raceless nationalism.”

Helen and Devyn also discuss the state of Afro-Cuban activist movements today, and Benson shares some of her experiences working with and learning from Afro-Cuban bloggers and community organizers. For those interested in learning more about Afro Cuban news, politics, and activism, Devyn recommends the bilingual (English and Spanish) website AfroCubaWeb.

Devyn Spence Benson is an assistant professor of Africana and Latin American studies at Davidson College. She is a historian of nineteenth – and twentieth-century Latin America with a focus on race and revolution in Cuba. She is the author of the award-winning Antiracism in Cuba: The Unfinished Revolution, (UNC Press, 2016) based on over 18 months of field research in Cuba where she has traveled annually since 2003. Follow her on Twitter @BensonDevyn.