To escape the polarized depths of Venezuela’s ongoing political and economic crisis, negotiating a power-sharing agreement between the opposition and Chavistas and transforming the electoral system can contribute to a peaceful solution. 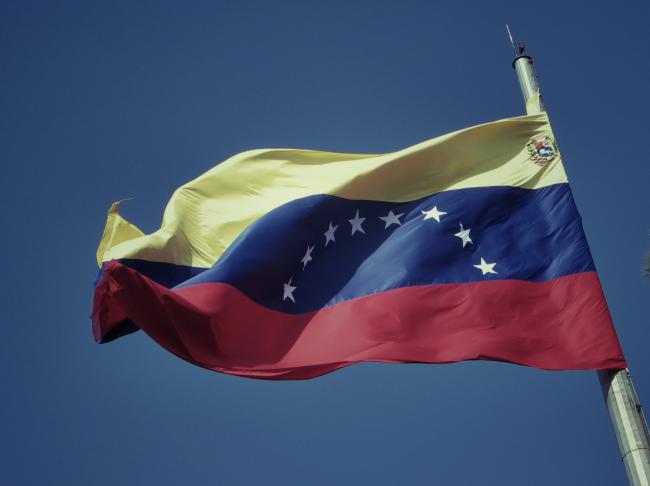 Venezuela lies on a knife’s edge. After almost two months of political chaos, Nicolás Maduro continues to cling to power mainly due to the support of the military and control of crucial state institutions. Thus far he has weathered efforts by local opposition—with the assistance of powerful international actors—to topple him. Meanwhile, millions suffer as the country crawls along amid blackouts and crippling sanctions. A political solution is more urgent than ever.

For some, removing Nicolás Maduro and his allies from power through elections or by force would in itself ensure a transition to better days.It is not difficult to understand why. Maduro’s record includes suffocating democratic institutions and procedures, colossal economic mismanagement, vast corruption, repression, human rights violations, and a humanitarian crisis. His resistance to democratic solutions made his opponents—many of them with little respect for democracy themselves—concentrate their efforts on ousting him by any means necessary. But the consequences of such a move would prove perilous for the future of democracy in Venezuela.

Removing Maduro will not turn Venezuela into a tropical utopia. The route to durable democracy must sidestep short-term and violent solutions and instead confront the issues that have long divided Venezuelans and imagine new configurations of power in the country’s tangled political arena.

Despite overwhelming and growing opposition to Maduro, polls from as recent as December 2018 indicated that nearly 30 percent of Venezuelans still identify as chavistas that trust the government, a number that may very well have decreased since. However,this political force will not suddenly evaporate with a governmental change. Any political transition in Venezuela must therefore include a power-sharing agreement that ensures Chavistas have a role in the country’s future.

Driving Venezuela’s crisis are decades of exclusionary political and economic structures that reward short-term political gains while exacerbating polarization. Venezuela has experienced two long-lasting political projects in the last 60 years. The first, which lasted almost 40 years, was an elite-driven liberal-representative democracy with limited public political participation and high levels of social exclusion. Hugo Chávez presented a participatory democracy project to the country that sought to correct the ills and injustices of the previous period. Oil revenue redistribution underpinned both projects. However, Chávez’s project excluded the middle- and upper classes, creating ongoing tensions in Venezuelan society.  Under Maduro, such exclusion has exacerbated for all social groups, as his government has gradually become less and less democratic. Amid a deepening economic crisis, social inequalities have increased massively and political participation has waned.

Taking into account the exclusionary and polarizing experiences of the recent past, we must think beyond short-term solutions. A first step in restoring political normality in the country should be a power-sharing agreement negotiated between the government of Nicolás Maduro and the opposition, currently represented by National Assembly leader Juan Guaidó, who over 50 countries now recognize as president. These kinds of agreements would offer incentives to government actors to come to the negotiating table in the first place and guarantee their security, their political participation, and even their access to economic resources. Studies elsewhere have shown that negotiated settlements can help stabilize divided societies and lead to durable peace.

But in and outside Venezuela, calls for retaliation and punitive measures against Chavista leadership ring loud. One possible way forward is to frame a power-sharing agreement as a "public good" and not as an arrangement of particular actors’ private interests. Indeed, reconciliation and peaceful coexistence of constituent groups in a deeply divided society is certainly far more significant in the long run than the political and economic survival of a handful of actors. Furthermore, a power-sharing agreement would be the product of a negotiation between the two parties—it is not a blanket amnesty. Some actors and groups would face punishments as part of a justice process, transitional or otherwise. The agreement should also include special provisions for the reparation of victims of political actions and abuses.

An Interim for Everyone

The central question in any power-sharing agreement is whether current government officials will agree to make the transition from the old regime to a new one. This is of urgent importance in Venezuela, given that the opposition has signaled that were it to oust Maduro, it would govern unilaterally until the country holds a new presidential election at an undefined time. Guaidó has even presented a plan for this period, meaning that his government is already setting its programmatic positions in place. This is a risky and counterproductive strategy, as it offers Maduro and those around him few incentives to give up power.

Instead of a partisan interim government, a more broadly representative one that can implement crucial political reforms, strengthen the country’s economy, and promote national reconciliation and political heterogeneity should take precedence in current discussions about how to move out of Venezuela’s stalemate.

Scholars have argued that the transitional periods are an opportunity for national leaders to practice joint decision-making, build trust, and open political participation to a broad rage of stakeholders, creating healthy foundations for long-term democratic commitments. Thus,participation by Chavista representatives in decision-making would make the new political reality more acceptable to their supporters, lessen the likelihood of undemocratic actions by the ‘defeated’ party, and contribute to the country’s democratic strengthening. The recent history of Libya and Iraq shows that exclusion and disbanding armed forces during periods of political transition fragment and polarize society and can even lead to civil war or to a country’s breakdown.

Even an inclusive interim government should last for a limited period, and democratic politics should be reestablished as soon as possible once some important objectives are reached. Efforts from some international actors to lead the country to new presidential elections points in this direction. However, tight and unrealistic time schedules could be counterproductive to the country’s political transition. Opening the political arena to elections is vital to the country’s democratic development, but actors must first reach an agreement that will guarantee that the electoral system would allow different groups fair access to power.

In the Venezuelan case, the simple majoritarian electoral system poses a significant institutional block to an inclusive and heterogeneous democratic system. Reforming it is a crucial if little remarked element in Venezuela’s political conflict.

A majoritarian electoral system (or winner takes all) system means that that the candidate who gets the most votes iselected, without run-offs for executive positions like the presidency. Even when the Constitution dictates proportionality and broad political representation like the case of the National Assembly, the majoritarian aspects of the system disproportionately advantage the largest political force. Backers of majoritarian systems argue that they contribute to the formation of strong governments and parliamentary majorities, while keeping extremist parties outside of the fray of formal politics. But in Venezuela’s current moment and near future, majoritarian mechanisms are likely to exclude Chavistas from the institutional game and make power-sharing unlikely.

Consider the mechanism for winning National Assembly seats: Venezuela’s current electoral system is mixed, combining elements of a representative system by simple majority with elements of proportional representation. But since 2010, against a global trend towards proportional rule, Hugo Chávez’s government rode a wave of popularity to enhance the system’s majoritarian features over its proportional ones, a common pattern in so-called “pernicious polarized” and democratic backsliding countries.

More than two-thirds of elected deputies are chosen via simple majority in different electoral districts, while the rest come from a complicated list vote at the state level, that in theory but not in practice offers some proportionality to the system. In 2015, in a context of economic crisis after oil prices collapse, Maduro and the government got a taste of its own medicine. The opposition won a two-thirds (66%) super majority of seats in parliament with 57% of the votes.

The temptations of again embracing majoritarian politics are powerful indeed. If National Assembly elections were held tomorrow, Chavismo would likely be least represented. Today, with only about 30% supporting Chavismo, its representation in the parliament would be just a handful seats. But a parliamentary seat is a significant bargaining chip in any possible negotiation and power-sharing agreement.

Members of parliament enjoy legislative immunity, meaning that if there is a provision in the power-sharing agreement that high command Chavistas can compete and win a seat in the parliament, they will not face prosecutions for at least five years (a parliamentary term) and can remain politically active inside formal politics. This would actually be a more institutional and less controversial solution than what Colombia’s 2016 peace agreement agreed to, which guarantees 10 seats in Congress to the FARC for two terms, regardless of how they perform in elections. Even though parliamentary immunity has not been effectively shielded lawmakers from political prosecution in Venezuela in recent years, we expect that any deal between the opposition and Chavismo must involve different kinds of promises—including the possibility of supervision from international organizations—to work in practice. This bears a resemblance to compromises made in other peace agreements.

Changes in the electoral system for the National Assembly are a parliamentary issue that do not require a constitutional reform or amendment, meaning that political actors will not have to engage in difficult and complicated constitutional reform discussions to enact them. In fact, even the Constitution itself speaks of a need for proportional representation.

Venezuela’s political crisis has turned into a Gordian knot that is seemingly impossible to untangle. Many think that bold and quick actions will lead to the crisis’ solution. However, a negotiated approach that safeguards heterogeneous political representation could be part of the solution and lead to a new democratic era. Venezuelans must simply be open to working towards a post-Maduro Venezuela for all—including Chavistas. In the end, not all knots have to be untangled in the same way.

Dimitris Pantoulas is a political risk consultant, and research fellow at IESA-Caracas. He has conducted research on politics, elections, participatory democracy and institutional change in Venezuela since 2007. He is currently based in Venezuela.