Faced with pressure from the U.S. to reduce immigration, the López Obrador administration has started to do the dirty work it vowed to avoid. 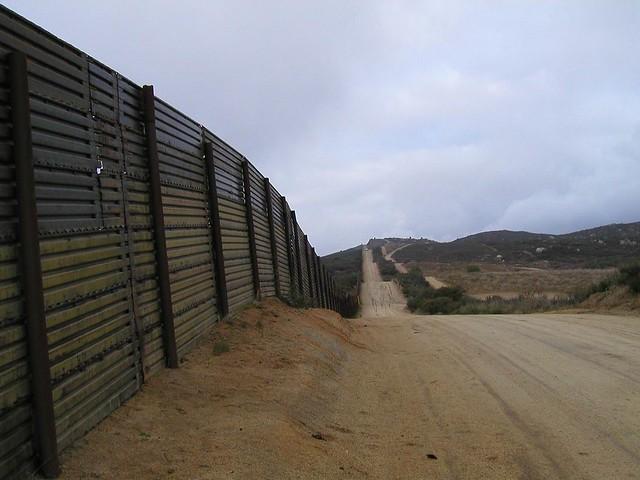 Before Mexican president Andrés Manuel López Obrador entered office in December 2018, he announced that he would not do the U.S.’ “dirty work” when it came to addressing Central American migration. Instead, he pledged to support migrants in Mexico, which would honor Mexico’s status as a “country of refuge” and the rights enshrined in the Mexican Constitution for migrants to seek and be granted asylum.

During the first few months of his presidency, humanitarian visa policies appeared to reflect that. However, following a threat from President Trump in May to impose 5 percent tariffs on imports—and the threat to increase the tariffs to 25 percent if he wasn’t satisfied with Mexico’s efforts to reduce the number of migrants arriving at the U.S.-Mexico border—López Obrador, commonly known as AMLO, has drastically reversed his stance on immigration and deployed unprecedented levels of troops throughout Mexico.

Since the start of his presidential campaign, AMLO has repeatedly said he wants to address the root causes of migration through regional cooperation, rather than relying on a militarized approach. During the first two months of his presidency, he authorized expedited five-day processing for humanitarian visas that would allow migrants to receive IDs and authorization to work in Mexico for one year. The visa also offered a way to traverse Mexico safely and openly without fear of deportation and was hugely popular—over 12,000 people signed up in two weeks, leading Mexican authorities to abruptly cancel the program because it was “too successful,” according to Mexico’s then-immigration chief, Tonatiuh Guillén.

AMLO has also been a staunch supporter of addressing migration through sustainable economic development. Last December, he announced controversial plans for the Maya Train through Mexico’s south and the Yucatán Peninsula, which he claimed would create “hundreds of thousands” of jobs—though he has faced opposition from Indigenous and environmental groups. In May, he presented details for his $30 billion “Marshall Plan” for Central America, at the United Nations’ Economic Commission for Latin America and the Caribbean (ECLAC), outlining planned infrastructure projects, including an electric plant in Honduras, a gas pipeline from Honduras to the Gulf of Mexico, and a possible extension of the Maya Train through Central America.

He has already worked to put some segments of the plan into action. In June, together with President Nayib Bukele of El Salvador, he announced a $30 billion program to plant 50,000 hectares of trees in the Central American country that would create 20,000 jobs. This program would be part of “Sembrando Vida”—a program AMLO’s government has already initiated in Chiapas—and involve planting crops of corn, coffee, and cocoa, as well as mahogany and cedar trees. In theory, the program would generate employment, improve environmental wellbeing, and address food insecurity.

At the end of the same month, AMLO announced a potential agreement with maquiladora factories in northern Mexico that would create 40,000 jobs, some of which could be offered to migrants who, he clarified, would be offered the necessary visas, though he didn’t specify details. And after meeting with El Salvador’s Bukele last month, AMLO recently announced he will speak with President Juan Orlando Hernández of Honduras to discuss joint investment opportunities between the two countries.

In recent years, Mexico has increasingly become the final destination for migrants arriving not only from Central America, but also from other countries, including Cuba, Angola, Cameroon, and India. Many of these migrants face difficult journeys crossing the dangerous Darién Gap between Colombia and Panama and the length of Central America before they even arrive in Mexico. Tresor, an asylum seeker I met in February in the border city of Tapachula in southern Mexico, didn’t even have a jacket with him—his only possession was a battered Angolan passport that he would hide in his jeans pocket.

But Mexico’s infrastructure has struggled to keep up with the number of asylum requests it receives. The Comisión Mexicana de Ayuda a Refugiados (Mexican Commission to Aid Refugees, COMAR) has only four offices, all located in Mexico City or further south, and around 50 employees across the country. As part of austerity measures, AMLO has also cut funding at COMAR to its lowest in seven years. Though the United Nations High Commissioner for Refugees (UNHCR) has announced it will support COMAR to open additional offices in Mexico, including the first along Mexico’s northern border, the agency is still not equipped to deal with the 31,355 people who claimed asylum in Mexico in the first half of 2019—what the UNHCR reports as a 204 percent increase over the same period in 2018.

“With the number of people claiming asylum in Mexico, [Mexican authorities] are not focusing on increasing the number of offices throughout the country where people can apply for asylum,” said Gretchen Kuhner, the director of the Institute of Women in Migration.

“Right now the majority are applying in Tapachula, which is a small city that doesn’t offer people opportunities. [People] need to feel like they have opportunities to survive in Mexico. They’re not going to stay in Mexico if there’s no place to request asylum, or if there’s nowhere to work,” Kuhner added.

At Mexico’s northern border, though, the U.S. continues its own policies to deter people from landing on U.S. soil and exercising the right to seek asylum. At the end of January, the U.S. announced it would start returning asylum seekers to Mexico while they waited for their court date as part of Migration Protection Protocols (MPP), also known as Remain in Mexico. The plan allows immigration authorities to send asylum seekers back to Mexico to wait for their immigration hearing in U.S. court, a process that could potentially take months or years. The scheme leaves many without shelter or access to legal counsel. In February, the American Civil Liberties Union and partners filed a lawsuit claiming the practice violates the fundamental principle underlying international asylum law of non-refoulement—the idea that asylum seekers cannot be returned to a country where they are likely to face persecution—as Central American migrants are often targets of sexual assault, violence, extortion, and kidnapping in Mexico. However, by May, three federal judges on the U.S. Ninth Circuit Court of Appeals declared that MPP could continue.

Since January, when immigration authorities began applying MPP to migrants who crossed into the U.S. near San Diego, the U.S. has sent back 18,503 asylum seekers to Mexico. As the Department of Homeland Security expanded the program border crossings in Mexicali, Ciudad Juárez, and now Nuevo Laredo, camps have sprung up to house returned asylum seekers in those cities. Mexican officials estimate that by the end of August, there will be 60,000 migrants waiting in Mexico through MPP. On top of this, there are still migrants waiting at the border who haven’t been allowed to cross to start asylum proceedings, largely due to metering—an unofficial practice enforced by both U.S. and Mexican officials that artificially limits the number of asylum-seekers allowed into the U.S. per day and forces them to add their names to a waitlist to request asylum. An estimated 19,000 people are on these lists, some of whom have been waiting for months to enter the U.S. In Tijuana, Customs and Border Protection (CBP) and Mexico’s National Institute of Immigration (INM) allowed fewer than 20 people over a two-week period in July to present themselves at the San Ysidro port of entry and cross into San Diego. These practices have dramatically worsened a process already marked by long waiting periods, backlogs, and poor conditions.

Under pressure from Trump to crack down on irregular border crossings, AMLO has deployed his newly-created and contentious Guardia Nacional (National Guard), an amalgamation of existing federal, military, and naval police originally created to address drug cartels and security, not immigration.

This builds on the heightened and militarized southern border policing strategy that took off under Plan Frontera Sur (Southern Border Plan) in 2015, which received U.S. funding under the Obama administration in response to the high numbers of unaccompanied children who sought asylum at the U.S.-Mexico border during the summer of 2014.

The new head of Mexico’s INM, Francisco Garduño, has vowed to cut border crossings. The Guardia Nacional has set up immigration checkpoints along a limited number of highways heading north from the border with Guatemala to apprehend, detain, and deport migrants. They also reportedly have raided hotels in Chiapas and Quintana Roo and used X-rays to detect migrants traveling in trailers. What’s more, AMLO has named General Vicente Antonio Hernández Sánchez, currently commander of the Tapachula military zone, to lead the force’s southern border efforts—a deepening of the militarization of Mexican immigration enforcement.

María Fernanda Rivero Benfield, communications coordinator of Mexican nonprofit Sin Fronteras, said her organization is particularly concerned about the deployment of the National Guard. “We’re worried about laws, about human rights. We’re worried there’s no protocol for the National Guard to follow,” she said. “The soldiers haven’t received training in human rights, in protocols, in how to take care of migrants. There are children [entering], there are people who are sick, there are people who need information. We don’t even know if people know they can plead for asylum in Mexico.”

She said the increasingly militarized immigration enforcement would drive people to resort to more dangerous and clandestine methods of crossing Mexico through coyotes and human smugglers.

Trump gave Mexico 45 days after threatening tariffs to reduce the number of people crossing into the U.S. without proper authorization. The number for June fell by 28 percent compared with the same period last year, though experts warn a temporary reduction in migration doesn’t necessarily mean the trend will continue. Despite this, the Trump administration announced a new policy that went into effect on July 16, 2019, stating that migrants who passed through other countries on their way to the U.S. without applying for asylum would be ineligible for asylum in the U.S., essentially barring Central Americans and others who travel north through Mexico from seeking asylum in the United States.

Of course, as is always the case with a strategy of deterrence, people have not stopped entering Mexico, despite increasing danger along the route. As Sin Fronteras coordinator María Fernanda Rivero points out, people will simply find other ways to pass through. “At the end of the day, you can’t stop immigration,” she said. “People have a right to migrate.”

Annette Lin is a freelance journalist based in Mexico and Central America, where she covers immigration, culture and design.