Whose Brazil? Black Politics and Resistance in an Imperiled Democracy 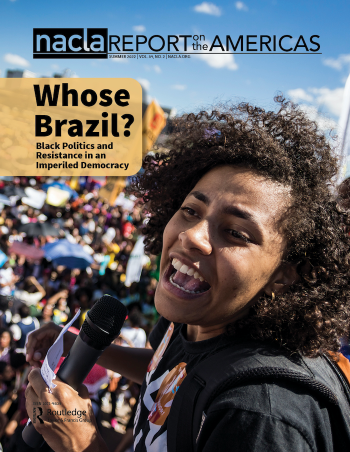 On the eve of Brazil’s general elections later this year, this issue of the NACLA Report seeks to view contemporary Brazil through the lens of racial justice and to discuss crucial issues debated in social movements, the public sphere, and universities that have guided the course of national politics. With fascism on the rise globally and Brazilian democracy in agony, the world will turn its gaze this year toward the country’s general elections. In this context, this issue attempts to highlight the effects of racism, sexism, patriarchy, and exclusionary policies on Afro-Brazilian populations and to showcase how Black people in this corner of the diaspora resist, organize, and stay alive.

Read the full editor's introduction. And check out our web exclusive content. 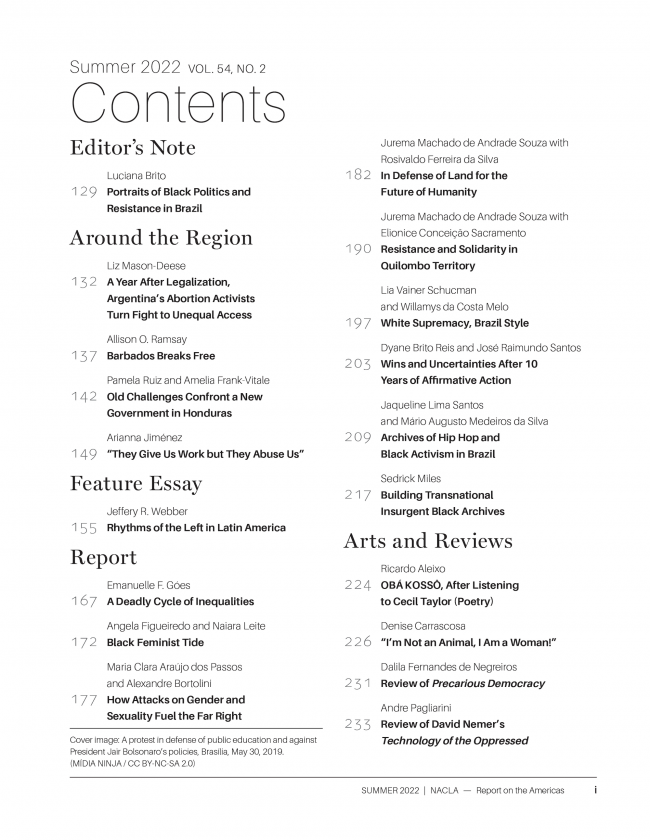