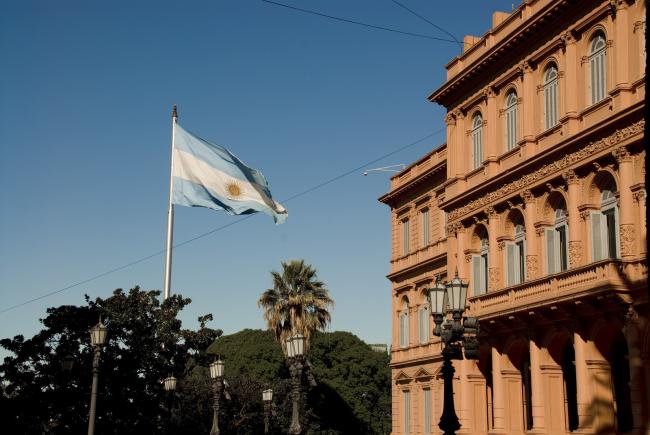 In elections marked by historically low turnout at 71 percent, the ruling Peronist coalition, Frente de Todos, experienced a heavy blow in Argentina’s midterm elections, losing in 15 out of the 24 electoral districts in the country. The center-right Juntos por el Cambio carried 42 percent of the vote at a national level, against 33.5 for Frente de Todos, and was the main winner in the November 14 elections. In the city of Buenos Aires, Juntos defeated Frente de Todos by more than 20 points. Against the backdrop of this solid defeat, the “extremes” performed particularly well, signaling a growing discontent with the “political caste” and the party system.

The causes for growing disillusionment with the Peronist government have long been building. In 2019, Alberto Fernández and Cristina Fernández de Kirchner were able to unite all currents within Peronism—which had been fragmented in many wings since the 1980s—behind their ticket for the presidential elections. The main goal was to defeat Mauricio Macri in his reelection bid with the promise of reverting his government’s austerity policies. Once in power, however, they did not deliver.

Then, in mid-2020, the long and strict lockdown due to Covid-19 hit the precarious working class hardest, leaving tens of thousands of irregular workers unprotected and with no recourse to make a living. Although the government implemented an emergency cash transfer for the poor called Ingreso Familiar de Emergencia (IFE) when the pandemic began, it was rolled back at the end of 2020 as the government started new negotiations for refinancing foreign debt with the International Monetary Fund (IMF). Support among the poorest sectors of the working class weakened as the housing crisis reached a state of emergency. A wave of land occupations spread in the midst of the pandemic, and the national government, together with its partners in the province of Buenos Aires, responded with evictions and repression, giving only marginal concessions to some families.

During the last two years of Peronist government, the downward trend in real wages, which started in 2015, continued unabated. Meanwhile, prices of food, utilities and basic goods kept increasing: inflation surpassed 50 percent over the past year. Poverty swelled to reach just above 40 percent of the population, and the government implemented austerity policies, like reducing retirement pension benefits, as it tried to reach a new agreement with the IMF.

On top of these economic reasons, several scandals undermined the Fernández-Kirchner government. In early 2021, when access to vaccines was restricted to high-risk individuals, numerous politicians and friends of elected officials received shots even though they did not qualify. Information on what the press called the “VIP vaccination site” outraged the public. As a result, the Minister of Health, Ginés González García resigned. But the damage was done, and the public’s perception of the party was tainted.

Mishandling the purchase and distribution of vaccines further eroded the government’s popularity, despite relatively high vaccination rates in Argentina compared to other Latin American countries. Just before the primaries in September, a photo was leaked to the press picturing the president blatantly disregarding Covid-19 precautions. The photo was from the first lady’s birthday party in July 2020—at the height of the pandemic and during the most restricted lockdown—and showed the president and a dozen other people celebrating together without masks or social distancing.

A Defeat Dressed as Victory

The results of the elections are unequivocal: numerous strongholds of Peronism fell to the hands of the opposition, including La Pampa, Chubut, and Santa Cruz. It is also the first time in history that a coalition of all the main currents within Peronism lost the elections in the province of Buenos Aires. The Peronists’ defeat in these key provinces means that Peronism will lose quorum in the senate for the first time in 38 years.

Despite the blow to his party, President Fernández celebrated the election results. Since the September primaries, the ruling party had anticipated this setback. Argentina has mandatory and simultaneous primaries for all parties, which means that the outcomes are usually a close estimate of what the general elections will look like. The results of the primaries painted a gloomy picture for the Peronist coalition, losing 17 out of the 24 provinces. Between the primaries and the general elections, the ruling party managed to revert the results in two provinces—Chaco and Tierra del Fuego—and narrow the gap in the province of Buenos Aires from 4.5 to just above 1 percentage point. Fernández decided this was reason enough to celebrate.

So what changed between the primaries and the November elections? A slightly higher turnout likely favored the incumbent party. In addition, many opposition candidates were defeated in the first round, so some of the votes for primary challengers may not have translated into votes for the opposition’s primary winners. After all, Juntos is a coalition of different parties. Lastly, an assistance program (“plan platita”) launched right after the defeat in the primaries funneled cash into some key areas in the province of Buenos Aires, where Peronism has an extensive clientelist network.

Yet, the results still represent a blow to the ruling coalition.

Still hurting from Macri’s presidency and newly disappointed by the Peronist government, more and more people turned towards political extremes. The rise of far-right candidates and the outstanding performance of the Left in this election may be harbingers of more polarization and radicalization in the near future.

Far-right candidate Milei became known by going to talk shows to blast the “political caste,” railing against taxes and the state, and advocating for tough-on-crime policies. He defends Jair Bolsonaro and Donald Trump, denies climate change, speaks against abortion rights even in cases of rape, and boasts an anti-left rhetoric that is reminiscent of the military dictatorship. Milei won 17 percent of the votes in the city of Buenos Aires. His popularity was fostered by widespread disillusion with the two main parties and boosted by the absence of former President Macri on the ballot. His counterpart in the province of Buenos Aires, José Luis Espert, also did well for a first run, but the phenomenon is—for now—limited to these two electoral districts.

On the other side of the political spectrum, the Left Front had its best elections since its foundation in 2011, with some 1.3 million votes nationwide and record-high numbers of votes in several districts, such as the province of Buenos Aires (6.81 percent), the city of Buenos Aires (7.76 percent), Jujuy (25.1 percent), Chubut (8.54 percent), and Neuquen (8.19 percent).

The Left Front (or FIT-U) is an electoral coalition composed of four revolutionary Marxist parties. It was first formed in 2011 as a defensive measure against a restrictive electoral reform aimed at excluding small parties. The party won four seats in the lower house in the latest election.

The FIT-U offers a radical platform demanding that laboratories producing vaccines be nationalized and placed under workers’ control, an emergency universal income, and the disavowal of the foreign debt—ceasing payments immediately—to boost social spending. To fight unemployment, the FIT-U demands a six-hour workday without wage reductions, creating more jobs. The Left Front has also been the most consistent advocate for abortion rights—a demand won last year after a years-long fight—as well as at the forefront in many of the most important episodes of class struggle in the past two decades.

The FIT-U bloc in Congress will play a prominent role in opposing a new agreement with the IMF and the austerity policies inevitably attached to it. Although far from leveraging enough seats to obstruct the deal, FIT-U members (notably, Nicolás del Caño and Myriam Bregman) have skillfully used their seats and public profiles to foster working-class organizing on the ground, in workplaces, and in street mobilizations. This voice of the Left in congress will be attractive for those disillusioned with Peronism and looking for alternatives as austerity sets in. In its absence, the decline of Peronism would only strengthen the Right, or worse, the populist far right.

The celebrations by the two main contending coalitions conceal weaknesses in both parties. On the one hand, both forces lost an impressive number of votes from the 2019 general elections: 5.2 million fewer votes for Frente de Todos, and 1.7 million fewer for Juntos. On the other hand, both coalitions are also deeply divided. In the governing coalition, the electoral defeat aggravated the already tense alliance between Kirchnerism and other Peronist currents.  Since its rise in the early 2000s, Kirchnerism has embraced a veneer of championing human rights, progressive economic policy, and the expansion of social rights. Little more than the discourse remains. A combative discourse toward the IMF has been a centerpiece of Kirchnerism’s political identity, although refusing to pay the foreign debt or rejecting the IMF altogether was always off the table. Other leaders within Peronism, including Fernández and Sergio Massa, represent a more conservative wing, less fond of human rights organizations and more eager to implement austerity policies and sign a new agreement with the IMF. The results have caused a relative strengthening of Fernández, a higher likelihood of a new agreement with the IMF, and a new set of austerity policies.

The neoliberal opposition of Juntos por el Cambio also faces internal disputes, with Macri sidelined by his own party but trying to take back the center stage for the 2023 presidential elections. He will have to contend with Buenos Aires Mayor Horacio Rodríguez Larreta, current leader of the Juntos coalition and—strengthened by the electoral wins—showing aspirations to the presidency in 2023.

The party divisions and falling popularity of Peronism, particularly in poor districts such as areas of greater Buenos Aires, create space for new political movements to emerge or grow. Peronism has historically been an obstacle for the working class to build its own, independent political instrument and program. The class-conciliation character of Peronism, combined with a strong nationalist rhetoric and punctuated with generous concessions to the working class in moments of labor unrest, has consolidated this “barren marriage”—to paraphrase Mike Davis—between the working class and a nationalist bourgeois party. The weakening of its hegemony can offer an opening for a working-class, socialist alternative.

Juan Cruz Ferre was born in Argentina. He is an MD and a Ph.D. candidate in Sociology at the City University of New York.