In the name of free enterprise, freeways, and the freedom to buy, city air has been made unbreathable. The car is not the only guilty party, but it is the one that attacks city dwellers most directly.
Tweet
Eduardo Galeano
February 9, 2015 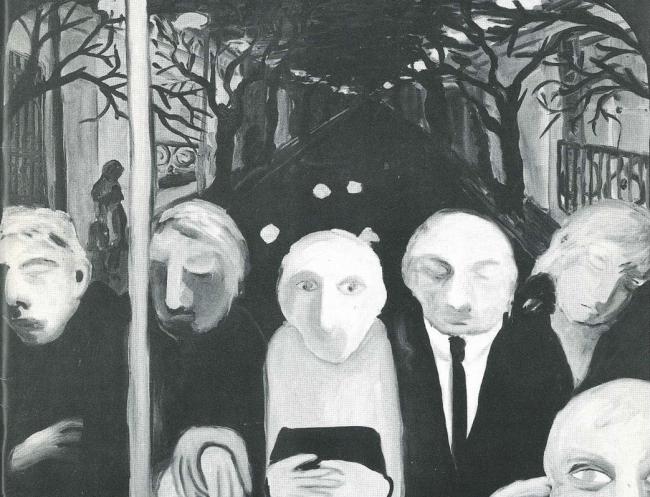 Kidnapping of the ends by the means: the supermarket buys you, the television watches you, the automobile drives you. The giants that make cars and gasoline—businesses nearly as juicy as arms and drugs—have convinced us that the motor is the only possible prolongation of the human body.

Under the dictatorship of the automobile, the vast majority of people in our cities have no alternative but to pay to travel, like sardines in a can, on crumbling and scarce public transport. Latin America’s streets never have room for the bicycle, that scorned vehicle, symbol of backwardness when it’s not used for recreation or sports.

Consumer society—that eighth wonder of the world, Beethoven’s tenth—imposes its own symbolism of power and its own mythology of social advancement.

“Your car is your best friend,” the commercial proclaims. Vertigo on wheels will make you happy: “Live your passion!” offers another ad. Advertising invites  syou to  become part of the ruling class with the magic little key: “Get it your way!” orders the voice that gives the orders of the market, and “Show off your personality!” And if you put a tiger in your tank, according to the billboards I recall from my childhood, you’ll go faster and be more powerful than everybody, and you’ll crush whoever gets in your way on the road to success.

Language creates the illusory reality that advertising needs in order to sell. But in the real reality, the instruments created to increase the domain of liberty end up helping to hold us in jail. The car, machine for saving time, eats up human time. Born to serve us, it puts us at its service. It obliges us to work more and more hours in order to feed it. It robs our space and poisons our air.

In the name of free enterprise, freeways and the freedom to buy, city air has been made unbreathable. The car is not the only guilty party in the daily crime of violating the world’s air, but it is the one that attacks city dwellers most directly.

The ferocious volleys of lead that get into your blood and attack your nerves, liver and bones, are devastating, above all in the southern realms of the world where neither catalytic converters nor unleaded gasoline are obligatory. But in cities throughout the planet, cars give off most of the gases which poison the air, infect the bronchial tubes and eyes, and are suspected of causing cancer.

According to environmentalists, every child born in Santiago de Chile breathes the equivalent of seven cigarettes daily, and one out of every four children suffers from some form of bronchitis.

A Brazilian friend flies to the city of São Paulo. On the plane, he meets a tourist from Singapore. Singapore is, as we all know, one of the “Asian tigers” that the international technocracy sells us as miracles born of the freedom of money and the absence of the state.

My friend is left with his mouth agape: the tourist is a public schoolteacher in Singapore and she earns 15 times as much as a Brazilian teacher, because in Singapore the state does not neglect education. In the airport, another surprise hits when they climb into a taxi for the city center: the cost of an equivalent trip in Singapore is 15 times less, because in Singapore the state gives hefty subsidies to public transport. When they reach downtown, the streets of São Paulo are choked with traffic, and the air is a gray curtain. Amidst the clamor, enemy of ear and soul, my friend manages to hear a third surprise: in Singapore, the state limits the circulation of private cars with high taxes and tariffs.

In an official publication from the end of last year, Mexico City authorities offered a few pieces of “ecological advice” that seem to have been inspired by the darkest prophets of the apocalypse. The Metropolitan Commission for the Prevention and Control of Environmental Pollution recommends, and I quote, that on very polluted days (and nearly all are) the residents of this city “should go out of doors as little as possible, keep doors, windows and vents closed, and not exercise between 10 a.m. and 4 p.m.”

Those who know about ancient Greece say the city was born as a meeting place for people. Is there any room for people in these immense garages? A little before the “ecological advice” was published, I went for a stroll on the streets of Mexico City. I walked for four hours amid groaning motors. I survived. My friends gave me an effusive welcome, then they gave me the name of a good psychiatrist.

The automobile kills a multitude every year all over the world. In many countries, the statistics are questionable or non-existent or out-of-date. The most recent world-wide estimate available (from the Washington-based Worldwatch Institute) indicates that no fewer than 250,000 people died in traffic accidents in 1985. Not even the Vietnam War killed as many people in a single year.

In Germany, to give an example from a country of well-kept statistics, in 1992 there were five times as many deaths from cars as from drugs. In just that year, the car killed twice as many Germans as has AIDS in the ten years since it appeared.

Throughout the world, transport is the primary cause of death among young people—more than disease, drugs or crime. A massive international publicity campaign warns young people every day about the risks of sex in the time of AIDS. Why isn’t there a similar campaign about the dangers of the automobile? Is a driver’s license equivalent to a license to carry a gun?

To travel by bicycle on the streets of any large Latin American city, which have no bike lanes, is a most practical way of committing suicide. In the countries of the South of the planet, where laws exist to be broken, there are many fewer cars than in the North, but the cars kill many more.

Why must Latin Americans who do not have their own car–the immense majority of whom cannot and will never be able to buy one–remain condemned to stand watch on corners, with no alternative but to wait for the occasional bus? Why must they remain obliged to buy tickets that eat up a healthy part of their feeble wages, without any alternative? Why don’t they open protected lanes for bicycles on the main avenues and thoroughfares before it is too late?

Perhaps some Latin American cities, the most Babylonian, have already passed the point of no return on the road to their own ruin. But in others it would be perfectly feasible to create an auto-free zone.

Cars don’t vote, but politicians are terrified of causing them the slightest displeasure. No Latin American government—civilian or military, right, center or left—has dared to challenge motorized power.

It is true that recently Cuba has become filled with bicycles. But that didn’t happen during the 30-odd years of revolution when Cuba could have chosen that cheaper vehicle which does not dirty the air and which requires no more fuel than human muscle. No. Bicycles appeared massively in Cuba when there was no other choice, because not a drop of oil was left: not as an embraceable joy, but as an inevitable calamity.

Not even revolutions, which no one could deny sought change, proposed even the most elementary steps to diminish their dependence on the omnipotent corporations that dominate the world’s trade in automobiles and oil.

We Latin Americans have swallowed the pill that the hell of Los Angeles is the only possible model of modernization: a vertiginous superhighway that scorns public transport, practices velocity as a form of violence, and drives people out. We’ve been taught to drink poison, and we’ll pay any price as long as it comes in a shiny bottle.

There is no colonialism worse than one that conquers our heart and snuffs out our reason.

This article originally appeared in NACLA’s 1995 edition “Urban Latin America, Life in the Megacity.” At time of the publication of this article, author Eduardo Galeano’s most recent work was We Say No: Chronicles 1963-1991 (Norton, 1992). Eduardo Geleano 1995; translation © Mark Fried 1995. Published by permission of Susan Bergoltz Literary Services, New York.