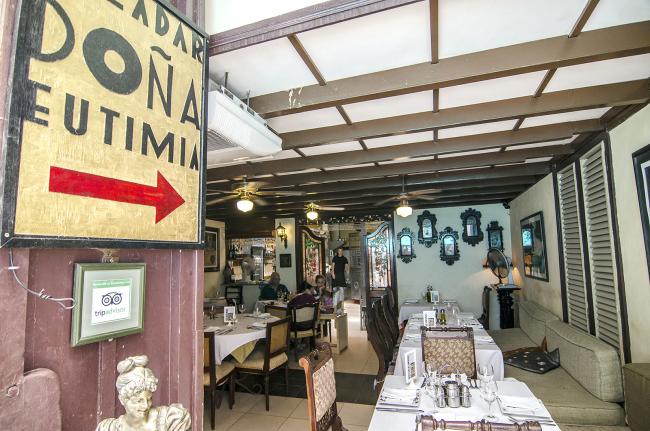 Each morning outside of Miami International Airport’s Concourse E, hundreds of Cubans gather to check in for one of eight daily charter flights to the island. Nervous excitement pervades the air as bleary-eyed families closely guard suitcases, bundles of medication, or otherwise unwieldy packages wrapped for protection in translucent blue cellophane. And yet, though desperate to see relatives and reunite with loved ones, passengers can’t help grumbling about the long lines, excessive costs, and general bureaucratic hassles complicating both ends of their geographically short journey home. Indeed, by the time check-in and arrival procedures are completed, a 40-minute flight may have taken six hours or more.

Recently, such routine headaches have turned into migraines. In early July, and without warning or public debate, Cuban customs authorities revised policies that govern the importation of goods to the island by individual travelers. Sarcastically described by one blogger as the “aduanazo” (aduana being the Spanish word for “customs”), the new rules sharply cut the number of items in a range of highly specific categories (soaps, CDs, underpants, canned foods, etc.) that residents and visitors alike can legally bring into the country. Travelers carrying parcels and electronics already faced applicable, often steep, import taxes, justified as a way to redistribute some of the wealth that better-off, internationally connected Cubans were bringing into the country. Taking effect at the start of September, additional restrictions and levies now aim to cut back on the imported personal goods circulating and driving illicit profits on Cuba’s black market.

The reaction to the new regulations on social media, and even from many supporters of the Cuban government, was correspondingly loud and swift. “One can import five bottles of shampoo,” riffed writer Alejandro Rodríguez Rodríguez in his blog Alejo3399, mocking what to him seems the arbitrariness of the legislation. “[But] I ask…will the tiny little bottles that Cubans steal from hotels around the world count as full units?”

More than a blow to Cuban families, this latest round of regulations represents a slight to the island’s emerging, primarily urban, services-oriented small business sector—a key piece to Raúl Castro’s plan to “modernize” Cuban socialism since becoming head of state in 2008. In the absence of robust, functioning wholesale markets, owners of larger private restaurants and bed and breakfasts as well as small street-side sandwich stands have been forced to rely on the people-to-people movement of dollars and products from abroad. Stemming the flow before an acceptable alternative has been put in its place seems to many like biting the hand that feeds.

Since the Obama Administration rolled back Bush-era restrictions on Cuban family travel in 2011, transnational ties between the island and its diaspora have blossomed. Nearly 600,000 U.S. travelers visited the island last year, mostly Cuban-Americans, carrying a hefty portion of the more than $5 billion, as documented by the Havana Consulting Group, now thought to make it to Cuba in cash and in-kind remittances annually. Cubans returning home from other parts of the world—Venezuela, Spain, and beyond—likewise bring back household appliances, televisions, and daily sundries.

Meanwhile, surprisingly compatible decisions in Havana and Washington have made it more feasible for island residents to pursue temporary travel abroad. In January 2013, a significant reform of Cuba’s migration laws went in to effect, eliminating the much-maligned “white card” (a form of exit permit) previously required for foreign travel and allowing Cuban residents to remain outside the country for up to 24 months. The United States, in turn, recently began issuing five-year multiple entry visas to qualified Cuban visitors, a notable change given the default posture treating virtually all applicants as “possible emigrants.” The result so far? According to government statistics, a record 180,000 Cubans travelled abroad in 2013—some on multiple occasions. More importantly, many came home.

Flourishing transnational networks have proven an under-reported though crucial and, some would argue, abused ally of the economic changes put in motion by Raúl Castro. Acknowledging that the Cuban government could no longer support a traditional state socialist architecture guaranteeing anything close to full employment, authorities devised a gradual, still rhetorically socialist scheme by which excess workers let go from inflated public payrolls would find work in an expanded, highly regulated small business sector. Such a strategy, officials argued, would better allow the state to preserve its role in areas like health and education—among the most frequently cited legacies of the Revolution. The launching of many such businesses, however, required an infusion of resources that the state was in no position to provide.

Enter the Cuban diaspora. Small business on the island, dubbed “self-employment,” first reappeared in limited fashion in the 1990s, during the depths of Cuba’s post-Soviet “Special Period.” Even then, remittances played a role. Since 2010, however, the Cuban state has begun treating the private sector as an economic necessity rather than a crisis-motivated concession to capitalism, driving budding entrepreneurs to turn to their relatives abroad even more frequently for support. Though both U.S. and Cuban regulations have generally prohibited the importation of goods to the island by Cuban-Americans for business ends, let alone direct investment, it is an open secret that cash and in-kind remittance flows in recent years have served precisely these purposes. Today, Miami provides a considerable chunk of the start-up capital and material inputs on which many of Cuba’s small enterprises—not to mention a still-thriving informal economy—depend.

A few examples suffice to demonstrate the thin line dividing formal from informal commerce. A flat screen TV gifted to a family member might end up playing music videos in a family-owned paladar (private restaurant). On the other hand, discount clothing items purchased in Ecuador—where Cubans can travel without entry visas—are routinely sold under the table out of Cuban living rooms. Today, everything from Colgate to Viagra can be found among the products hocked by informal vendors on Havana’s streets. One Hialeah, FL store even channels imported parts for cars manufactured in the old Eastern Bloc directly to private mechanics on the island.

So entrenched are these flows of goods that Miami-based, Cuban-run discount chains Valsán and ¡Ño Qué Barato! (Damn That’s Cheap!) have built a portion of their business models around bulk purchases for Cubans traveling to and from the island. Thus, many new private food stands in Havana boast the same electronic “Open” and “Closed” signs (in English) procured at one of these establishments. Want to get a manicure in an old state-run salon recently turned worker-owned cooperative? The nail polish probably came from Miami. Want to send cash to your relatives? Forget Western Union (which does operate on the island); a family friend probably knows a guy who can get them the $100 in 48 hours.

Legal or illegal, black market or grey, the workings of this transnational economy represent yet another triumph of Cuban ingenuity, filling in gaps in domestic Cuban production while undercutting the sale of imported goods (generally at higher costs and in more limited quantities) in state-run, hard currency stores. With new import restrictions taking effect, some Cubans are already predicting a concomitant rise in street prices for items highly in demand, particularly in better-off cities like Havana. Cuentapropistas—the local lingo for those working in one of 201 categories of “self-employment” now legal on the island—may be even more hard-pressed to clear much of a profit after substantial licensing fees and taxes. Reforms once aimed at taking the weight off of what Cuban officials have called “the daddy state,” albeit at the risk of intensified class stratification, may now be undermined, limiting the ability of the private sector to absorb further employees cut from state ranks.

The aduanazo is only the latest example of the fit-and-start dynamic characterizing private sector expansion in Cuba under what authorities call an “update” of the island’s “social and economic model.” The initial 2010 announcement of new self-employment opportunities prompted a flood of license applications. However, as individual Cuban entrepreneurs stretched the narrow terms of their individual permits, arguably filling legitimate market needs or creating new demands, state officials occasionally cracked down. Thus, in the fall of 2013, vendors reselling cheap imported clothing under the guise of being “seamstresses” were told to abide by the specific terms of their licenses or face mandated penalties. Similarly, private 3D movie theaters and video game salons technically registered as private restaurants (refreshments were sold on the side, while projectors and consoles came via Miami) were shut down entirely. In response, respected island intellectuals called on the state to authorize and regulate such activities, rather than prohibit them out of hand.

Because of such challenges, private sector growth risks becoming anemic. As economic czar Marino Murillo told members of the National Assembly in July, 467,000 members of the Cuban population are currently self-employed, including some real success stories. Two years ago, the Old Havana eatery Doña Eutimia was listed by Newsweek among the 101 Best Places to Eat Around the World. It is difficult, however, to speak of an “entrepreneurial class” when many cuentapropistas are just getting by—performing, for instance, as stereotypical historic characters for tips in Cuba’s tourist centers (figuras costumbristas is the license category). 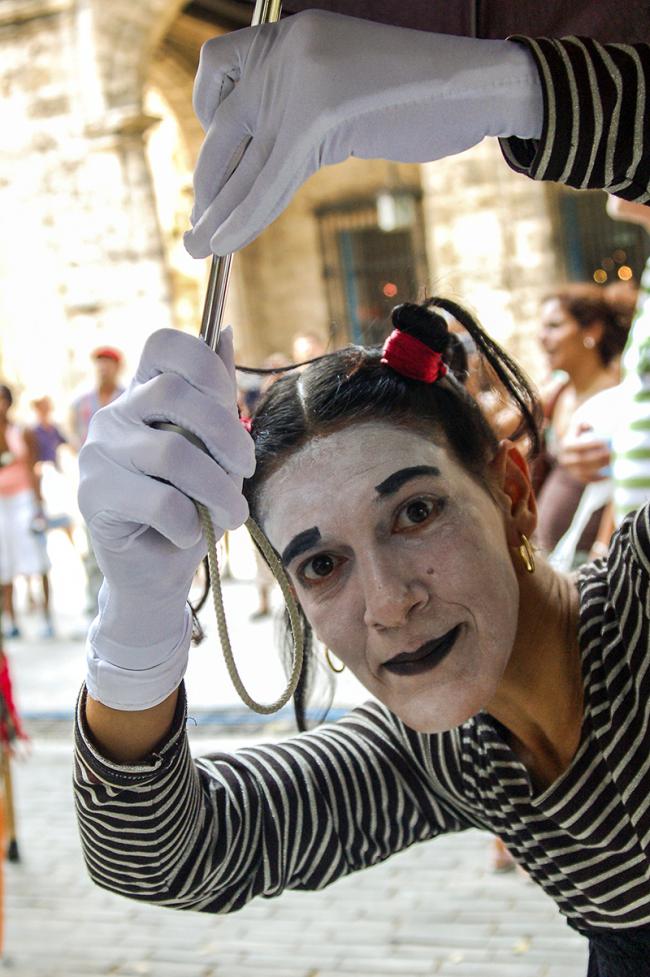 Meanwhile, according to a Brookings Institute study published late last year, some 575,000 private farmers now work lands in cooperatives, owned individually, or leased from the state under long-term agreements—another important component of Raúl Castro’s reform agenda geared toward upping domestic food production and decreasing (with sparse success so far) the island’s overall import bill. At slightly over one million, then, above-board, non-state employment on the island still remains notably short of the 1.8 million-strong private sector workforce Cuban Finance Minister Lina Pedraza projected for 2015 five years ago. Restricting the imports on which some cuentapropistas rely may aggravate the situation, forcing existing flows (and employment opportunities) further underground.

Recent economic headlines coming out of Cuba have focused mostly on macroeconomic developments set to generate activity from the top down: the opening of Mariel Port, the new Foreign Investment Law approved in late May, the Russian government’s decision to write off the vast majority of outstanding Cuban debt from the Soviet period, even the visit of the U.S. Chamber of Commerce, purportedly an omen of future U.S. investment. In this context, the aduanazo comes off like a poorly timed move that unfairly puts the squeeze on the little guy, fueling accusations from the left that Havana may be flirting with forms of state capitalism. After all, while the new customs measures may strike the biggest blow against transnational profiteers, Havana elites, and successful entrepreneurs with money to burn, Cuba’s poor, elderly, and marginalized populations will also feel the pinch, reliant as they are on informal markets for everyday needs as well as opportunities to make a buck. As Milena Recio put it in an incisive column for Progreso Semanal, referring to the corruption and inflated prices that still plague the state sector, “Hundreds of thousands of Cubans make a living from a market that is no more ‘black’ than the one that sets ‘golden’ prices and scandalous profit margins for the hard-currency [i.e. state-run] retail stores.”

No doubt many share her sentiments. As Cubans struggle to define just what an “update” of the prevailing “social and economic model” actually means or how far it will go, the contours of permissible grassroots economic life amid persistent forms of strict, top-down overregulation are liable to remain a serious bone of contention.

Michael J. Bustamante is a Ph.D. Candidate in Latin American history at Yale University and a former Research Associate for Latin America Studies at the Council on Foreign Relations in Washington, D.C. He has written for Foreign Affairs, TheRoot.com, the Cuban magazine Espacio Laical, and Current History, among other publications.