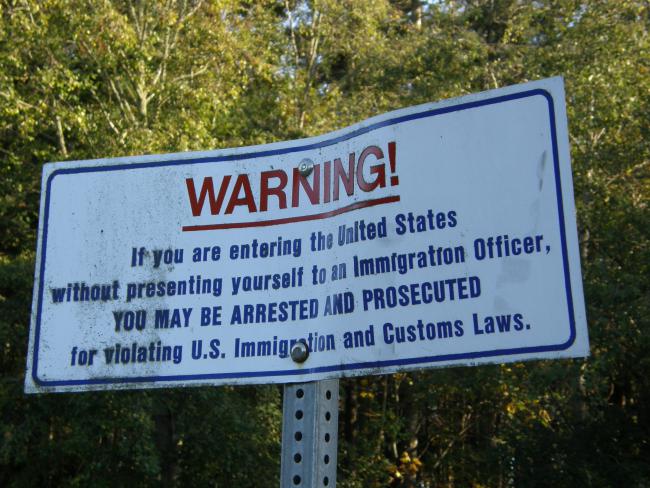 With thousands of unaccompanied Central American minors turning themselves in to U.S. immigration officials, a new conservative talking point holds that regional newspapers are inaccurately reporting on U.S. immigration policy, thereby creating a stampede of undocumented minors over the U.S.-Mexico border. But an examination of those newspapers shows the picture is more complicated than that.

The number of unaccompanied minors apprehended while crossing illegally into the country has shot up from less than 7 thousand in 2011 to 60 thousand since October, according to Customs and Border Protection. The vast majority of them come from the so-called “northern triangle” countries of Central America—El Salvador, Guatemala, and Honduras.

The reasons these young migrants are showing up in such large numbers are complex but clear. Poverty, political instability, and out-of-control violence in the “northern triangle”—much of it caused in part by a history of U.S. intervention—provide the obvious “push” factors. Many migrants hope to reunite with family members in the United States.

But prominent U.S. conservatives, including Sen. Ted Cruz (R-Texas) and Rep. Bob Goodlatte (R-Va.), are instead blaming the surge on President Barack Obama’s Deferred Action for Childhood Arrivals program (DACA), which allows many undocumented immigrants who arrived here as children to avoid deportation for a renewable two-year period. On Aug. 1, House Republicans, joined by a handful of Democrats, voted symbolically to end the program.

A Huffington Post review of Spanish-language and Latin American news reports found that while the region’s newspapers often failed to emphasize the June 2012 cutoff date, they otherwise covered DACA accurately and included enough detail about the program to raise serious doubts that newly arrived migrants would be eligible.

Newspaper reporting from the region on DACA at the time the policy went into effect did not generally emphasize that those who entered after June of 2012 wouldn’t benefit, though the reports often noted that applicants had to have lived continuously in the United States for five years. More recent reporting about DACA in the leading papers for the region do not, by and large, contain factual inaccuracies, but they also rarely mention that the program excludes those who arrived after the cutoff date.

That omission is not unique to Latin American journalism. Associated Press reports translated into Spanish also routinely fail to mention the DACA cutoff date, as do other foreign wires like Spain’s EFE.

At the same time, newspaper reporting in the region across the board has continued to cover Obama’s record-setting pace of deportations, belying the view advanced by some conservatives that Central American media has portrayed the White House as lenient when it comes to illegal immigration.

Carlos Arrazola, an editor at the Guatemalan digital news site Plaza Pública, cautioned against the idea that the spread of misinformation was prompting the mass migration of undocumented minors. “I don’t discard it entirely,” Arrazola said of the theory, “but I find it very difficult to believe. Fundamentally, what’s motivating the children to leave is to reunite with their parents.”

Rafael Amado, the communications director for Guatemala’s Ministry of Foreign Relations, also dismissed the notion that programs like DACA were prompting migration. “I don’t think that perception exists,” Amado told me. “At least here in Guatemala, the kids that people are sending don’t know much about DACA.”

Roque Planas is editor at Huffington Post, Latino Voices and has written about Latin America and U.S. Latino Politics for various publications. He currently sits on the NACLA board. An earlier version of this article originally appeared in The Huffington Post. Elise Foley contributed reporting.