It would be impossible to summarize Fernando Coronil’s work in a short essay, particularly when so little time has elapsed since his sudden death in August 2011. Moreover, a laudatory gloss would prove an inappropriate means of appreciating a scholar whose spirit of critical engagement was central to his contribution to anthropology, history, and Latin American studies. I thus offer a few reflections here on dimensions of his work that have provided challenges to my own scholarship. 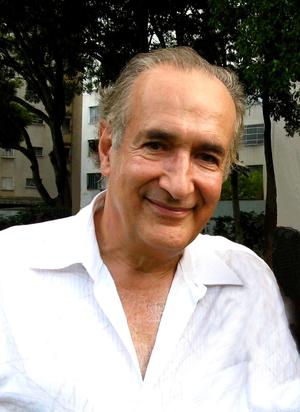 Photo Credit: Mariana CoronilHis essay “Beyond Occidentalism,” published in Cultural Anthropology in 1996, provided a provocative critique of parochial, regional, and national scholarship. “Occidentalism” for him was not the reverse of Edward Said’s Orientalism. Rather, Coronil urged us to reoriente “our attention from the problematic of ‘Orientalism,’ which focuses on the deficiencies of the West’s representations of the Orient, to that of ‘Occidentalism,’ which refers to the conceptions of the West animating these representations.” He was particularly interested in locating how understandings of Self and Other, so-called center and periphery, were relationally co-produced and then reified as bounded, autonomously created units, thereby disaggregating their relational histories and turning difference into hierarchy. In locating the key feature of Occidentalist projects, he pointed to “the ethnocentric hierarchization of cultural difference” that “is intimately connected to the deployment of global power.” Coronil was deeply fascinated by Venezuela, and nearly all of his work emerged from years of painstaking ethnography, interviews, and archival and media research. Nevertheless, “Beyond Occidentalism” sounded a strong warning that research on Latin American countries must form part of larger, relational projects.

Characteristic in this essay, as in so much of his work, Coronil denied his readers comfortable simplifications to replace the binary oppositions that he implicated and complicated. Moreover, Coronil was always deeply engaged in theory, but his use of it never involved the trotting out of sacred cows. Rather than simply invoking major theorists, he often focused on how they became implicated in what he referred to, in “Beyond Occidentalism,” as “the complicity of power and knowledge entailed in Orientalism.” He was just as quick to indict theoreticians for dissolving particular relational histories in broad universalist claims as he was to indict researchers who studied Latin American societies without “placing regional developments within global transformations, resisting the desire to privilege a bounded singularity or a determining totality.”

In The Magical State, one of the most widely read works by an anthropologist on Latin America, Coronil described his alternative as “oscillating between a critical localism and a critical globalism.” This created a fascinating texture in which he explored how the Venezuelan state constructed itself during the 20th century by mediating between what he described as its two bodies, social and natural. Coronil went beyond analyses that would locate the contradictions of Venezuelan history and society in the immanent economic effects of massive petroleum resources to view how both dictatorship and democracy were framed as magical acts that could pull modernity out of a hat.

His elegant analyses of alternative constructions of progress and modernity, invoking but not simply reproducing European or North American notions, created complicated fabrics that wove together ethnographic and archival detail with attempts to rethink the basic problems that emerge from political economy and social theory. One of the reasons this book crosses disciplines, becoming a crucial text for scholars of Latin America and beyond, was his capacity to engage historical and ethnographic perspectives in such a way that he could rethink fundamental historical assumptions and historicize ethnographic perspectives. Coronil joined anthropology and history at the hip.

The importance of Coronil’s collaboration with Julie Skurski, in their 2006 essay, “Dismembering and Remembering the Nation,” and their edited volume in which that essay is contained, States of Violence, is particularly striking. There they examine how the Venezuelan state was constructed through two acts of brutal repression: a massacre of rural Venezuelans in October 1988 and the violence that followed popular resistance to the imposition of neoliberal reforms in February 1989. The essay scrutinizes the Venezuelan state’s response to global economic transformations, of the sort that have recently brought the financial system to a state of near collapse, that were undermining its ability to magically create the illusion that it could bestow abundance and progress on the people by reproducing “ever more overtly its official image as the protector of an anarchic pueblo.”

Coronil dedicated years to researching the April 2002 coup against President Hugo Chávez, and he left behind a vast archive of interviews with coup insiders and close analyses of documents, including dueling videos that claimed to reveal “the truth” of the violence that provided a pretext for the coup. (An essay drawing on this research, “Venezuela’s Wounded Bodies: Nation and Imagination During the 2002 Coup,” appeared in the January/February 2011 issue of the NACLA Report.)

One of the fundamental gifts that Coronil gave to research on Venezuela was to challenge scholars to go beyond both celebratory and critical varieties of exceptionalism, beyond naturalizing the categories that too often confine scholarship to either national stages in Venezuela or small cadres of “Venezuelanists” in the north. He ruthlessly dared scholars to bring larger histories and perspectives into work on Venezuela and to do their research in such a way that its implications for larger debates are not only evident but read and debated by scholars globally. Coronil’s own scholarship provides models of how anthropologists and historians might approach this challenge and the sort of impact it can have.

I remember that Coronil once asked me to translate a phrase that he planned to use the next day in a conference on studies of colonial and postcolonial theorizing. The phrase, in reference to his own scholarly position, was una cucaracha en baile de gallinas. I loved the richness and perversity of this metaphor, a cockroach thrust into the middle of a dance of chickens. I read it as providing a clue to the productivity of his critical relationship to scholarship, perhaps particularly as a Venezuelan-born academic working in elite U.S. institutions: He was in the middle of the dance, feeling like an uninvited, and possibly vulnerable, outsider. Unfortunately, we can no longer count on Fernando Coronil himself to insistently ask how our work might be “intimately connected to the deployment of global power.” The scholarship he left behind will, however, keep disrupting the dance—and changing the beat.

Charles L. Briggs is Professor of Anthropology at the University of California, Berkeley.