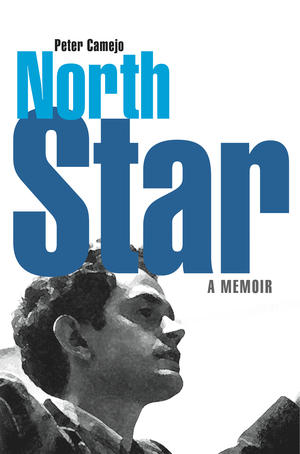 Peter Camejo’s life spanned the Americas and a startling range of roles, from student activist to presidential candidate, from internationalist organizer to stockbroker, and from environmental campaigner to candidate for governor. In the final decade of his life, Camejo was well-known as a third-party candidate for the Greens in California. Decades earlier, his leadership role in the Berkeley student movement led then governor Ronald Reagan to call him one of the state’s “10 most dangerous men.” Although Camejo died too soon in September 2008 from lymphoma, he left behind an unfinished yet enormously valuable memoir, North Star. Full of suspenseful storytelling and perceptive social commentary, the book above all offers fascinating insight into the problems of activist organizing and strategy.

Born in New York in 1939 to Venezuelan parents, Camejo grew up in Great Neck, New York; Coral Gables, Florida; and his family’s native city of Barquisimeto. The contrasts in this mixture of environments seem early on to have pushed him to a deep commitment to social equality. His family had wide connections among Venezuela’s elite, but Camejo was particularly proud of sharing his name with an earlier Pedro Camejo, the famous Afro-Venezuelan leader who served under Simón Bolívar during the War of Independence.

During his summers spent in Venezuela, he was struck by the difference in lifestyles of Venezuela’s upscale Bahía del Mar development and the workers’ shantytowns in the hills behind it, vowing to make the fight for social justice his life’s vocation. He relates a pivotal moment:

In Florida, Jim Crow segregation made a similar impression. As a 12-year-old he gave up a seat to a pregnant African American woman in the white section of a bus, despite the glares of the driver. In Great Neck, Camejo’s varsity soccer coach kicked two players off the team simply for being Chinese, prompting perhaps his first activist campaign: He tried, though unsuccessfully, to convince the rest of the team to quit in protest.

Camejo found his way to socialism in 1956, attending a planning meeting for running a candidate for governor. It was there that he met members of the Socialist Workers Party, joining the SWP Youth after he entered the Massachusetts Institute of Technology in 1958. Camejo’s commitment to socialism was consolidated further by a trip to revolutionary Cuba during the summer of 1960. On his return he toured the United States speaking in defense of the Cuban Revolution, and it was during this tour that he discovered his talent for public speaking. His Latin American background seems clearly to have made him more open to the dynamic appeal of the revolution and less inhibited by the narrow post-McCarthy political atmosphere in the United States.

In 1961 he moved to New York to become one of the leaders of the SWP’s new youth group, the Young Socialist Alliance (YSA), working with the civil rights movement and expressing the SWP’s support for Malcolm X. As the New Left movements grew, Camejo became one of the public faces of the SWP, which in late 1965 sent him to Berkeley to build the YSA in the midst of the anti–Vietnam War movement. There he joined the Vietnam Day Committee, becoming one of the key leaders of Oakland Stop the Draft Week in October 1967 and the “Battle for Telegraph Avenue” in June–July 1968.

Camejo’s almost day-by-day, hour-by-hour account of these campaigns is particularly valuable to activists, because in this section he allows us to follow his thinking, and that of other leaders, in response to the flow of events, as both threats and opportunities presented themselves across several weeks of intense political struggle. North Star thus offers today’s activists many insights into both broad strategic questions and the nuts and bolts of building movements in opposition to U.S. interventions across the globe. His political approach, as the memoir makes clear, was to try to build a broad anti-war movement, maintain a focus on the battle to sway public opinion, and avoid both adventurist traps that would isolate the movement and liberal attempts to co-opt it.

As the U.S. anti-war movement wound down, the SWP shifted Camejo to international work. He represented the party at meetings of the Fourth International and traveled on behalf of the SWP to visit Trotskyist parties in Latin America. During the 1960s, the SWP had, despite its support for the Cuban Revolution, sided with critics of foquismo, Che Guevara’s theory of socialist revolution, and Camejo had himself written a pamphlet, Guevara’s Guerrilla Strategy (1962), arguing that although guerrilla warfare might play an effective role as part of a mass uprising, relying on a small guerrilla force, or foco, to spark a revolution would in most cases lead to defeat.

The Fourth International was divided on this issue, with the Argentine Trotskyist movement splitting into two groups. Camejo provides an especially interesting account of the 1970s Argentine left, giving us a valuable look into the mind-set of the urban guerrillas on the verge of that country’s “dirty war.” He frequently traveled to Argentina to meet with the pro-SWP group, then called PRT–La Verdad, after the name of its newspaper. In 1972 he was invited to a clandestine meeting in Buenos Aires with the urban guerrillas of the People’s Revolutionary Army (ERP), during which he tried to persuade them to free the kidnapped Fiat executive Oberdán Sullustro on the grounds that killing him would weaken the movement rather than build support for it. The ERP dismissed his arguments—especially his warnings not to trust Soviet promises of arms—and Sallustro was later killed during a police attempt to free him. The ERP itself did not survive its armed confrontation with the Argentine state.

In 1976 the SWP leadership decided to run Camejo for president of the United States—a decision about which the SWP leadership seems to have been divided. On the one hand, the SWP wanted to take advantage of Camejo’s popularity as an anti-war leader and his ability to reach sympathetic but as yet uncommitted audiences. At the same time, they seem to have feared Camejo’s very appeal as a threat to the doctrinal “correctness” that defined the organization’s Trotskyist identity. Camejo himself hoped to run a broad campaign, one “not focused on recruiting more members to the SWP.”

He largely did so, despite what seems to have been a certain amount of sabotage from the SWP national office, winning 96,000 votes—and almost certainly a larger number that were not counted. This campaign was notable for the warm welcome he received in many Latino communities as the first Latino to run for president, and the support he received from leaders like Baldemar Velásquez of the Farm Labor Support Committee and José Ángel Gutiérrez of La Raza Unida Party.

Following the 1976 presidential campaign, Camejo returned to international work, and it was in this period that Nicaragua’s Sandinista Revolution marked a turning point in his political career, leading him to break with the SWP. His international work had been intended to spread the SWP’s perspective to Latin American Trotskyist and other left groups, but instead he found that the Sandinistas’ politics were closer to the views he had developed. Camejo recalls a transformational moment in early 1980 while listening to a young Sandinista cadre speak at a neighborhood rally in Managua:

The way he communicated . . . was what I had always tried to say; but he used only clear, understandable words and his message built on the living history of Nicaragua and the consciousness of the workers and their families who were listening. . . . That is why this movement had won.

And, he argued, that was why the Trotskyist parties he had been working with had largely remained isolated sects. In contrast, Camejo’s political instinct was to constantly search for a way out of the isolation of the left, even when he felt constrained by the SWP’s organizational discipline. The crystallization of this populist vision put Camejo on a collision course with the SWP leadership, which was then moving in an opposite direction and hardening further into an isolated sect.

Pushed out of the SWP along with a number of other members whose work had been dismissed as “middle class,” Camejo returned to the San Francisco Bay Area. During the 1980s, he dedicated himself mostly to working on behalf of the Salvadoran and Nicaraguan revolutions, helping in particular to build the Committee in Solidarity With the People of El Salvador (CISPES), as well as the North Star Network and its magazine, The North Star, both of which took their name from the Liberty Party newspaper founded by Frederick Douglass.

The North Star, Camejo wrote, is “one of the greatest symbols for justice stemming from the history of our people . . . a symbol in my life of both the goal and the guiding light on the road ahead.” Drawing on the legacy of abolitionism during the Reagan era was Camejo’s way of following the young Sandinista’s example: creating a message “built on the living history” of the United States. Unfortunately, he did not have time to write a fuller account of his role in the Central American solidarity movements during the Reagan era and his thinking about the strategic difficulties they faced.

During this period a friend helped Camejo get a job as a stockbroker at Merrill-Lynch, where he quickly developed an interest in socially responsible investing (SRI). In 1987, Camejo founded Progressive Asset Management, a brokerage firm specializing in SRI that became his institutional base. Readers will wish here that North Star provided an assessment of the rather tricky footwork involved in pursuing a progressive, democratic rights agenda amid the milieu of liberal investors, however socially responsible.

In 2000 Camejo returned to electoral politics. Despite his SRI career, he had not drifted into the orbit of the Democratic Party but had maintained his opposition to the two-party system, registering as a Green in -California when that party was founded in 1992. He ran for governor of California in 2002, 2003, and 2006, and as Ralph Nader’s vice presidential candidate in 2004; his appearance in support of the Nader campaign was “by turns fiery, funny, and folksy,” as the Berkeley campus paper put it. His account of these campaigns, although one-sided, is well worth studying for its portrayal of the contradictions and dilemmas facing any progressive/left independent electoral campaign.

It is unfortunate that Camejo did not have time through further drafts to assess this history more deeply. But his memoir, though incomplete, provides a valuable inside view of many key political movements across both North and South America during the last 50 years.

Steven Hiatt worked with Peter Camejo in the North Star Network during the 1980s and was editor of the group’s magazine, The North Star. He is the editor of A Game as Old as Empire: The Secret World of Economic Hit Men and the Web of Global Corruption (Berrett-Koehler Publishers, 2007).