Colombia cultivated a special relationship with the Israeli military during the 2000s, increasing the intervention of foreign forces in its internal conflict. Now, the Israeli government is attempting to cash in by enlisting Colombia’s UN vote against Palestinian statehood in September.
Tweet
Nazih Richani
Cuadernos Colombianos
7/18/2011 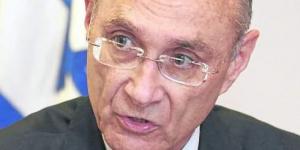 Uzi Landau (Photo: Claudia Rubio /EL TIEMPO)In light of an imminent Palestinian declaration of independence in September before the UN General Assembly, Israel is pressuring the Colombian government of President Juan Manuel Santos not to recognize Palestine statehood. This was the primary objective of the Israeli Minister of Infrastructure Uzi Landau's meeting with Santos last week. Since Santos was Minister of Defense under the Alvaro Uribe presidency (2002-2010) he has developed strong ties with Israel. This relationship included the purchase of weapons, hiring private security companies, and intelligence services.

But it is important to note that the Israeli footprints were evident in the Colombian conflict years before Santos. Since the 1980s, the retired army officer turned mercenary Yair Klein, trained the right-wing death squads of the narcotraffickers Pablo Escobar and Gonzalo Rodríguez Gacha. Carlos Castaño and Salvatore Mancuso were both leaders of the United Self-Defense Forces of Colombia (AUC), a right-wing paramilitary group that received military training in Israel.

Consequently, Santos only reinvigorated the relationship and upgraded it to the state level. Now with Santos as president, the Israeli government is attempting to cash in by enlisting Colombia’s "no" vote in September. Would Colombia be among the very few in Latin America to object to the aspirations of the Palestinian people's right to self-determination?

For some context in the evolution of the relationship between Colombia and Israel I provide (below) a segment of a cable sent from the U.S. embassy in Bogota describing the relationship and the significant role of Israel in the conflict.

“Colombia's defense cooperation with Israel cooled during the 1980s and 1990s, when some Israeli mercenaries

officials to help provide training and advice in the fight against the FARC and other terrorist groups.  A contact

within the Colombian Ministry of Defense (MOD) told us that this new relationship dates back to December 2006.

Over the last two years, Embassy officers visiting the MOD and Colombian military have observed an increased

(S) Israeli contractors support the GOC through arms sales, military training, and the provision of strategic

forces, particularly related to high value targets (HVTs). In 2005 and 2006, there was significant frustration among

intelligence backgrounds to help in this regard.  Israeli contractors have also made recommendations to the GOC on