When the bodies of two female reporters were found dead in Mexico City last Thursday, public opinion questioned whether their murder should be investigated as a crime against free expression or a crime against women. Before any evidence was gathered, it was assumed that they were killed because they were reporters on the trail of information that somebody didn’t want uncovered. The second supposition was that they were killed simply because they were women.
Tweet
Fred Rosen
Mexico, Bewildered and Contested
9/6/2011 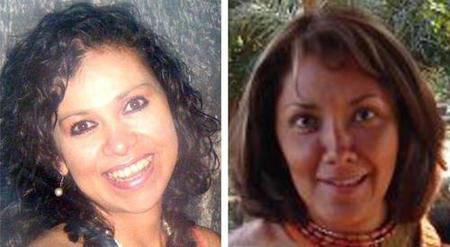 Reporters Marcela Yarce y Rocío González Photo: NotimexWhen the bodies of two female reporters, strangled and beaten, were found covered by a canvas tarp in the Iztapalapa section of Mexico City last Thursday, public opinion differed as to whether their murder should first be investigated as a crime against free expression or a crime against women. The first supposition, before any evidence was gathered, was that they were killed because they were reporters on the trail of information that somebody—perhaps somebody with friends in high places—didn’t want uncovered. The second supposition was that they were killed simply because they were women—by men who, for one reason or another were unlikely to be apprehended.

It is quite possible, of course, that they were murdered for reasons having nothing whatever to do with the current climate of fear and impunity in Mexico. But given the occupation and gender of the two victims, bold headlines and informal conversations centered on the likelihood that it was yet another attack against reporters or yet another attack against young women. As we write, the case and the motives behind the killings remain unresolved.

Ana María Marcela Yarce Viveros and Rocío González Trápaga were apparently murdered some time last Wednesday night. Their bodies were found on Thursday morning near a cemetery in Iztapalapa. González Trápaga was a reporter for Televisa, one of Mexico’s two principal television networks. She was also the director of social communication for the Fund for the Promotion and Guarantee of Workers’ Consumption (FONACOT), a government-backed credit agency. Yarce Viveros was a founder of the investigative magazine Contralinea. They had apparently been working together on a story about real estate in Mexico City.

Soon after the bodies were discovered, the Federal Attorney General’s office announced that its Special Prosecutor for Attention to Crimes Committed against Free Expression would cooperate with Mexico City police in the investigation of the case. On the same morning, the chief Mexico City Prosecutor announced that his office would investigate femicide as one of the possible motives of the crime.

The profession of investigative journalism, one of the chief instruments against corruption and impunity, has become a dangerous calling in Mexico. The National Commission for Human Rights has documented eight murders of reporters and editors this year, and 74 since 2000. There is no telling just how effective these murders have been in holding back the serious investigation of crime, corruption, and impunity in Mexico.

At the same time, according to human rights groups, the frequency of femicide (the killing of women simply for being women) has been holding steady over the past decade at perhaps about a thousand per year. These killings may or may not have much to do with the rise of organized crime, but the inability—or unwillingness—of authorities to do anything that might bring an end to this rash of murders has contributed to the climate of fear and impunity that has allowed organized criminals to prosper.