Convicts, Collateral Damage, and the “War on Drugs” in the U.S.-Mexico Borderlands

Two recent cases from southern California provide insight into the identity of those who smuggle drugs across the international boundary between Mexico and the United States. More importantly they highlight how the ludicrous “war on drugs” produces casualties of many sorts.
Tweet
Joseph Nevins
Border Wars
12/4/2012

Two recent court cases in southern California provide insight into the identity of those who smuggle drugs across the international boundary between the two countries. But more importantly what they do is highlight how the ludicrous “war on drugs” produces casualties of many sorts.

Eugenio Velázquez, 51, is a U.S. citizen who resides in Tijuana. He is also one of that city’s most prominent architects. U.S. border authorities arrested him in March while he tried to enter the United States from through the official port of entry in San Ysidro (part of San Diego), California, after finding more than 12 kilos of cocaine concealed in his vehicle.

In June, he pleaded guilty “to knowingly and intentionally importing the cocaine,” reports the San Diego Union Tribune and is scheduled to be sentenced later this month.

Maximino Melchor Vázquez was, until recently, a member of Tijuana’s classical music community. Sheriff’s deputies arrested the 23-year-old trained tenor who enjoys singing opera and traditional Mexican music, in September near Camp Pendleton, a U.S. Marine base north of San Diego. They caught him transporting 44 pounds of crystal methamphetamine.

The young man, a member of the Tijuana musical ensemble, Opera Ambulante, pleaded guilty in November to drug trafficking charges in San Diego Superior Court. According to the Union-Tribune, he received a nine-year sentence, at least half of which he will have to serve in prison.

In addition to challenging the stereotype of who smuggles narcotics, what the two men share is that both might very well be victims of the very drug trafficking syndicates that the authorities who arrested, charged, and convicted them claim to combat. 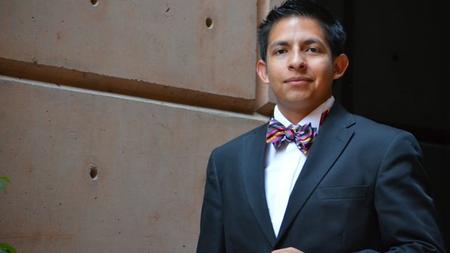 Melchor has remained tight-lipped about the circumstances that resulted in his transport of the drug. But his lawyer, John R. Rodriguez, asserts that his client acted under duress, and did so to protect himself and his family. According to his attorney, “He was propositioned in a way that it would put everybody at risk if he simply walked away.”

Velázquez, for his part, has been more forthcoming. In a recent letter to the news media in Tijuana, he explains that his actions were “the result of a situation of high risk, threat, and intimidation.”

U.S. Immigration and Customs Enforcement (ICE) spokesperson Lauren Mack coldly says that such claims are to be expected: “It’s very common for drug smugglers to claim coercion after they’ve been caught.” She uselessly advises those who feel that “they are in harm’s way if they don’t smuggle . . . .  to contact authorities and let them know before they get caught.”

While one can’t know for certain what actually transpired in the events that led to their arrests, Eugenio Velázquez and Maximino Melchor Vázquez appear to be among the more sympathetic individuals tragically ensnared by the seemingly endless drug war. Regardless of what they did and why, their cases demonstrate that it is the war itself that is the crime. It produces countless victims—whether “innocent” or “guilty”—while fueling the very practices that allegedly necessitate the "war" that is supposed to extinguish them.