Is it Safe to Party in Cancún?

On a visit to Mexico last month Secretary of State Hillary Clinton said she greatly admired President Felipe Calderón for the offensive he had unleashed against organized crime, and was proud of its results. On the other hand, the consulting firm Strategic Forecast, Inc. (Stratfor) issued an alert last week, warning that spring-breaking U.S. college kids faced risks in virtually all the Mexican hotspots typically visited over their spring vacations.
Tweet
Fred Rosen 3/15/2012

Double Messages? On a visit to Mexico last month Secretary of State Hillary Clinton said she greatly admired President Felipe Calderón for the offensive he had unleashed against organized crime, and was proud of its results. Washington, she said, would maintain its support. The State Department has constantly praised Calderón’s hard line against organized crime and drug trafficking. 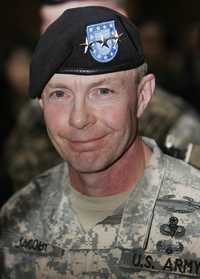 On the other hand, the consulting firm Strategic Forecast, Inc. (Stratfor) issued an alert last week about vacationing in Mexico. The alert warned that spring-breaking U.S. college kids faced risks in virtually all the hotspots typically visited over their spring vacations. While the warring drug cartels don’t typically target foreign students, the report warned, it was easy to get caught in a cross fire. The report was echoed by the Texas Department of Public Safety, advising U.S. partiers not to travel to Mexican resorts characterized by high levels of insecurity.

Many of the resorts frequented by vacationing students are also important port cities on the Gulf or Pacific coasts, and are used by traffickers to move illicit cargo into and out of the country. Stratfor singles out the Pacific port of Acapulco, an old favorite for vacationers, as being particularly dangerous, having experienced about 200 assassinations in 2011.

Cancún, on the opposite coast, is known to be an important transshipment site for drugs coming from South America, on their way (by land routes) to the United States. The municipality of Benito Juárez, which incorporates Cancún, witnessed some 423 trafficking-related homicides during 2011.

This past Tuesday, General Charles Jacoby, the chief of the U.S. Northern Command, told the Senate Armed Services Committee that despite is brave decision to put soldiers in the street, it was too soon to tell whether the Mexican government was winning or losing its war against organized crime and drug trafficking. While many cartel leaders had been killed or captured, he said, others had moved up—sometimes violently—to take their place. The strategy of taking out the leadership, he told the senators, had been successful on its own terms, but did not seem to have an appreciable effect on the level of violence or the dynamics of the drug trade.

Mexico’s Secretary of Governance (Interior), Alejandro Poiré, feeling a sense of betrayal from the U.S. designers of Mexico’s drug war, told the press that the U.S. State Department was exaggerating the levels of violence in Mexico in its alert. “It seems to me all out of proportion,” he said, “and I would call it ridiculous.”