Wachovia, Tyson and Wal-Mart: The Transnational Face of Impunity

In Mexico, it is not only Mexican institutions that play the impunity game. While it has become commonplace to argue that the most important U.S. export is “the rule of law,” U.S. institutions have played an important role in reinforcing a transnational culture of impunity. And Mexicans have been paying attention.
Tweet
Fred Rosen
Mexico, Bewildered and Contested
5/1/2012

We have written in this blog of the high levels of impunity within the Mexican legal system: crimes that routinely go unpunished and justice that is arbitrarily dispensed. We agree with those who argue that activists must take on the country’s resigned acceptance of impunity in order to pursue an agenda of 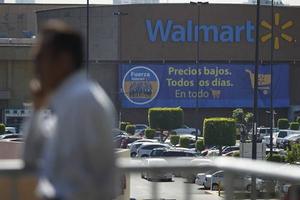 peace, justice, and dignity. But before we get carried away with suppositions of national character, inefficient institutions, and a lack of respect for the rule of law, let’s make it clear that within Mexico, it is not only Mexican institutions that play the impunity game. While it has become commonplace to argue that the most important U.S. export is “the rule of law,” U.S. institutions have played an important role in reinforcing a transnational culture of impunity. And Mexicans have been paying attention.

Let’s remember the slap on the wrist given to the U.S. Wachovia Bank (now absorbed by Wells Fargo) by U.S. prosecutors following its admission that over a five-year period beginning in 2004, it had laundered some $378 billion of drug-trafficking money in the form of wire transfers, travelers’ checks, and cash delivered from Mexican currency exchange houses to dollar accounts in the North Carolina-based bank, with no attempt to monitor the source of the money and no anti-money laundering program in effect.

Wachovia’s case was settled out of court, with the bank agreeing to pay fines and forfeitures to the U.S. Treasury totaling $160 million, about 1.4% of the bank’s profits for 2009. Nobody went to jail. London’s Guardian, in reporting the story, quoted Antonio Maria Costa, head of the United Nations office on drugs and crime during the banking crisis of 2008, who said he had evidence to suggest the proceeds from drugs and crime were "the only liquid investment capital" available to banks on the brink of collapse. "Inter-bank loans were funded by money that originated from the drug trade,” he said. "There were signs that some banks were rescued that way."

And now we have Wal-Mart, which, as we’ve recently been learning, has bribed its way to becoming Mexico’s fastest-growing retailer and largest private-sector employer. (The word “employer” should have an asterisk next to it because many of stores’ employees— baggers and parking attendants, for example—receive wages approximately equal to zero, relying exclusively on tips for an income). Environmental and civic activists have long fought Wal-Mart’s rapid expansion in Mexico, arguing that the spread of the big-box stores was displacing local markets and businesses, trampling delicate environmental sites and, in the case of the construction of large store just two miles from the sacred Pyramid of the Sun in Teotihuacán, insulting Mexican culture.

Wal-Mart’s active use of bribery to obtain permits to expand has now been made public, but like the laundrymen at Wachovia, no one from Wal-Mart, though the firm has admittedly broken both U.S. and Mexican laws, is likely to go to jail. There is precedent for that supposition.

As financial columnist James B. Stewart wrote in the New York Times last week, commenting on another case of U.S.-based impunity, “Exhibit A for any lawyer representing potential Wal-Mart defendants would probably be last year’s bribery case against the huge poultry, pork, and beef producer Tyson Foods. Like Wal-Mart, Tyson employees bribed Mexican officials. When Tyson officials learned about the scheme, they covered it up…

“Last year, the Justice Department charged Tyson with conspiracy and with violating the Foreign Corrupt Practices Act. Tyson didn’t contest the facts, agreed to resolve the charges with a deferred prosecution and paid a $4 million criminal penalty. The company paid an additional $1.2 million and settled related regulatory complaints that it had maintained false books and records and lacked the controls to prevent payments to phantom employees and government officials.” Tyson is still in business. No one went to jail. No one is likely to go to jail. So where does impunity reign?