Border Patrol forces are increasing at an astounding rate on the U.S.-Canadian border, and there are calls for more resources and personnel in the halls of Congress. Sodus, New York—located in the farmlands right off Lake Ontario near Rochester, is a vivid example of how this post 9/11 build-up is clamping down on rural areas.
Tweet
Todd Miller
Border Wars
7/25/2012

It wasn’t a surprise to anyone when the New York state troopers turned Mexican Gabriela Gutierrez over to the U.S. Border Patrol after a traffic stop when she was going to the grocery store with her three-year-old daughter Lucy. The journey was only a little over a mile from her mobile home park but, according to John “Lory” Ghertner of Migrant Support Services of Wayne County, there have been more deportations originated from Sodus, New York than the Postville raid—an operation that generated considerable press attention by Immigration and Customs Enforcement (ICE) on an Iowa slaughterhouse that arrested nearly 400 undocumented workers in 2008.

“It just hasn’t happened at the same time,” Ghertner said. He stressed that there have been more immigration removals per capita in this 4,000 person small community in rural western New York state—just past Rochester—than any other place in the country.

In this sense, Gutierrez's arrest was not a surprise at all, but it also wasn’t a surprise that she was stopped on the way to the grocery store. Since 9/11, and particularly in the last four years, Homeland Security forces have entered Sodus in a way that community members have never seen before, and, they say, they are targeting anything normal and routine, which includes the most basic places such as grocery stores, laundromats, and churches. 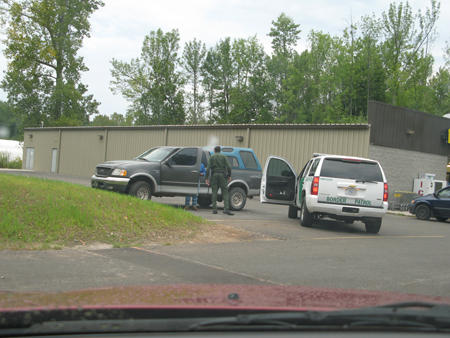 Case in point is Primitivo Vasquez, from Guanajuato, Mexico, who opened his grocery store called Mi Ranchito 18 years ago to serve the 8,000 farmworkers who show up each year in Wayne County during the harvesting season. Among many other things, the county is the second largest apple-producing area in the country. Rows and rows of apple trees are throughout the region in orchards, some that reach as far as the shoreline of Lake Ontario, whose blue backdrop almost looks like an ocean. Twelve miles out to sea from that shoreline is the international boundary of the United States which justifies the U.S. Border Patrol’s presence. Border Patrol says that they focus on patrolling the lake’s shoreline for smugglers and their contraband, and with the post-9/11 mission of looking out for terrorists and their weapons of mass destruction.

For most of the 18 years that Mi Ranchito has been in business, Vasquez says, there hadn’t been any problems at all with Border Patrol, he even knew one of the three agents at the nearby Oswego station—about 20 miles away—who occasionally came into Mi Ranchito for a snack or to chat. The Oswego station now has many more than three agents. And in 2004 the  Department of Homeland Security created a new Rochester station to address potential problems regarding a ferry service from the western New York city to Toronto, and back, across Lake Ontario. When the ferry service shut down in 2006, instead of closing up shop, Border Patrol increased their ranks from 7 to 27. 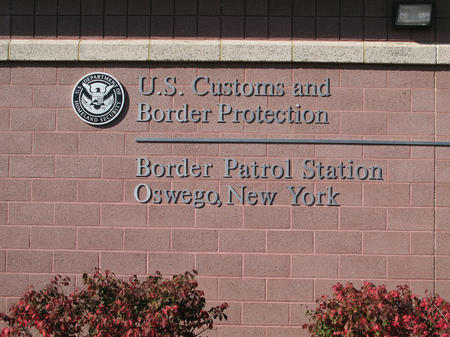 Photo by Nancy Ghertner, afteripickthefruit.comIn a 2009 interview with the Rochester Democrat & Chronicle, Buffalo sector Border Patrol spokesperson A.J. Price said that the sector, which covers most of the state of New York and parts of Pennsylvania, had grown “170 percent” over the last two years. This growth rate is more or less on par with the rest of the U.S.-Canadian border—which has grown from 300 agents before 9/11 to approximately 3,000 now, ranging from Washington to Maine.

And the build-up is still on overdrive. In May 2011 former Customs and Border Protection commissioner Alan Bersin said that the Canadian border was a bigger terror threat than the Mexico border, urging more resources. In June, the Secure Border Act passed unanimously in the house, calling among other things, a further bolstering of the northern border security apparatus with personnel and equipment. Again, this legislation passed unanimously, not one single person from either side of the aisle voted no. There was no debate about this at all, not on a political level, nor by the media. 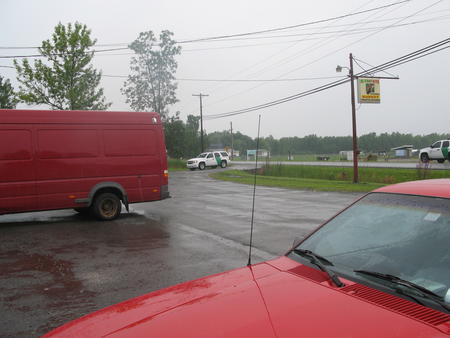 Border Patrol staking out Mi Ranchito in Sodus. Photo by Nancy Ghertner, afteripickthefruit.comincreased forces started showing up in the parking lot of Mi Ranchito. Since then Vasquez says that Border Patrol has regularly staked out his store, as this photo shows, and has asked arriving clients—most who pick apples to be enjoyed by people across the country (or to be processed at the nearby Mott’s plant for apple sauce)—for their papers. Vasquez told me inside the store that his business was almost ruined.

However it is not only Mi Ranchito, it is every grocery store and pharmacy in Sodus that is staked out by immigration agents (including ICE), according to the group of people I interviewed in Gutierrez’s small mobile home. They have a long list of harrowing stories about Border Patrol and ICE pursuing people into stores and pharmacies such as Market Place, Tops, Dollar Mart, and CVS. There are incidents of Border Patrol arresting people in front of, and in another incident on the steps of, the Catholic church during a Spanish-language mass.

And there are the checkpoints, which also appear to have the normal and routine in their cross-hairs. Last fall, state troopers set up a roadblock in front of the town’s only Laundromat on a rainy Sunday afternoon. As the picture below shows, a Border Patrol vehicle sits alongside the State Troopers at one of the only places where workers can wash their clothes on their day off. Gutierrez said, as she sat on the couch in her home playing with the hair of Lucy, now 6, that Border Patrol agents were riding along with state troopers on their patrols. “There is no difference between the police and the immigration agents,” she, and seemingly everyone else in the room, has concluded. 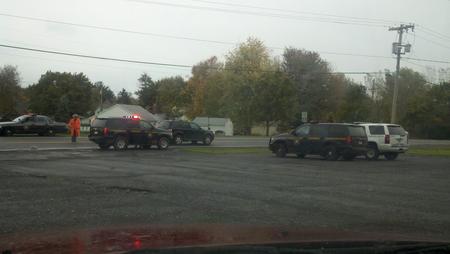 Border Patrol vehicle at checkpoint in front of laundromat in Sodus. Photo by John GhertnerAlthough Gutierrez says she was not treated badly during a month-long stay at county jail after her arrest, her voice cracks with emotion when she described her deportation starting from Batavia, New York, just outside Buffalo. They cuffed her around the wrists, around the waist, and “around my ankles, I was shackled like a murderer.” The cuffs around the ankles were so tight that it started to scrape, then rip through the tender skin on her leg right above her feet, and she began to bleed. The blood dripped into her sandals so much that her feet slipped around when she tried to walk. “I told them, but they didn’t do anything.” She said, chained like that she couldn’t go to the bathroom, and she couldn’t eat as they flew to the U.S-Mexico border.

“I arrive in Laredo where I know no one. With no one. And my children are back in Sodus.” From that point on, with the help of her also-deported husband, all of her energy would be dedicated to crossing the Arizona desert again to return to her family. Her 15 year old daughter Mari, also suddenly mother-less, had to become a de facto mother herself.

Mari, now 17, described how Lucy would run to the back of the house and turn off the light if someone knocked on the door, thinking that it was the police or Border Patrol or ICE. Thinking that they were coming to take another one of her loved-ones away. People in the room assured me, and some at this point were in tears, that there were many children like this now. 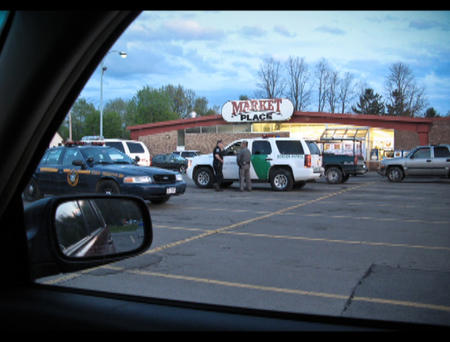 Border Patrol spokesperson A.J. Price told the Rochester Democrat & Chronicle reporter, responding to a question about collaboration with police, that “… we always, always answer up to any law enforcement agency that needs our assistance.”

Price stressed in the article that the focus is the Canadian border, but at the same time about half of their apprehensions are Mexican nationals.

He explained it like this—“Just because we encounter people who didn’t cross in that area, that’s gravy. That’s fortuitous for us.”

Some names in this story have been changed.