An Unexpected Ally: St. Lucia to Maintain Recognition of Taiwan

Earlier this month, the government of St. Lucia announced that it will be maintaining ties with Taiwan. This came as a surprise to many, but Prime Minister Kenny Anthony argued that it was best for St. Lucia to stay the course with Taiwan and not behave “like a Jack-in-the-Box, jumping from one country to another every few years.”
Tweet
Kevin Edmonds 9/27/2012

Earlier this month, the government of St. Lucia announced that it will be maintaining ties with Taiwan. This came as a surprise to many, as it was Dr. Kenny Anthony’s Labour Party (SLP) administration that broke off relations with Taiwan in 1997, shifting diplomatic relations to the People’s Republic of China. While in opposition, Anthony promised that he would review the island’s foreign relations policy, and it was widely assumed that the election of Anthony in December 2011 would result in the SLP favoring ties with China once again.

The many well publicized incidents of corruption and political meddling associated with the relationship between former Taiwanese ambassador Tom Chou and the former United Workers Party (UWP) government widely fueled the assumption that these ties would be broken. Yet this was not the case, and instead Anthony argued that it was best for St. Lucia to stay the course with Taiwan and not behave “like a Jack-in-the-Box, jumping from one country to another every few years.” 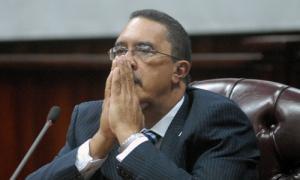 In his address to the nation explaining the decision, Anthony clarified, stating that “I repeatedly emphasized that we would not vulgarize our handling of diplomatic issues with Taiwan and would approach the issue of our future relations in a civilized way. Saint Lucia cannot look as if it is just prepared to jump from one side to another, after every general election, just for more largesse. We cannot behave as if our sovereignty is for sale to the highest bidder.”

This was an apparent shot at the former UWP government, which abruptly broke off ties with China with their election victory in 2007. This reversal deeply angered China, regarding the move as Taiwan conducting “brutal interference in China's internal affairs.” Former UWP Foreign Minister Rufus Bousquet justified the decision, candidly stating that the best policy was to “Support those who give you the most.” This was widely considered to be a statement of personal benefit, as even WikiLeaks noted the corruption of Bousquet.

The diplomatic break was widely considered a slap in the face to the Chinese, who had donated many significant infrastructure projects to the island, including newly built schools, stadiums, tunnels, roads in addition to an export processing zone in the southern town of Vieux Fort. This political about face resulted in the Chinese abandoning their almost completed psychiatric hospital just south of the national capital of Castries. (The hospital was completed with Taiwanese assistance in 2009).

In order to maintain public support, like the Chinese— the Taiwanese also began investing in projects, mostly related to agriculture, tourism, and recreational facilities. To date, the Taiwanese have funded the construction of a National Tennis Center, a meat processing plan, aqua culture facilities, the development of orchid farms, and the refurbishment of the badly damaged St. Jude hospital. At the moment, over 50 St. Lucian students are studying in Taiwan.

Perhaps one of the key statements of Anthony’s address was that “I have often said in opposition and repeated since my party returned to office, that this is a new era when we have to summon our courage and our common will to think and act differently. This view must also apply in the sphere of external relations. Our foreign policy has to be conducted in accordance with our growing needs in a quickly changing world. This is as much so for us, as it is for Taiwan.”

Anthony went on to remark that “Any decision to maintain recognition of Taiwan will be perceived in the arenas of international diplomacy, and pre-eminently at the United Nations, as inevitably temporary, the result of specific contingent circumstances and objectives of the Saint Lucian state, and therefore subject to change and lacking final certainty.”

In regards to thinking and acting differently, St. Lucia seems like it is embarking on a risky strategy that few others have undertaken. At the same time Prime Minister Anthony publicized the island’s ties with Taiwan— St. Lucian Foreign Minister Alva Baptiste was visiting China at the request of the Communist Party, with a delegation of SLP officials to China to “discuss issues of mutual interest to both parties.” It remains to be seen how the mixed signals will be viewed in Taipei, considering that the relationship between Taiwan and St. Lucia at the moment is largely one directional— and such unconventional protocol could be taken as an insult. Both China and Taiwan have historically avoided matters of shared diplomatic recognition, and if successful, this would be a first.

Despite the potential repercussions, Anthony remained hopefully, stating that “It would be both historic and helpful— indeed it would be perfect— if Saint Lucia could find a way to benefit from ties with both China and Taiwan, however defined. This is a dream many countries share and there has been no better time than now to engage China and Taiwan on this issue, as it relates to Saint Lucia, in the context of their increasing 'cross straits' mutual cooperation and understanding.”

However, with the growing economic and political influence of China in CARICOM countries, it begs to be asked what leverage does St. Lucia really have? Given the current economic climate facing small Caribbean countries such as St. Lucia and China’s aggressive financial plans for the region (China announced it will offer up to US$1 billion in preferential loans to Caribbean nations to support local and economic development), it appears that China is shifting from a policy of handing out gifts to a more strategic one of handing out loans. In such a scenario, who is really benefitting?

As pointed out by Stan Bishop in the St. Lucia Voice, “If both China and Taiwan see no problem with the current posture being taken by Saint Lucia as regards our foreign policy with the two nations, so be it. But if they do, who’s to say that either will not use us as a pawn for their own purposes? Only time will tell.”