José Cárdenas has concealed the financial benefits he’s accrued from lobbying precisely because they make his espoused views both easily predictable and utterly dismissible. Fortunately for him, mainstream news organizations like The Miami Herald, Foreign Policy, and NPR accommodate this charade.
Tweet
KeaneBhatt
Manufacturing Contempt
1/25/2013

The Miami Herald recently presented the opinions of conservative pundit José Cárdenas in a news article on U.S.-Cuba relations. But there’s a crucial piece of information the newspaper withheld from its readership, and it’s the one thing to know about Cárdenas: his job. He’s a registered lobbyist, working for the D.C. consulting firm Visión Américas LLC. His prior experience includes leadership positions at the U.S. Agency for International Development and within the Cuban-American lobby. 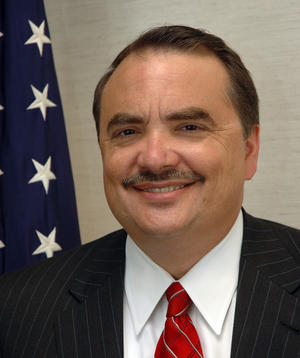 Roger Noriega heads Visión Américas and, like Cárdenas, is a former high-level George W. Bush official and rightwing lobbyist at present. Among his many other bizarre claims, Noriega has declared that both al-Qaeda and Iranian terrorists operate out of Venezuela, and that Hezbollah agents reside in the border area of Brazil, Argentina, and Paraguay, busily pirating software and music.

Christina Rocca, another leader at Visión Américas, worked as a Central Intelligence Agency officer for 15 years. Later, as Assistant Secretary of State for South Asian Affairs, she “managed a foreign assistance budget of over $5 billion annually and oversaw 3,000 personnel,” and “participated in the diplomatic lead-up to military action in Afghanistan,” according to her Visión Américas biography.

Given Rocca’s background, it’s only natural that in 2009, Visión Américas took on as its client the Pakistani security firm Kestral, with Cárdenas and Noriega lobbying Congress and the State Department on its behalf. Later that year, a Nation magazine investigation found Kestral to be allegedly facilitating the secret operational presence of the notorious Blackwater security firm (subsequently rebranded as Academi) in Pakistan. Blackwater agents, according to a former executive, conducted “counter-terrorism operations, including house raids and border interdictions” as Kestral’s subcontractor.

Cárdenas and Noriega also represented the Honduran textile manufacturers’ association after the 2009 coup d’etat against left-leaning president Manuel Zelaya, who had offended the business community by raising the minimum wage by 60%. The lobbying efforts of Visíon Américas were devastatingly effective, according to The New York Times:

Congressional aides said that less than 10 days after Mr. Zelaya was ousted, Mr. Noriega organized a meeting for supporters of the de facto government with members of the Senate. Mr. Fisk [a former high-ranking official], who attended the meeting, said he was stunned by the turnout. “I had never seen eight senators in one room to talk about Latin America in my entire career,” he said.

Visión Américas’s client, La Asociación Hondureña de Maquiladores, supported the military coup in at least two ways: first, the group characterized the kidnapping of Zelaya and the subsequent seizure of presidential power by an unelected leader as a “democratic transition,” per its lobbying disclosure form, and argued that the Honduran private sector was making efforts to “consolidate” this transition. Second, the organization mobilized a massive lobbying campaign to prevent the United States from imposing economic sanctions on Honduras as a response to Zelaya’s illegal ouster.

But serving as a lobbyist for a Pakistani defense contractor and a Honduran pro-coup trade group doesn’t merely afford Cárdenas the opportunity to peddle influence within policymaking circles; he has been able to pass himself off as just another political commentator on the influential websites of Foreign Policy magazine and NPR. Cárdenas, as his opinion pieces lauding the Honduran putsch demonstrate, can promote his agenda of the day without ever having to identify himself as a lobbyist. Even his weak attempts at “full” disclosure on Foreign Policy’s website mention neither his lobbying, nor the financial rewards he reaped from it:

[Full disclosure: I helped a Honduran business delegation travel to Washington in July 2009 to brief U.S. policymakers on the crisis there.] – Oct. 2009

(Full disclosure: In July 2009, I was part of a team that advised a Honduran delegation that traveled to Washington to defend the constitutionality of Zelaya's removal from power.)  - June 2011

Cárdenas has concealed the financial benefits he’s accrued from lobbying precisely because they make his espoused views both easily predictable and utterly dismissible. Fortunately for him, mainstream news organizations routinely accommodate this charade.

Such was the case in a news report by Juan Tamayo in The Miami Herald on January 6: “John Kerry Held Secret Talks with Cuba to Free Alan Gross.” The piece details the Obama administration’s effort to release USAID contractor Alan Gross from Cuban custody in exchange for “cutting back funding for the pro-democracy programs and making them less provocative to Cuba.” This attempt was thwarted by the Cuban-American lobby, according to R.M. Schneiderman, a Newsweek writer whose Foreign Affairs reporting serves as the basis for the Herald article:

Sen. Bob Menendez, a powerful Cuban American Democrat from New Jersey, stepped in to defend the programs in the spring of 2011 and persuaded the White House to roll back most of the changes, Schneiderman wrote.

The Herald quotes Schneiderman’s conclusion: “the United States appeared to step back from an opportunity to free Gross from jail and strike a blow against the antiquated politics of the Cold War … The Cuban-American lobby had won.” But the newspaper also dedicates four paragraphs to Cárdenas’s response, introducing him simply as “a former top official at the U.S. Agency for International Development.”

The Herald’s Tamayo provides readers with the conclusions of Cárdenas’s article in Foreign Policy, quoting his denunciation of the “folly of attempting to appease dictators,” and Cárdenas’s rebuke to Obama administration officials for “giv[ing] the Castro regime everything it wanted” and “offering to gut a democracy program because a dictatorship opposes it.” 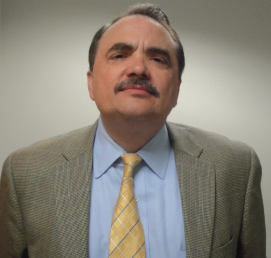 It just so happens that Cárdenas, unbeknownst perhaps to most Miami Herald readers, has been a prominent figure for the Cuban-American right. He began his career at the Cuban-American National Foundation—“the pre-eminent exile lobby,” according to The New York Times—and eventually became the organization’s Washington director. The foundation is dedicated to “supporting, empowering, and expanding the dissident movement” in Cuba, and providing it with “guidance, materials, and financial resources.” Cuban exile Luis Posada Carriles, a former CIA operative and according to the Justice Department, “an admitted mastermind of terrorist plots and attacks,” told the Times that “leaders of the foundation discreetly financed his operations.”

Another possible reason for Cárdenas’s opposition to cuts in “democracy-promotion” programs may arise from the institutional imperatives of Visión Américas: USAID has invested about $80 million into “operational activities” through its Cuba Democracy and Contingency Planning Program (CDCPP) since 1996, with the “primary objective” of “hastening a peaceful transition to a democratic, market-oriented society.” Schneiderman related the operational nature of Gross’s work on behalf of USAID contractor Development Alternatives Inc.:

From the beginning, the U.S. government has said that Gross was merely trying to improve Internet access for Cuban Jews. In reality, Gross was setting up wireless networks outside the government’s control as part of a provocative program by [USAID].

Visión Américas, armed with the experience and contacts developed through Cárdenas’s leadership at USAID, advertises its expertise in “expand[ing] government-wide opportunities” for security and technology firms, promising to “shepherd [a] company through [the] U.S. government contracting process.” More relevant than his former high-level position within the Cuban exile lobby is Cárdenas’s vested interest in continued USAID programming in Cuba. Any cuts to the CDCPP budget mean, quite simply, less potential business for his consulting firm.

Disregard for a moment the fact that a majority of the U.S. public favors an end to the country’s economic blockade against Cuba, or that in a time of austerity, a population forced to make cuts to government spending would likely scrap a program diverting tens of millions of dollars toward pressuring a sovereign country along a more “market-oriented” path.

The reality is that almost three-fourths of the country favors simply reestablishing diplomatic relations with Cuba. While it is unsurprising for a major newspaper to offer space to a rightwing pundit denouncing even tepid efforts in this direction, The Miami Herald should display a modicum of journalistic ethics and tell its readers that in the case of Cárdenas, such unpopular arguments were brought to them by K Street.

Keane Bhatt is an activist in Washington, D.C. He has worked in the United States and Latin America on a variety of campaigns related to community development and social justice. His analyses and opinions have appeared in a range of outlets, including NPR, The Nation, The St. Petersburg Times and CNN En Español. He is the author of the NACLA blog “Manufacturing Contempt,” which critically analyzes the U.S. press and its portrayal of the hemisphere. Connect with his blog on Twitter @KeaneBhatt