Fuel Politics in Latin America: Where to Begin?

It is an honor to join NACLA and Luís Manuel Claps in the Extractives in Latin America blog. With Luís offering insights on mining, I hope to cover the broad terrain of energy resource extraction, and fuels in particular—not only what is extracted from the earth (oil and natural gas), but also fuels produced by the agroindustry, namely ethanol and biodiesel. The politics we explore here may run the gamut from getting access to a canister of propane to cook dinner in Bolivia to the paradoxes linking Argentine nationalism, Chevron, and the U.S.-backed fracking push in the hemisphere.

This blog aspires to draw attention to reality as represented through Latin American eyes and voices. We want to highlight how movements are deepening connections between a progressive politics aimed at attacking inequality and a progressive politics that seeks to reverse our destructive relationship to nature. To this end, fuels are politically complicated. Their use and redistribution bring expectations of equality, even as their extraction and production may intensify social and environmental dislocation. We hope to work through some of these complexities, and we welcome comments. In this first post, I trace some starting points with oil, biofuels, and gas. 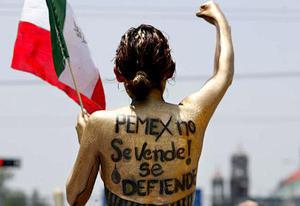 PEMEX is not for sale. Photo Credit: jps-gto.blogia.com

Oil, particularly oil in Mexico—the United States’s #3 supplier—is a good place to start. Mexican nationalism runs deep, and students are as apt to march in defense of the national oil company PEMEX as they are to decry global warming.

President Enrique Peña Nieto is pushing a reforma energética (energy reform) that will deepen Mexico’s dependence on oil, foreign demand for oil, and the foreign capital and technology needed for its extraction. The left focuses on the defense of sovereignty and national control, yet few voices talk about Mexico after oil.

Reforma in Latin America, much like “reform” in the United States, usually means the privatization of something. Such reforms demand shifting resources, services, and rights formerly disputed in the public domain into the privatizing hands of the market. In this case, PEMEX will not be sold outright, but privatization here means allowing foreign capital to make more money from Mexican oil. This is good for American service companies like Halliburton and Schlumberger, who have deep water drilling technology that Mexico needs. Reforma also means letting companies like Chevron “book” Mexican oil reserves as their own. We can discuss reserve politics in a future post, but simply put, "booking" means that Chevron can tell the Securities and Exchange Commission (SEC) that it controls Mexican oil reserves to attract investors. Reforma is also likely to undermine pension obligations and labor conditions. Yet whether concerns come from the right or the left, a disturbing reality remains: The voracious United States consumes about 70% of Mexico’s oil. Diversifying exports to India or China would reduce dependence, but mean more drilling, burning, and carbon emissions. This tension between sovereign resource policy and subjugation to foreign demand is recurrent throughout the region. Where might we find the political space to discuss alternatives? 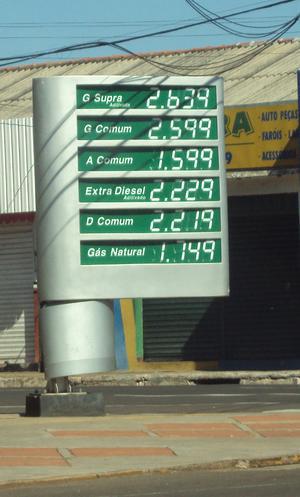 Land inequality in Latin America has long been the spark of revolution and protest, met with military and paramilitary terror and violence against the landless poor. These days, amidst incessant chatter about the triumph of market capitalism, land inequality and land grabbing are intensifying amid the new politics of biofuels. Here the tension is between large-scale monocropping agroindustries and visions of alternative agro-ecological orders that make room for smaller farmers. We start by looking at Eastern Bolivia, southern Brazil, and Paraguay, where soy and sugar are kings.

In Brazil, ethanol (álcool) production from sugar fuels domestic consumption (for cars) and export markets, from Sweden to the United States. Despite talk of green and clean fuel, sugar farming unfolds across a monocropped landscape of big business, much of it foreign-owned or controlled. Indigenous Peoples and small-scale farmers bear the brunt, especially in southern Mato Grosso do Sul, where the powerful ruralista elite is particularly violent.

Paraguay, the world’s #4 soy industry, largely controlled by multinationals like ADM and Bunge, exports soybeans to China and the European Union. The cultivation and production of soy needed for such high volumes of export have wraught deforestation and dispossession. Yet soy is a supercommodity—it can be made into both food and, as biodiesel, fuel. (I thank Gustavo Oliveira for drawing my attention to this.) Soy and sugar are thus at the heart of an increasingly global, and increasingly militarized set of calculations about how to control access to land and water with an eye toward coming fuel energy scarcities. We will surely return to Paraguay, where a small guerrilla movement called the Ejército del Pueblo Paraguayo (EPP), is said to be operating. Just this week, the New York Times referred to the group, probably no more than a few dozen combatants—if indeed it is real—as a rising “security threat.” Yet the biofuels economy here and elsewhere displaces small farmers to the margins of urban slums, destroys forests, and concentrates political power into fewer and fewer hands. What then is the real security threat in this landscape of food/fuel politics?

Bolivia’s celebrated president, Evo Morales, emerged out of the so-called ‘Gas War’ of 2003 and won the presidency with overwhelming support in 2005. Now in his second term he oversees a natural gas boom that is deeply transforming the country. Backed by indigenous movements, small farmers, workers, and the progressive middle classes, Evo promised land reform and sovereignty over natural resources. Many hoped that these changes in land owndership would create new economies to address poverty and inequality. Yet as I wrote here in NACLA earlier this year, the talk of revolution that mobilized supporters of change has increasingly given way to deepened dependence on natural gas exports, with all that that entails.

And what does that entail? Well, Bolivia’s national oil company, YPFB, has neither the capital nor the technology to explore for new wells at the scale needed to meet foreign demand. Though Evo and the MAS passed legislation in 2005 that would wrest more in royalties and taxes from foreign firms, ongoing talk of the need to “increase reserves” means that the government is increasingly willing to make conditions more attractive for investors. So, far from nationalization—or sovereignty—Bolivia is seeking new deals with Repsol (Spain), Total (France), Gazprom (Russia), BG (UK), and others. The focus foreign capital has led to a weakening of indigenous rights, the labeling of opponents as traitors, and even talk of water-intensive fracking in the driest corners of Bolivia.

As with Mexico’s role as supplier to the United States, Bolivia is the primary supplier of gas to Brazil, and to a lesser extent, Argentina. Around 60% of Bolivia’s gas goes to Brazil. Most of that is produced by the Brazilian firm Petrobras, in Bolivia, and is exported to fuel São Paulo’s manufacturing and petrochemicals industries. Of course, the money that returns to the Bolivian treasury has generated a fiscal surplus, social investment, and expectations of government investment in human welfare. Indeed Evo Morales spends much of his time highlighting public investments and increasing energy access for urban dwellers. This government spending, arguably, is a good thing. 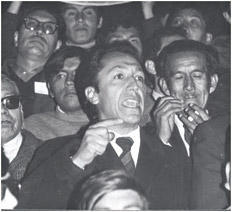 Yet should Bolivia be exporting all it can, as fast as it can, to Brazil and Argentina? Thirty-five years ago this month, the socialist leader and nationalist intellectual Marcelo Quiroga Santa Cruz addressed, by radio, an assembly of factory workers in La Paz. It was 1978. The country was under the dictatorship of General Hugo Bánzer, who, with Brazil’s military rulers, was working on a scheme to export Bolivian gas to Brazil. The pipeline would only materialize several decades later, but given that Brazilian demand dominates talk about how Bolivia needs to find more gas, Marcelo Quiroga thought exporting most of Bolivia’s gas to the powerful neighbor would bring poverty in the future. “What will be left for Bolivia?” he asked. His answer? Nothing more than “repression, to impose on the people measures that allow for the continued profitability of the businesses that control power...” Marcelo Quiroga Santa Cruz, a hero to many in the struggle for Bolivian resource sovereignty and a rational politics of extraction, was assassinated by the military in 1980.

The legacy of Marcelo Quiroga brings us back to the politics of fuels—namely, the question of democracy, social movements, and political activism. Bolivia under the MAS is certainly not in the same situation it was in under the dictatorships of the past. Despite the pressures of the gas economy, the MAS is more progressive, more democratic, and less violent than all of the countries—Paraguay, Mexico, Colombia, Honduras, Guatemala—that enjoy the militarized patronage of the United States. Unlike those countries, Bolivia’s energy resource politics are still shaped through a broad politics of social mobilization and redistribution.

Yet even in Bolivia, and particularly in countries where conservative rule holds sway, the space of social movement struggle is where we see the only true prospects for restructuring—or dismantling—the fuel economies, ecologies, and politics shaped by the subjugation to foreign demand. These are the topics we will continue to explore in Extractives in Latin America.

Bret Gustafson teaches anthropology at Washington University in St. Louis. Among other concerns, he studies the politics of energy and redistribution in Latin America, with a particular focus on Bolivia, Brazil, and natural gas.