Norway’s Foreign Policy in the Americas: A Better Way Forward?

A cursory look at the history of most countries' foreign policy towards Latin America and the Caribbean can often be categorized as being under the influence of colonialism, the Cold War, or neoliberal fundamentalism—depending on the era. To date, there has been very little genuine engagement between the region and outside nations. One nation which appears to be countering this trend is Norway.
Tweet
Kevin Edmonds 6/19/2013

A cursory look at the history of most countries' foreign policy towards Latin America and the Caribbean can often be categorized as being under the influence of colonialism, the Cold War, or neoliberal fundamentalism—depending on the era. Even today, the foreign policy of emerging powers such as China and middle level countries such as Canada are primarily driven in regard to control over the region’s natural resources. To date, there has been very little genuine engagement between the region and outside nations (as Cuba and Venezuela have wide ranging aid and cooperation policies) in order to help cultivate an environment of equitable, respectful, and progressive relations. One nation which appears to be countering this trend is Norway. 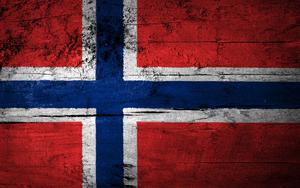 Before going any further, it is important to state that no nation’s foreign policy is perfect, but instead they should be realistically compared on a scale ranking them from the terrible to those which are better.

To provide some context, Norway has not always followed an independent path in the hemisphere. For example, through the mid-1960s, as a member of the North Atlantic Treaty Organization (NATO), Norway was loyal to U.S. policy in the region. However, this began to change in the late 1960s when Norway broke ranks with U.S. policy over the Cuban embargo and military intervention in the Dominican Republic. Due to large offshore oil deposits in the North Sea, Norway has extracted the resource to the benefit of its people. The Norwegian state-owned oil company, Statoil, has long been active in Mexico, Venezuela, and Brazil. With this is mind, the Norwegian government has remarked that despite an interest to make money via the extraction of oil abroad, it is central to the government's foreign and development policy that Norway should not "...take from the developing countries the management rights and remedies that have been important to develop our own society."

One area in which Norway provides an important way forward is in Haiti. Since the earthquake of 2010, Norway has provided $2.5 million to support Cuba’s medical brigades in Haiti. The Norwegian government should be credited with identifying and supporting a health program which delivers incredible results to the people who need it most—while the majority of other nations continue to pour money down the drain to unaccountable and often ineffective non-governmental organizations. Cuba’s medical brigades have helped over 3 million Haitians, and the Cuban government is seeking to build a Haitian staffed national healthcare system at the primary level in the long term. This is not to say that Norway was the first or only nation to support Cuba’s medical programs in Haiti—as Brazil and Venezuela have also provided important funding for the initiative—but Norway is the first European nation to follow this model.

A second area in which Norway is taking an independent stance is when it comes to the Colombia Peace Talks. The talk to end a half century of civil war between the Revolutionary Armed Forces of Colombia (FARC) and the government of Colombia has been taking place in Havana. On May 26, the Colombian government and FARC released a joint communique which stated that “We especially want to thank Cuba and Norway, the guarantor countries of this process, for their permanent support and for the atmosphere of trust that they foster. The presence of their representatives at the Table of conversations is a fundamental factor for their development.”

In contrast to the policy of Norway trying to find a solution to end the violence, countries such as the United States and Canada have long supported destructive and divisive policies which have failed. Plan Colombia, undertaken by the United States, has sought to combat drug trafficking and the FARC and has had an incredibly harsh impact upon innocent peasant communities. Under Prime Minister Stephen Harper, Canada recently signed a free trade deal with Colombia, long known as a site of serious human rights violations. When asked about signing the controversial deal, Harper remarked that ““We can’t block the progress of a country like this for protectionist reasons, and you trying to use human rights as a front for doing that.”

Thus contrasted against the regressive foreign policy of the United States and Canada in the region, Norway appears to be doing a better job in aligning themselves with the priorities of the region’s people. However, like anything else, to give Norway a blank check for its progressive foreign policy in the Americas would be overlooking the less glamorous side of Norway’s foreign policy. Norway is home to a rapidly expanding arms industry—with Brazil and Chile listed as some of its top customers. What is important despite the negatives is the fact that Norway is choosing to ignore the harmful and out of touch positions of “global leaders” when it comes to development policy in Haiti or how to achieve peace in Colombia. It is this important independence in foreign policy decisions which should inspire the people of other countries to demand more from their governments in setting a more equitable and respectful global agenda.