A Half-Year without Hugo Chávez and Critics Close In

Since the death of Hugo Chávez in March of 2013, new Venezuelan President Nicolás Maduro and his government have received critiques from its traditional opposition and from new critics as well.
Tweet
Zoë.Clara.Dutka 9/8/2013

In a small farmhouse in Southern Venezuela the voice of President Nicolás Maduro rings out, a tinny baritone coming from an old portable radio in the corner.  A pleasant-faced woman in her 50's rises from her hammock to turn the volume nob down and sighs deeply, breathing out the words, "It's not the same."

This woman's lament is shared by millions across the nation, as the country marked the six-month anniversary of Hugo Chávez's death on September 5th. 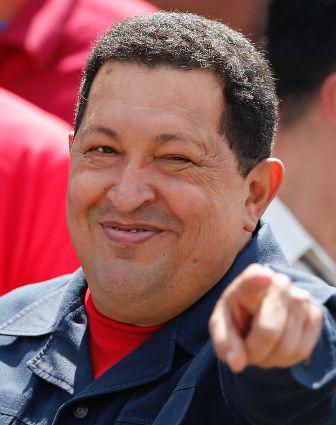 Hugo Chávez was not only a politician. In fact, in spite of being one he was also a visionary leader with a silver tongue—a man who ardently embodied the struggle for social justice that's had a long time coming in Venezuela and across Latin America.

Even though the man is gone, the tide of human dignity that brought him to the forefront continues to command the living; some of whom pay homage to his leadership by looking towards the government, while others recognize his life as a call to action far greater than what is achieved within the limits of the state.

During his first months in office, President Maduro has provoked sundry responses from supporters and bitter scorn from mass media and the opposition. International critics like Alma Guillermoprieto, writing in the New York Review of Books, had set the stage for lambasting Maduro even before he won the election, but in recent months even writers who've  historically defended the Bolivarian process have begun to voice their doubts.

Journalist Clifton Ross responded to Maduro's 1.8% margin victory by writing, "Maduro really lost, or at best, won a Pyrrhic victory that likely has spelled the beginning of the end of the Bolivarian Revolution."

Ross continued on to paint a simplistic landscape of corruption, degeneration, and bureaucracy, concluding bleakly, "It gives me very little pleasure to talk about a process that is now more devolutionary than revolutionary… North Americans will have to [re]consider to whom they will wish to extend solidarity." After 14 years, it would appear that his sense of morality no longer allows him to support the movement in good faith.

As U.S. citizens it seems we're hard wired to point out moral inconsistencies in other nations' conduct. We feel free to take censorious positions without feeling too implicated in the consequences. As opposed to standing beside the Venezuelan people in their fight against corruption, we'd prefer to condemn it from above and abandon ship.

Ross pointed out a number of widely documented examples of corruption within the government that are equally condemned by the popular classes. Corruption is not news for Venezuela, and a scratch at the surface reveals a sad history that goes far beyond the chavista vs. escuálido rhetoric of today. Still, the finger pointing has only gotten worse since the death of the comandante, as if a spell were broken, and a sudden glance around reveals a reality somewhat at odds with the warm faith that had accompanied the early years.

In order to make sense of this foggy feeling, I spoke to someone who never labored under illusions of what the government's role is. The author Roland Denis was imprisoned in 1989 under the nefarious regime prior to Chávez known for its massive corruption. He later served as Vice Minister of Planning from 2001-03, and knows too much about administration to be surprised by the less appealing aspects of power.

"When you begin to analyze any government in depth, sooner or later you will realize it's a disaster," Denis said with conviction. He describes the state itself as an inherently conservative structure. The more resources it handles, the more self-serving people are drawn to it like flies to honey.

Last week a widespread power outage plunged 14 states and Caracas into panic, rendering the Metro temporarily out of order. Denis ensures that the blackout had little to do with a lack of infrastructure, as the opposition claims. "Of course its sabotage," he says. "Everyone knows that if you're chavista and you work in COPOELEC [the state electric company], you have to keep your beliefs clandestine. What we're seeing now is what I call the subjectivity of resignation. They [the oppositional forces inside and outside the government] are creating a wave of chaos… people begin to complain about [public] services and scarcity, so that any change might be a welcome change. But if you can only see one faulty detail at a time, it will make no sense…."

It's true that many senior positions of the national enterprises have been appropriated by apolitical opportunists and oppositional forces alike, both of whom do tremendous damage to the economy while pocketing the peoples' wealth. It's not surprising, when we remember what system existed in Venezuela previously, when political prisoners like Denis were tortured at the hands of an oligarchic state. Chávez inherited the same political apparatus upon his election, so how can we expect corruption to simply disappear?

Though Chávez always spoke harshly against this parasitic bourgeoisie, democratic leaders often must engage in a kind of balancing-act diplomacy in order to keep the peace—that is the cost of democracy. It's even more challenging when the international media is standing by, waiting for one move that might be construed as repression.

The Bolivarian Revolution has already made the impossible possible, so why should it stop now? "In Venezuela we've placed on the table radical topics that no other country in the world is taking on; the self-government of communities and the direct control of workers," said Denis. "The revolution is not happening in state politics anymore…we radicalized the government as far as we could. The greatest achievement we've had is creating a space for politics to happen outside of the government—that's where it's at."

If this hadn't been accomplished, he says, the whole mission would have gone up in flames in the 2001 coup d'état that briefly took Chávez out of power. The popular demonstrations that ensued were prodigious, and the coup leaders were forced to return him unharmed. "It was the people that saved his life, Denis points out. "The golpistas would have killed him, but we wouldn't have it."

Reinaldo Iturriza, Minister of Communes, wrote last week, "Maybe this revolution doesn't look like the little books written by European authors that we read as though they were primers. But when one has the strange historic privilege to see how a people appear, how they tremble and mobilize…one knows that one is in the presence of a revolution."

In this oil-rich land the lineage of corruption is as hard to wipe out as an invasive weed, but Chávez's memory has taken root with the strength of folklore and can only grow more profound with each generation. Those of us who have had the privilege to bear witness would do well to remember that the Venezuelan people are deepening their autonomy in a way that will be very, very difficult to undo.

Zoë Clara Dutka is a freelance journalist originally from New York. She moved to Venezuela as an adolescent and has since divided her time between Bolivar state and California's Bay Area.