Despite Chile’s potential to shift to renewable energy sources, Michelle Bachelet has adopted the same energy strategy as her conservative predecessor. 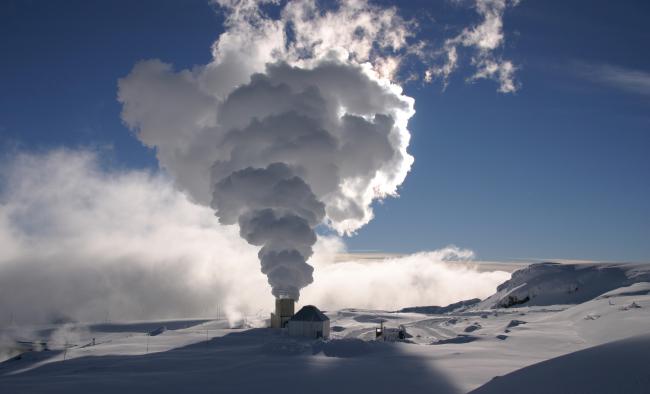 One of the topics most heavily covered by the media since Michelle Bachelet took office earlier this year has been energy. There have been a steady stream of articles about Chile approving new solar projects, launching its largest ever wind farm, attracting billions of dollars in renewable energy investment, and becoming what might now be considered the world’s top renewable energy market. All of these developments are occurring within the framework of a new energy agenda promulgated by the government last May, the purpose of which is to serve as a roadmap for the construction and execution of a long-term energy policy for the country.

Although energy issues weren’t a major issue in the last election, they made the government’s list of priorities due to concerns that Chile is approaching a critical energy situation, or even a crisis. Bachelet herself has been candid about this risk since taking office, stating that the country’s energy situation is “not the best” and that it’s at a “decisive moment.” This anxiety about the future stems largely from the fact that energy consumption has been growing quickly, electricity prices (already the highest in Latin America) have been steadily climbing, and the country is heavily dependent on energy imports.

Given this context, it’s unsurprising that both Bachelet and the president that preceded her, Sebastián Piñera, have made clear that energy reform is both necessary and urgent. What may surprise some, however, is that despite her progressive credentials and overwhelming electoral victory, the Bachelet administration has chosen to adopt the same strategy implemented by her politically conservative predecessor. This approach consists of a contradictory strategy to encourage energy efficiency and the development of renewable energy resources, while simultaneously locking the country into greater reliance on energy derived from large-scale hydroelectric plants and fossil fuels. Although under some circumstances this shortsighted and environmentally destructive approach to energy policy might be the only practical option available, Chile’s remarkable renewable energy potential suggests that the Bachelet administration could have easily been more ambitious.

During his presidency, Sebastián Piñera’s main contribution to energy policy came in the form of a long-term national energy strategy that covered the years 2012-2030. Broadly speaking, the strategy called for Chile to increase the percentage of energy coming from non-conventional renewable energy (NCRE) sources and implement efficiency measures while increasing its already heavy dependence on conventional hydroelectricity (greater than 20MW) and fossil fuels. Three of the six ‘pillars’ identified in the strategy were crafted to directly contribute to this outcome, while the others addressed technical goals associated with transmission, distribution, or international inter-connection challenges.

With respect to the first part of this plan, the strategy sought to encourage both efficiency measures and NCRE development. The goal for the Energy Efficiency Action Plan was to decrease the projected energy demand for the year 2020 by 12%, which would be achieved through policies such as new government standards, the encouragement of private industry, and the creation of an Interministerial Commission to develop efficiency policies. On the NCRE front, the national goal was 10% by 2024. However, the strategy referred to this target as inadequate and the government eventually revised the law (20.257) to ratchet it up to 20% by 2025.

Standing in contradiction to those policies, the national strategy also made the case that the country should continue to increase its reliance on fossil fuels and conventional hydropower. In the case of conventional hydropower, the strategy argued that the resource was too “clean and renewable” to ignore. Therefore, the goal would be to boost production from 34% of the total energy matrix to around 45-48%, thus ensuring that it will “continue to be the principal source of electricity in Chile for decades to come.” Similarly, the strategy explained that fossil fuels provide the technical and economic stability needed for the adequate development of the electricity matrix. Hence, the document stated that the country “cannot dispense with coal, among other fossil fuels” and that new projects would need to be brought online.

Although not identical to the Piñera administration’s strategy, the basic elements of the Bachelet administration’s new energy agenda are strikingly similar. With respect to efficiency measures, it’s slightly better, but the improvement is far from significant. Instead of the 12% savings by 2020 promised in the energy strategy, the Bachelet administration extended the timeframe to 2025 and increased the savings goal to 20%. As for renewable energy development, the goal didn’t change, just the language used to describe it. The new energy agenda prominently states that the Ministry of Energy is committed to obtaining 45% of the new generating capacity installed between 2014 and 2025 from NCRE sources, but goes on to say that this would do nothing more than fulfill the goal of 20% by 2025 in accordance with previously existing law.

The approach taken toward conventional hydropower and fossil fuels in the energy agenda is also very comparable to the Piñera administration’s strategy. It calls for further reliance on both of them. In the case of fossil fuels, it does this primarily by advocating for the construction of new thermoelectric plants, new oil and natural gas exploration and exploitation, and the building of a new LNG terminal. The energy agenda also expresses a strong desire to develop the “great hydroelectric potential that still hasn’t been exploited.” Toward this end, it discusses how it will seek to gain a better understanding of where the remaining hydro resources are located and what barriers stand in the way of their future exploitation.

Despite following the contradictory approach of her conservative predecessor when it comes to energy policy, there are also many laudable aspects of the Bachelet administration’s new approach that shouldn’t be downplayed or overlooked. For example, one of the main goals outlined in the new agenda is to increase public participation, particularly local participation, in the planning and approval process for energy projects. Not only is this an admirable step in the right direction, but it’s something that wasn’t as emphasized by the Piñera administration.

Bachelet also appears to be less inclined than her predecessor to push through large-scale hydroelectric projects irrespective of the environmental and social costs. This can be seen in what can read as a preference for micro-hydro projects in the agenda (less than 20MW), a greater emphasis on environmental protection and local participation in decision-making, as well as the Bachelet government’s recent rejection of the permit for the HydroAysén hydropower mega project. None of this, however, changes the fact that her administration has adopted a broader policy that will ensure the country will be relying on a large percentage of fossil fuels and conventional hydroelectricity for decades to come.

This policy orientation would be easier to justify if Chile didn’t have any other good options. However, this is not the case. With over 620 volcanoes (approximately 10% of the global total) for geothermal energy, a massive amount of hydroelectric potential that could be exploited through micro hydro systems, over two and half thousand miles of coastline for wind, tidal, and wave energy, and the relatively accessible Atacama Desert that receives more annual solar radiation than anywhere else in the world, the country is uniquely blessed with renewable energy resources.

Add to this Chile’s high energy costs, concern about its dependence on energy imports, high potential for efficiency gains, technical competence, recently demonstrated ability to draw investment in renewable energy projects, and the fact that 94.32% of its electricity came from conventional sources last year—Chile has an incredible potential to shift toward NCRE. Amory Lovins of the Rocky Mountain Institute summed it up well after a visit in 2011, stating that Chile has the potential to become a “world leading success story.”

Bachelet’s new energy agenda should be considered with this tremendous potential in mind. While 20% from NCRE sources by 2025 may sound ambitious, the government itself claims that, excluding conventional hydropower, the country has 351,000MW of feasible NCRE potential. This is roughly equivalent to 15 times Chile’s current installed capacity. In the same vein, a 2008 study from the Chilean Universidad Técnica Federico Santa María concluded that by 2025 NCRE sources could represent up to 43.4% of the installed capacity of the Central Interconnected System (SIC), which provides approximately three quarters of Chile’s electricity.

The potential to do better is similarly notable for efficiency. Even if one ignores people like Lovins who have called Chile a “goldmine of unbought efficiency,” they wouldn’t have to look any further than the previous government for evidence that current policy could be more ambitious. Even the Vice Minister of Energy under Piñera has stated  that the government has estimated “energy efficiency could cover up to 20% of the country’s increase in demand by 2020” [emphasis added].

None of this is meant to suggest that it would be practical for Chile to pursue a strategy that excluded all fossil fuels and large-scale hydro. Rather, the point is to put the Bachelet administration’s energy agenda into perspective. After winning an overwhelming electoral victory in a country blessed with tremendous renewable energy potential, rather than pursue an ambitious energy policy, the Bachelet administration has instead decided to perpetuate the contradictory approach initiated by her conservative predecessor. It’s unclear why this is the case, but perhaps with the all-important mining industry in Chile paying around twice as much for power as in neighboring Peru, the government is under pressure to proceed with only a singular goal in mind: the generation of more energy.

Fortunately, one significant way in which the new energy agenda breaks from previous policy is that it doesn’t promise to guide energy policy until 2030. Instead, it states that the country should begin developing two energy policies “with social, political and technical validation”; one reaching to 2025 and the other to 2050. This means there is still time for Chile to choose a more ambitious path toward clean energy and energy independence.