Race, Class, and Cannabis in the Caribbean

Without sufficient regulation, drug legalization in the Caribbean could end up benefitting international business interests, and hurting those who depend on the informal cannabis economy to survive. 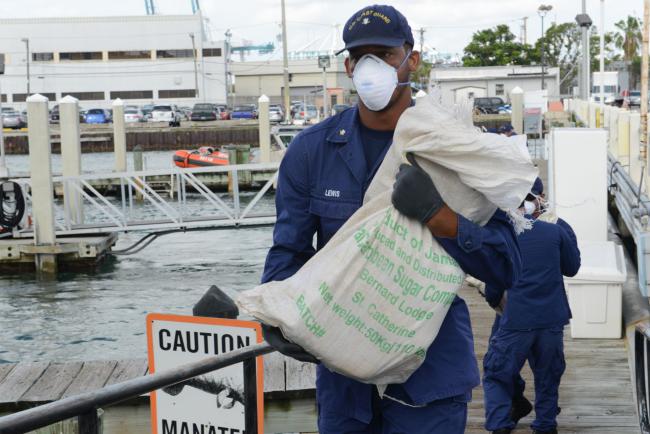 “Legalize it!” This famous pronouncement by the late, great Peter Tosh has been a rallying cry in the Caribbean for the Rastafari and recreational ganja smokers alike, and has been echoed around the world. Indeed, for many people, the Caribbean and ganja are synonymous with one another. However, given the regional discussions of allowing the use of ganja for medicinal purposes—and its eventual decriminalization—two prominent ganja advocates in the Eastern Caribbean have been arguing that things are much more complex than they seem. If the decriminalization or legalization of ganja takes place without sufficient regional and domestic regulation, the Caribbean may end up losing out on one of its most lucrative, albeit illicit exports.

While Caribbean governments have opened the door wider to discussions of medical marijuana, they have not dealt with it in a way that will provide security for the current producers. During my time in both St. Vincent and St. Lucia, I have seen increasing concern and skepticism over who would truly benefit from the legalization of ganja in the Caribbean. No doubt local governments would be in for a tax windfall through proposed regulation—but it is the looming prospect that multinational corporations or wealthy individuals could dominate the newly legalized trade that is troubling.

We only need to look to the aftermath of legalization in Colorado and Washington to see how corporations and the wealthy can quickly dominate an illicit industry that was previously dependent on demonizing, criminalizing, and repeatedly incarcerating black and brown bodies in order to make a profit. As Michelle Alexander, author of The New Jim Crow: Mass Incarceration in the Age of Colorblindness argues, “Here are white men poised to run big marijuana businesses, dreaming of cashing in big—big money, big businesses selling weed—after 40 years of impoverished black kids getting prison time for selling weed, and their families and futures destroyed. Now, white men are planning to get rich doing precisely the same thing?”

Furthermore, economies of scale and the imbalance of power in the international capitalist system suggest that larger nations such as United States and Canada would be able to produce marijuana at a cheaper rate due to the greater availability of land, capital, and technology.

No doubt this has not been lost on the small ganja producers of the Caribbean. There are important externalities to the drug trade. The people who are displaced from selling five bags on the block will not find employment after legalization, and without the ability to compete with larger producers, may fall prey to cocaine trafficking—a more lucrative, but also more violent trade than the grassroots, community-based ganja trade.

In The Ganja Document: Exploring Decriminalization in St. Lucia, Andre de Caires of the Cannabis Movement of St. Lucia writes about the way that the ganja economy acts as an economic lifeline to communities marginalized by trade liberalization policies enacted in the 1990s. He writes:

“Many citizens of this country who are in no way involved or who are totally removed from the ganja culture, are completely ignorant of the significant financial boost this sector adds to the economy. This is money that circulates among the lower classes, the under educated, the ghetto youth and the underprivileged. This is a hidden economy, meaning that it exists under the radar of government, but contributes significantly to the alleviation of poverty among many of the poor people of this nation. This is not a 'trickle down' economic model like tourism, but a “filter up” economic model like any agricultural-based model. Money generated from the ganja industry is money that stays in the country as opposed to tourism dollars where a large percentage of it ends up overseas.”

Similarly, in St. Vincent, ganja activist Junior “Spirit” Cottle argues that the discussion of ganja legalization cannot be isolated from the history of popular political struggle in the Caribbean. The former leader of the St. Vincent Marijuana Growers Association states that the ganja issue is one that deeply cuts along the lines of race and class. In an interview, Cottle told me:

“It cannot be done as individual countries, it must be a regional solution which makes social transformation central to any talk about legalization. It is the poorest people who grow ganja… Without a proper system in place to ensure that their livelihoods are maintained… I am against the current trend to enact legalization and deal with the consequences after. Ganja reform must be part of a wider political program to bring meaningful social change.”

While the clock is ticking, the Caribbean needs to scale up its discussion of the medical use of ganja, as well as decriminalization and eventual legalization of the substance, to ensure that small producers will not be displaced through these reforms. Aside from the important proposals put forward by ganja activists such as Spirit Cottle and Andre de Caries, this conversation has been virtually nonexistent. This is especially troubling since CARICOM announced the establishment of a commission in July to debate the decriminalization of ganja.

Both Cottle and de Caries’ concerns echo a history the Caribbean knows well: during the WTO’s “Banana War,” the Caribbean agricultural sector was deemed inefficient and therefore insignificant, and was forcibly opened and flooded with foreign products. The outcomes of Washington and Colorado suggest a similar future: tens of thousands of black and brown men and women remain in prison for an activity that was hypocritically headlined on Yahoo Finance as “the single best investment idea of the next decade.”

If Caribbean governments are not careful, they will soon be importing the very same ganja that they were demonized and punished for producing for so many years.

Kevin Edmonds is a NACLA blogger focusing on the Caribbean. For more from his blog, The Other Side of Paradise, visit nacla.org/blog/other-side-paradise. Edmonds is a former NACLA research associate and a current PhD student at the University of Toronto, where he is studying the impact of neoliberalism on the St. Lucian banana trade. Follow him on twitter @kevin_edmonds.