Translating is a dangerous act of resistance, and Juan knew that danger all too well, but never stopped striving to avoid losing anything in that translation. 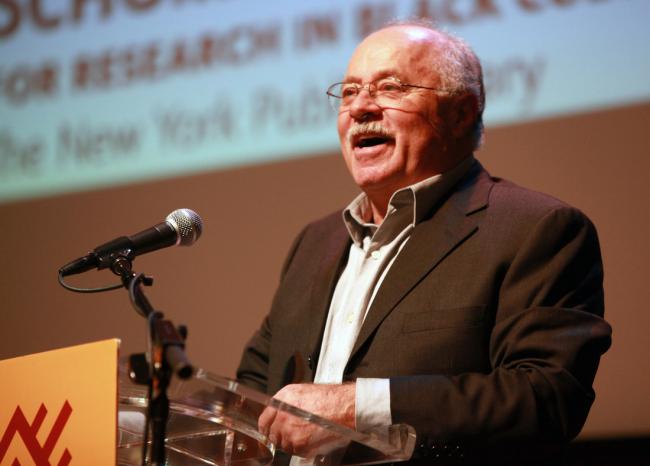 One of my favorite essays of Juan Flores’s was “La Carreta Made a U-Turn,” which was his postmodern redux of René Marques’s seminal play “La Carreta,” the one that made the case for returning to Puerto Rico from New York as the only sane and moral thing for a Puerto Rican migrant to do. It was from a book called Divided Borders, a collection of essays that in some ways helped form the basis for my own investigation of bilingual bicultural identity.

The key revelation of Juan’s essay was that yes, it was true that Puerto Ricans were being “Americanized,” but the way that it was happening had nothing to do with what people thought of as assimilation. He championed the way the popular classes of Puerto Rican migrants had created a bilingual identity that was at once a survival mechanism and an assertion of difference that would never fade. “Puerto Rican bilingualism,” wrote Flores, “seems to resist both political forces and scientific readings that indicate assimilation.”

Juan had drawn a conclusion that seemed obvious, but few of us knew how to express: That by insisting on being self-aware Puerto Ricans living in New York, we were simply manifesting a personality that was actively adapting to life in the big city. “Might the persistent affirmation of a discrete national culture, and particularly its tradition of anti-colonial resistance,” he asked, “be somehow consonant with ever more deep immersion in the cultural life of the US?”

Of course. That’s what had been happening from the beginning, going back to el tabaquero Bernardo Vega, whose diaries Juan translated, and continuing with José Luis González, another of Flores’s muses, who understood that Puerto Ricans’ superstructure rested on the base of African-descended philosopher-jíbaros, and that when we danced on the rooftops during blackouts and saw the stars for the first time in the darkness, we understood that our spirit had traveled to a new home.

Divided Borders also included one of his most unforgettable essays, “Qué Assimilated Brother, Yo Soy Asimilao?” which pretty much defined the very ground we’re standing on today. This time Juan meditates on Nuyorican identity by doing a quick comparison with Chicanos, coming to the conclusion that we are not engaged in a melting pot project, but one of association with other minorities who have had a similar experience. Our central project was not “fitting in” but defining ourselves against the majority, writing the narrative arc of our difference.

In this essay he offered a structural paradigm of four moments that defined the awakening of our consciousness. These discrete historical moments described our soul-settling in Manhattan, the Bronx, and to a lesser extent Brooklyn as an appropriation of self drawn from our memory of the island, which shifted first to nostalgia, then an ability to see our remembered place in the place of these city streets—something the poet Victor Hernández Cruz called Tropicalization—and finally, grow into awareness alongside other participants in the struggle for Civil Rights.

Anchoring all of this was the poetry of Tato Laviera, whom Juan was almost singlehandedly responsible for elevating to prophet status, especially in his ability to locate that consciousness in an African-descended slanguage that became simultaneously more vulgar and eloquent in English so as to expose the petty colonial nationalism of the Spanish-speaking Puerto Rican elite. “Assimilated?” asked Laviera’s narrator, “Qué assimilated, brother, yo soy asimilao/Delen gracias a los prietos/que cambiaron asimilado al popular asimilao.”

Translating is a dangerous act of resistance, and Juan knew that danger all too well, but never stopped striving to avoid losing anything in that translation. Because he knew it was power, and he knew it carried the hopes not only for all black people but for all marginalized people. Still, blackness was his undying love, and his strongest work became the ethnographic unearthing of blackness in Latin music, from bomba to hiphop, from bugalú to maracatú.

But I didn’t really want to spend so much time talking about Juan’s work, I wanted to tell you what kind of person he was. He was the kind of guy who would invite you into his house, pour you a nice glass of vino tinto and talk about music and sports and how much he still loved to teach. So many professors you run into who can’t wait to go on sabbatical and Juan was all about the opportunity to help someone learn, and in the process, learn something himself.

He introduced me to Jean Franco, whom he said he went to basketball games with, and who told me she was friends with Eric Hobsbawm, and that really made my night, if you know what I mean. I had the feeling that sometimes Juan felt I’d gotten things wrong, but he was always quick to tell me what I got right. “I’m going to teach one of your chapters in your book about music,” he excitedly told me one day. In one of the more surprising and humbling moments of my life, he said he liked my idea that “Latin” music was defined by hybrid popular music that succeeded on an international level, meaning it crossed borders and new hybrids were created, and you could dance to it even faster and looser than before.

A lot of us were there at his 70th birthday party last year. Miguel, Vanessa, Jorge, and the whole Afro-Latino Forum crew. James Early. And Juan looked great, like he was some kind of Rican Benjamin Button, aging in reverse. He seemed ecstatic and vital, and most of all, you could tell he really loved his wife Miriam, and that she loved him.

I last saw Juan at the Afro Latino Forum Conference held in October, where I was on a panel about the media. He was very enthusiastic about the attendance, and I was marveling at the energy in the room, and the thinkers, and the activists and the people who understood that they were black no matter what people thought they looked like or sounded like or acted like. There was a feeling of unity.

I think in the end, that’s what Juan wanted. In his recent book The Diaspora Strikes Back (and for NACLA, “The Diaspora Strikes Back,”) he argued that in the last 50 years, after so much transnational bregando, we were actually in the process of evolving into one being by sharing our stories back and forth across el charco. We were becoming the New York Puerto Rican New Yorker born on the island and returning to the island. Without knowing it, we were becoming the offspring of a restless translator, a kid from Queens who loved to bugalú.

Ed Morales is a freelance journalist and author of Living in Spanglish(St. Martin’s Press). He teaches at Columbia University’s Center for the Study of Ethnicity and Race, and is a NACLA contributing editor.