For Abortion Rights in Bolivia, A Modest Gain

Bolivia's highest court has rejected a constitutional challenge to the country's restrictive abortion law, while ruling that legal abortions no longer require a judge's consent. Both opponents and advocates of abortion rights have found reasons to celebrate.
Tweet
Emily Achtenberg
Rebel Currents
2/27/2014 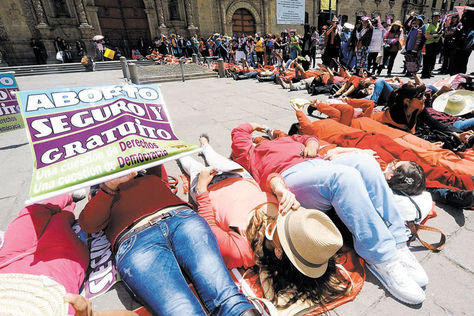 On February 13, Bolivia’s highest court issued a long-awaited ruling addressing provisions of the country’s penal code that criminalize abortion, except in cases of rape, incest, or when a woman’s life or health is endangered.

In a closely watched case that has dragged on for two years, the Plurinational Constitutional Tribunal (TCP) rejected a challenge to the 1972 law based on Bolivia’s new Constitution, which guarantees women’s sexual and reproductive rights and prohibits gender-based discrimination. But it also threw out an existing rule that requires a judge to give consent before a legal abortion can be performed, which has been a major obstacle to achieving safe abortions where they are permitted by law. 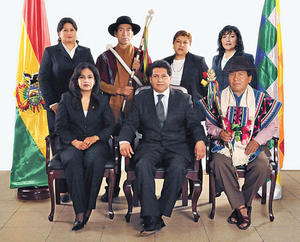 Both pro-choice and pro-life advocates have found reasons to celebrate the Solomon-like decision. The Catholic Family and Human Rights Institute (C-FAM), citing the TCP’s explicit rejection of abortion as a reproductive right under the Constitution, calls the ruling a “stinging defeat” for proponents of decriminalization. The TCP also affirmed that respect for life is a fundamental pillar of the Bolivian state.

But for IPAS, an international NGO that supports reproductive rights groups in Bolivia, the TCP’s elimination of the prior judicial consent requirement is a “significant, positive step for women’s rights in the region.” A 2012 IPAS study found that judicial authority for therapeutic abortions is routinely denied, leaving even rape victims and women whose health is endangered at the mercy of clandestine procedures. Reportedly, only six abortions have been approved in the more than 40 years since the penal code was enacted.

Elimination of judicial consent was a major demand of two United Nations committees that urged Bolivia last year to conform to the growing body of national and international jurisprudence affirming women’s rights to legal abortion. Among other positive aspects of the ruling, IPAS cites the TCP’s directives to the Bolivian Congress and executive branch to ensure universal access to safe therapeutic abortions, and to develop health and educational programs to protect women’s sexual and reproductive rights.

Of interest, too, is the novel legal framework used by the TCP to rationalize its decision, in a seeming effort to reconcile Bolivian constitutional principles with international treaties and traditional indigenous beliefs. In defense of Bolivia’s limited abortion rights, the ruling adopts an Andean-centric vision of human life as part of a cosmic cycle, without beginning or end, which is constitutionally protected. At the same time, it recognizes Bolivia’s responsibility, as a member state to international treaties, to guarantee safe abortions for women covered by the law.

For the moment, at least, the ruling has served to defuse the emotionally charged debate stirred up by the case in this overwhelmingly Catholic and indigenous country. Opponents of decriminalization have argued their case largely on moral and religious grounds.

In the words of indigenous deputy Emiliana Ayza, head of the ruling MAS (Movement Towards Socialism) party bloc in the Chamber of Deputies, “abortion is murder, a sin in the eyes of God.” According to a 2010 survey, this view is shared by close to 80% of Bolivian women. Still, 34% of those surveyed thought that, if faced with an unwanted pregnancy, a woman should seek an abortion. 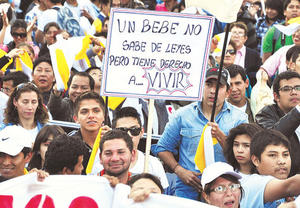 The Catholic Church, a strong presence in Bolivia throughout its history (although the Catholic religion lost its official state status in 2009), has played a leading role in opposing abortion on political as well as religious grounds. According to Archbishop of Santa Cruz Sergio Gualberti, abortion is an imperialist strategy for population control, promoted by international NGOs and foreign governments that are seeking to undermine Bolivia’s sovereignty. This argument evokes the 1960s controversy over alleged efforts by the U.S. Peace Corp to sterilize indigenous women, which resulted in the Peace Corps’ expulsion from Bolivia.

Decriminalization advocates have focused on the public health crisis surrounding illegal abortion, with the highest risks incurred by poor and indigenous women. Despite current restrictions, an estimated 60,000 to 80,000 abortions are performed annually in Bolivia, often using unsafe methods, and mostly in impoverished urban peripheries where indigenous populations are concentrated. In close to half the cases, post-abortion emergency hospital care is required.

Studies show that unsafe abortions account for nearly one third of maternal deaths in Bolivia, which has among the highest rates of maternal mortality in Latin America. The large volume of unwanted pregnancies is also closely tied to sexual violence, which victimizes seven out of ten Bolivian women (the second-highest rate in Latin America, after Haiti).

Studies also cite an “alarming number” of procedural investigations (775 cases in the La Paz and Santa Cruz districts alone, between 2008 and 2012) against women suspected of having an illegal abortion, who are overwhelmingly poor and indigenous. Instigated by health care providers, relatives, and public prosecutors, these complaints typically languish for years in the judicial system, although relatively few have led to criminal convictions. (Under the law, the act of undergoing, performing, or abetting an illegal abortion is punishable by a prison term of one to six years.)

Reproductive rights activists say that complaints are often used to harass and intimidate women. In one high-profile case, an indigenous Guaraní rape victim spent eight months in preventive detention before obtaining a release for the balance of her remaining two-year sentence. 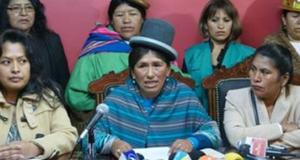 The MAS government leadership, which typically closes ranks in public, has been openly divided on the issue. While President Evo Morales has stated his personal belief that abortion is a crime, five cabinet ministers (including three women) have affirmed their support for decriminalization. The original case challenging the constitutionality of the restrictive abortion law was brought by indigenous MAS deputy Patricia Mancilla (in her personal capacity).

The TCP ruling is the latest in a growing trend of judicial and legislative actions that are reducing barriers to legal abortion in Latin America, a region with some of the world’s most restrictive reproductive rights laws. In late 2013, Uruguay voted to allow early stage abortions without restriction, joining four other states (Cuba, Puerto Rico, Guyana, and French Guiana), along with Mexico City, that have largely decriminalized abortion. Six Latin American countries (Argentina, Colombia, Peru, Guatemala, Venezuela, and Ecuador) allow therapeutic abortions under circumstances similar to Bolivia. In seven countries (Chile, El Salvador, Nicaragua, Honduras, Haiti, Suriname, and the Dominican Republic), abortion remains totally prohibited.

While the new ruling will not put an end to unsafe abortions, Bolivia’s reproductive rights advocates are optimistic that it will make legal abortions easier, quicker, and more widely available. “For women, it’s an advance,” says Patricia Mancilla. “But the struggle is just beginning.”