Credited with developing BRICs theory, Jim O'Neill is now onto a trendier acronym. According to his MINTs theory, Mexico’s competitive manufacturing edge and cheap and “flexible” labor will place the country among the ten most powerful economies.
Tweet
Peter Watt
Mexico, Bewildered and Contested
2/2/2014 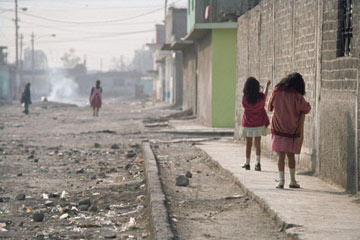 A “perfect storm of benefits” awaits Mexico, according to economist and former Chair of Goldman Sachs Assets Management, Jim O’Neill. O’Neill was credited with developing BRICs theory, the notion that the rapid growth of the emerging powerhouse economies of Brazil, Russia, India, and China would shift the balance of global economics.

Now O’Neill is furthering a new theory—MINTs theory—that unites Mexico, Indonesia, Nigeria, and Turkey in a new conglomerate of countries whose economies have the potential to grow rapidly in the next three decades. By 2050, O’Neill predicts, Mexico’s competitive manufacturing edge and cheap and “flexible” labor will place the country among the ten most powerful economies. Mexico’s energy reform, according to this view, will propel it to become a major global competitor, not least because “the country’s oil reserves are waiting to be exploited.”

If this all sounds too good to be true, it is. The pitfall of this kind of orthodox economics is that it measures success only within the narrow framework of growth, profit, and making the country attractive to foreign investors. Considerations relating to human well-being, living conditions, equality, public safety, human rights, freedom of expression, and environmental protection are treated as externalities; were O’Neill’s sanguine predictions to materialize, there is no guarantee that quality of life for the majority will improve.

To bolster this position, O’Neill interviews President Enrique Peña Nieto, economist and ex-Finance Minister Pedro Aspe—instrumental in initiating the wave of privatization in the early 1990s—and a handful of high-profile Mexican industrialists. Little wonder the picture presented of Mexico’s economy is one of upbeat optimism. It is the enthusiasm of an unquestioning neo-colonial worldview that sees the potential of the “developing” world solely through the narrow lens of investment opportunities.

The campaign of privatization, the removal of trade barriers and tariffs, the withdrawal of state subsidies to small agricultural producers, and the scaling down of social programs following the signing of the North America Free Trade Agreement (NAFTA) in 1994 had disastrous consequences for the population, leading to increased unemployment, the expansion of the informal sector, and the growth of criminal enterprises. By now, more than half the population—over 60 per cent in rural areas—lives in poverty. 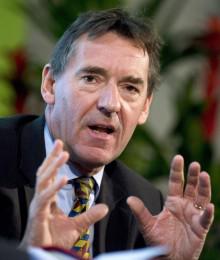 Those who migrated to the northern border where the sweatshops were devouring Mexico’s “flexible” labor were dealt a further blow following China’s entry into the World Trade Organization in 2001. China could now out-compete Mexico in attracting foreign investors thanks to its lower wages and even more lax regulation only seven years after NAFTA came into effect. Although the swath of maquilasweatshops that lines the Mexico/U.S. border was supposed to become the epicenter of growth and productivity and the heart of NAFTA’s success story, China’s rapid expansion meant that within just a few years, many multinational companies simply abandoned Mexico.

Emulating China’s rapid growth and appalling treatment of its workforce, however, is unlikely to reduce disparities in what is now one of the most unequal countries of the OECD. And increased GDP and foreign ownership of much of the country’s oil industry do not necessarily translate into a “perfect storm of benefits” for the population either. Twenty years after NAFTA was signed, it seems that many Mexicans are rightly wary of the prospects of energy reform.

While state-owned institutions like the oil giant Pemex are rife with corruption, there is nothing to say that expansion and privatization will improve the situation unless there is a political strategy to combat it. Recent history suggests the exact opposite. And of course, corruption is not just a major problem in Pemex. It exists in all state institutions and the private sector and is one of the main factors impeding accountability and the supposed democratic transition post-2000.

Mexico’s informal economy is massive, and O’Neill points to this, but fails to outline an effective strategy to deal with it within the narrow confines of his analysis. Around six in ten Mexican workers operate in the informal economy (and therefore do not pay tax), a trend which has increased in the last three decades and which is very much a result of the same policies implemented by mainstream economists and politicians.

What of the terrible suffering and madness of the inter-cartel warfare and militarization of the country that has cost over 100,000 lives and seen some 27,000 people disappeared? These uncomfortable truths don’t make it into the rosy picture of an emerging and energetic Mexico, even though neoliberalism created fertile territory for the growth of criminal enterprises. Orthodox economists prefer to avoid equations in which real people are affected by a politics that only caters for the bottom line.

A more realistic forecast for Mexico’s future might indeed be that of a “perfect storm,” but one which is indifferent to poverty and inequality while overwhelmingly benefitting rich elites, foreign corporations, and organized crime. Surely Mexico needs deep and radical reforms, but they should have as their prime goal the economic needs, security, and well-being of the population, not those of the venture capitalists who see an investment opportunity in the country’s increasing impoverishment and desperation.