Good Enough to Work: Low Pay and No Rights

Mexicans make up the highest number of underpaid workers in the world’s most powerful economy. Much of the story of Mexican migrants in the United States can be seen as a criminalization of poverty.
Tweet
Peter Watt
Mexico, Bewildered and Contested
4/22/2014 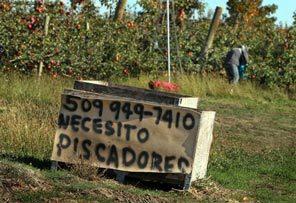 Pablo is 14 years old and picks fruit in Eastern Washington State. Recounting how he left Mexico for the United States with his father, he breaks down and begins crying uncontrollably. Once the tears begin, he simply cannot stop. A medical volunteer who works with uninsured “illegals” suggests that Pablo is suffering from post-traumatic stress disorder, a condition he normally associates with war veterans, but which he increasingly sees among undocumented migrants from Mexico. Pablo had no desire to migrate north, nor did his father, but they are two more among millions of economic refugees who left home out of desperation.

First there was the journey across hundreds of miles, in all weathers, on the roof of a Mexican train. The constant and unremitting fear of being assaulted and kidnapped by armed gangs like the Zetas, who work in collaboration with the police. Then, arrival at the northern border and desperately trying to avoid the unwelcome attention of cartel foot soldiers seeking to recruit by force new drug runners and assassins. Then, crossing the highly militarized border and wandering off into the remote desert for days, knowing that getting lost or running out of water means a hideous death. Even out in the desert, there are criminal gangs on the lookout for hapless migrants. And then there is the largest police force in the United States—the Border Patrol. Beyond the border, it is another 1,500 miles to Eastern Washington to join a few family members who earn a pittance picking grapes for the state’s booming wine industry. Any slip-ups or bad luck along the way will mean deportation, or at least separation from a father who might end up in a privately run detention center for months on end. The invisible, nobody people of Mexico and America’s underclass have rarely been so coveted, but for all the wrong and most perverse reasons. 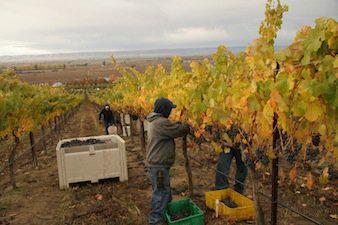 The United States has the world's largest immigrant workforce. Immigrants constitute 14% of U.S. labor and 20% of the low wage workforce. Mexican immigrants in the United States, who constitute the largest immigrant group, also comprise the highest number of underpaid workers in the world’s most powerful economy. Up to 52% of the 11.1 million undocumented migrants now in the U.S. are born in Mexico.

By 2003, Mexican-born consumers in the United States contributed an estimated $395 billion to the U.S. economy. Nonetheless, the U.S. government has few legal obligations to provide even minimal state benefits to undocumented migrants. So while they may produce and spend billions in the United States, the state does little in return, a situation which rewards both government and employers, but which is disastrous for undocumented labor.

This contribution to the U.S. economy would not be possible without a workforce among whom millions have already risked incarceration, deportation, physical abuse, and death. What is widely deemed one of the most dangerous journeys in the world, through Mexico on top of freight trains, has become a perverse rite of passage to a shattered American dream in which toiling in the fields, working as janitors, or exploitation in the service industries, often for pay below the minimum wage and treatment as a racial underclass, is seen as preferable to even more constrained opportunities in Central America and Mexico.

Migrants, far from being in search of “handouts,” overwhelmingly enter the United States in order to escape the grinding poverty in Mexico. Why else risk the multiple dangers of the journey northward, tolerate humiliating work conditions and low pay, and chance arrest, incarceration, and eventual deportation, if not out of desperation? On the one hand, U.S. policy encourages the integration of markets globally and the free movement of goods, but criminalizes those who attempt to move as freely as foreign capital. In short, much of the story of Mexican migrants in the United States can be seen as a criminalization of poverty.

The recent hunger strike at the privately run NorthWest detention center in Tacoma, Washington is a fitting illustration of this trend. The strike was provoked by the dismal treatment of detainees and the lengthy incarceration of people whose crime is being poor. In the midst of the U.S. financial crisis, the much needed undocumented workforce is now in surplus. In response, President Obama has deported 2 million migrants, more than any other U.S. president. And private detention facilities like the one in Tacoma—in the impeccably cynical logic of late capitalism—can now make enviable profits (courtesy of the taxpayer) on the backs of the disposable and leftover labor force.

Many of those deported to Mexico (and elsewhere) have lived in the United States since they were children and no longer have any connections to their country of citizenship. They have since grown up and had families. Under the Secure Communities law enforcement program introduced by the Bush administration and expanded under Obama, 39% of those detained for immigration offenses have either spouses or children (or both) who are U.S. citizens, resulting in the break-up and often financial ruin of families each time another “illegal” breadwinner is deported.

Nearly 120 years ago, political organizer A. L. Montalvo lamented the racial discrimination suffered by Mexican-American workers, noting that they were treated like “pack animals.” His plaintive claim that they “may be good enough to work but not good enough to exercise any civil rights” resonates today with alarming intensity.