El Chapo's arrest may be hailed as a victory for the war on drugs, but the real players continue to operate with impunity behind the scenes. U.S. banks' money laundering helps finance the drug trade.

With the capture of Joaquín “El Chapo” Guzmán on February 21, a number of questions have surfaced regarding the association and assistance between the U.S. government, big banks, and arguably the world’s most powerful drug trafficker. Guzmán had been the head of the Sinaloa cartel, an organization with a global reach and responsible for an estimated 30% of the cross border drug trade. His takedown has been hailed as a monumental victory for law enforcement and the global War on Drugs. However, using history as a guide, it would be irresponsible to think that the arrest will make a significant dent in the drug trade or that this is a simple case of the good guys coming out on top.

While El Chapo may have risen up the ranks of the cartel, and into Forbes magazine's list of the 100 most powerful people, he did not get there just through being incredibly shrewd or ruthless. Anabel Hernández, investigative reporter and author of Narcoland, raises an important question about who are the real kingmakers in the drug trade, stating that “Semi-illiterate peasants like ... El Chapo would not have got far without the collusion of businessmen, politicians, and policemen, and all those who exercise everyday power from behind a false halo of legality. We see their faces all the time, not in the mug shots of most wanted felons put out by the Attorney General’s Office, but in the front-page stories, business sections, and society columns of the main papers.

The Mexican and U.S. governments have openly identified many other high level, influential figures involved in the drug trade. The major problem with this is that they are working for some of the world’s largest banks. It is a case of immunity and impunity for some – and incarceration for others – predominately the poor and people of color.

On January 6, the Mexican newspaper El Universal revealed that between 2000 and 2012, in exchange for information on rival cartels, the Bush and Obama administrations allowed the Sinaloa cartel to import “tons of cocaine” into the United States. The primary rival of concern was the Los Zetas cartel, whose influence extends to actual control of eleven Mexican states

The reality is one in which the line between the criminality of the drug trade and the legal economy is totally imaginary. Antonio Maria Costa, head of the UN Office on Drugs and Crime, revealed in 2009 that there is evidence that the proceeds of organized crime were "the only liquid investment capital" available to many banks on the brink of collapse as a result of the 2008 financial crisis, and that "Inter-bank loans were funded by money that originated from the drugs trade and other illegal activities... There were signs that some banks were rescued that way."

In a 2010 interview with the Bloomberg News, Martin Woods, the former director of Wachovia’s anti-money-laundering unit in London remarked that “It’s the banks laundering money for the cartels that finances the tragedy… If you don’t see the correlation between the money laundering by banks and the 22,000 people killed in Mexico, you’re missing the point.” This connection becomes incredibly clear when we look to the connection of HSBC helping the Mexican cartels funnel hundreds of billions of dollars. 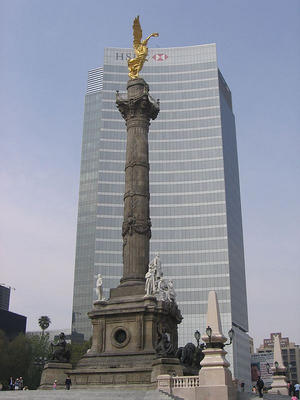 According to legal documents for the case filed in 2012, HSBC admitted that it failed to apply legally required money laundering controls to $60 trillion in wire transfers alone, in only a three year period, $670 billion of which came from Mexico. $60 trillion—that is approximately 85 percent the entire world's GDP in 2012. In a settlement to put an end to the probe into their money laundering activities in late 2012, HSBC agreed to pay a fine of $1.9 billion. While HSBC may have been associated with the largest money laundering operation in U.S. banking history, it is by no means alone.

In 2010, Wachovia was sanctioned for failing to apply adequate money laundering controls on $378.4 billion in transfers originating from Mexico. Until HSBC was caught, it was the largest violation of the U.S. Bank Secrecy Act—which according to the U.S. Treasury Department requires that “U.S. financial institutions to assist U.S. government agencies to detect and prevent money laundering.” However, under a deferred prosecution agreement, Wachovia only had to pay a $160 million fine for its role in laundering hundreds of billions of dollars. Jeffery Sloman, the federal prosecutor who handled the case remarked that “Wachovia’s blatant disregard for our banking laws gave international cocaine cartels a virtual carte blanche to finance their operations.”

Bank of America has also been connected to Mexican drug money, as accounts in Oklahoma City were used to buy planes to transport cocaine, according to a Bloomberg investigation. Additionally, in 2006, the Bank of America acknowledged that it had overseen the laundering of $3 billion originating from South America in a single Manhattan branch. While the monetary figure is comparatively small in relation to the scandals that HSBC and Wachovia would later involved in, when pressed as to why no indictments were sought against the bankers involved, Manhattan district attorney Robert M. Morgenthau simply remarked “because we don’t want to put banks out of business.” This remark was later echoed by Justice Department prosecutor Lanny Breuer, who stated that "Had the U.S. authorities decided to press criminal charges, HSBC would certainly have lost its banking license in the United States, the future of the institution would have been under threat, and the entire banking system would have been destabilized."

It has become very clear that banks such as HSBC, Wachovia, and the Bank of America are integral components of the drug trade, which operate with impunity. While El Chapo may deservedly so spend the rest of his life behind bars, there are many more in the financial sector who have similarly profited off of crime and should be there with him. Whistleblower Martin Wood highlights this connection stating that "These are the proceeds of murder and misery in Mexico, and of drugs sold around the world. But no one goes to jail. What does the settlement do to fight the cartels? Nothing. It encourages the cartels and anyone who wants to make money by laundering their blood dollars." While pushing further on the topic of direct, multifaceted U.S. involvement in the international drug trade is a taboo subject, to ignore its role as a key source of profit for banks, prisons and the military is even more dangerous and costly.

Kevin Edmonds is a NACLA blogger focusing on the Caribbean. For more from his blog, "The Other Side of Paradise," visit nacla.org/blog/other-side-paradise. Edmonds is a former NACLA research associated an a current PhD student at the University of Toronto, where he is studying the impact of neoliberalism on the St. Lucian banana trade. Follow him on twitter @kevin_edmonds.