Instead of a “surge” in deportations, the U.S. government should be paying off its imperial debt to Central America. 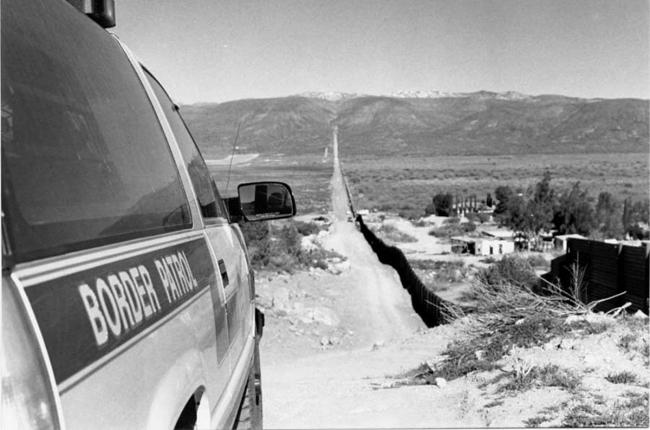 On May 12, Reuters revealed that U.S. Immigration and Customs Enforcement (ICE) is poised to undertake a 30-day “surge” in deportations. The label for the operation suggests a military-like endeavor—the stated goal of which is to arrest and deport hundreds of single adults, mothers, and children from El Salvador, Guatemala, and Honduras who arrived after January 1, 2014, have been ordered to leave the country, yet remain in the United States without authorization. According to Reuters, it will constitute “the largest deportation sweep targeting immigrant families by the administration of President Barack Obama this year.”

Reports of the looming surge have led to protests, with many asserting that the would-be targets of the operation are in fact refugees, as defined by international law. They are individuals who have a “well-founded fear of being persecuted for reasons of race, religion, nationality, membership of a particular social group or political opinion” and can’t rely on their national governments for protection. As such, the critics (who range from immigrant rights advocates to Bernie Sanders to mainstream Democrats) argue that the women and children from Central America’s “Northern Triangle” who are said to be in the United States ”illegally” have a right to stay—even if only temporarily.

While this argument certainly has merit, their critique of Obama administration policy accepts the narrow international definition of who is and isn’t “deserving” of asylum. The result is that the criticism can only bear fruit to the extent that U.S. authorities accept and acknowledge that the humans they prey upon are under extraordinary threat in their countries of birth. Under this framing, would-be deportees do not have a right to stay in the United States because of who they are—as human beings—but because of a determination as to what nefarious forces have done to them, or may do to them, should they be deported.

By merely asking that Washington be more inclusive in its classification of those under threat, the critique, one supported by many progressives, allows the U.S. government to remain the arbiter of who belongs and who does not, thus ensuring future waves of deportation. Moreover, it disregards an expansive notion of human rights, particularly a human right to mobility.

Even if one refuses to accept such a right, a basic concept of justice demands recognition that migration involving the movement of people from exploited and relatively impoverished parts of the world to countries of relative wealth and privilege, is, or at least should be, a right born of debt—an imperial debt. The right to migration, in other words, is a form of reparations.

Take the case of just one of the Central American countries from where the targeted individuals have fled: El Salvador. As Elise Foley and Roque Planas have pointed out, although the Obama administration contends that the country is sufficiently safe for deportees, it considers El Salvador too dangerous for the U.S. Peace Corps. Due to “the ongoing security environment” in El Salvador, the Peace Corps suspended its operations there in January.

There’s no doubt that El Salvador is very dangerous—not least for deportees from the United States, many of whom have been killed upon their forced return. The country’s murder rate is 22 times that of the United States. The first three months of 2016 saw nearly one murder per hour, making the country one of the most violent in the world. As in Guatemala and Honduras, criminal gangs plague the country, and the boundary between gang members and the police and the military is often quite fuzzy. But horrific violence in El Salvador is not new, nor is its making limited to the country’s territory. As is the case for all too many countries in Latin America, the roots of El Salvador’s violence are tied to Washington’s longstanding project of domination of the hemisphere.

During the 1980s, hundreds of thousands of Salvadorans fled the terror associated with their country’s brutal civil war and headed to the United States—typically entering clandestinely as the Reagan administration, with rare exceptions, refused to grant them refugee status. It wasn’t until 1990, with both the war in El Salvador and the Cold War winding down, that the U.S. government granted Temporary Protected Status to Salvadorans living in the United States—placing them in what sociologist Cecilia Menjívar has characterized as “legal limbo.”

Life in the neighborhoods where Salvadoran refugees settled helped to give rise to El Salvador’s contemporary gang problem. As anthropologist Elana Zilberg writes in her book, Spaces of Detention: The Making of a Transnational Gang Crisis Between Los Angeles and El Salvador, many of the young people were products of the very violence they were fleeing:

Many Salvadoran youth had lost family members to the Salvadoran civil war, or were left by parents on the run from political persecution or for reasons of mere economic survival. They had seen tortured corpses and severed body parts on their way to school. While in school or out on the streets, boys no more than twelve years old were forcefully conscripted into the army. Children joined the guerrillas—in the early years, sometimes by force. Some learned to make Molotov cocktails, to kill and to torture. This was the history that followed them . . . a history funded by the United States.

Once in El Norte, a lot of them, particularly those residing in and around Los Angeles, found themselves living in poor, often destitute communities in which gangs already had a strong presence. The marginalized conditions in which many Salvadoran refugee youth subsisted, along with the violent histories they embodied, led many to join and form gangs—not least for reasons of self-protection.

As Zilberg suggests, the United States funded much of the terror associated with the civil war—in the form of hundreds of millions of dollars in aid—to prop up El Salvador’s right-wing government and the grossly unjust political-economic order it defended. The Pentagon, via the infamous School of the Americas, also trained some of El Salvador’s most notorious military officers—ones found to have committed some of the worst atrocities associated with the civil war. This included the assassination of Catholic Archbishop Oscar Romero and the massacre of several hundred civilians, many of them young children, in the village of El Mozote.

In addition, Washington sent what were euphemistically referred to in official circles as “advisers” to help El Salvador’s brutal military establishment in its fight against the guerrillas of the Farabundo Marti National Liberation Front (FMLN). It was later revealed that these “advisers”—members of the U.S. Special Forces, who, over the course of the war, numbered in the thousands—actively engaged in combat operations, and presumably some of the associated war crimes as well.

According to El Salvador’s official truth commission, more than 75,000 Salvadoran civilians lost their lives during the civil war (1980-1992)—this in a country of about five million people at the time. The commission’s report attributed 85 percent of the deaths to the U.S.-backed state (in the form of the country’s military, paramilitary forces, and “death squads”), and five percent to the FMLN.

Since the 1992 Peace Accords, which marked the end of the civil war and a transition to democratic elections, the U.S. government has deported gang members—real and imagined—to El Salvador in large numbers. This, combined with the country’s legacy of violence, its impoverished state, and the dislocating effects of a neoliberal “free trade” agreement, the Dominican Republic-Cental America Free Trade Agreement (DR-CAFTA) imposed by the country’s conservative elites and heavily pushed by the United States more than a decade ago, is what has given rise to El Salvador’s present-day gang crisis and the marked increase in out-migration.

All this manifests U.S. culpability for much of El Salvador’s past and inextricably-tied present-day plight. It illustrates how deeply interconnected, and unjustly so, U.S. and Salvadoran societies are, a reality that strict boundary and immigration policing, which the deportation “surge” embodies, disguises and works to erase. It also should negate any justification by the United States government to deport and deny rights of residence to people of Salvadoran origin.

Donald Trump’s promise to engage in mass deportations if and when he becomes president has given rise to much concern and derision. The reaction to Trump, however, has often served to mask the fertile soil from which the reality TV star’s ugly dreams bloom. As the threatened surge demonstrates, it’s soil that the Obama administration has played a large a role in producing, having deported more individuals than any previous administration and almost as many as all those of the 20th century combined.

The roots of this deportation regime must be eradicated and replaced. But this will not occur by asking the federal government to be more “humanitarian” in carrying out its regime of immigrant and territorial exclusion. It will only come about by demanding—and fighting for—a very different world, in which the U.S. government does not undermine the very conditions that make life viable for the majority in migrant-sending countries. This would be a world in which the U.S. state does not block those fleeing the ravages Washington has helped to produce from seeking a better life in U.S. territorial confines—if not for reasons of common humanity, then, at the very least, as compensation for the conditions it created.

Until we make this happen, we can be sure that another “surge” will always be on the horizon.

Joseph Nevins teaches geography at Vassar College. Among his books are Dying to Live: A Story of U.S. Immigration in an Age of Global Apartheid (City Lights Books, 2008), and Operation Gatekeeper and Beyond: The War on “Illegals” and the Remaking of the U.S.-Mexico Boundary (Routledge, 2010). Follow him on Twitter @jonevins1