Toward a Sustainable Peace In Colombia

In addition to reducing violence, the renewed ceasefire between FARC and the Colombian government will likely diminish environmental destruction.
Tweet
Orion Cruz 8/13/2015 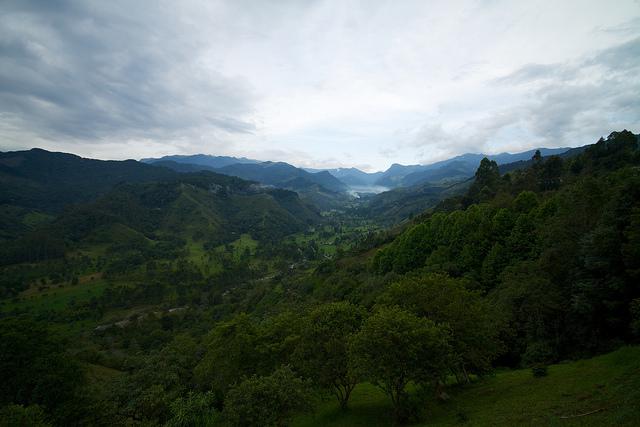 On Colombia’s Independence Day, July 20th, the Fuerzas Armadas Revoluncionarias de Colombia (FARC) revived a unilateral ceasefire for a month after they had suspended it on May 22nd. The move was part of a deal reached with the Colombian government to salvage the troubled peace talks, which looked destined for collapse amidst the high levels of violence and sabotage that the end of the ceasefire had provoked. Although the Colombian government has continued to reject a bilateral ceasefire, it did agree to reduce the intensity of its military operations as part of the new agreement.

Both sides considered the deal a promising breakthrough. In a public address, President Juan Manuel Santos described the plan as “an advance towards humanizing the war to avoid more victims, pending a definitive accord.” This agreement isn’t just good news for the combatants and innocent civilians affected by the conflict, it’s also good news for the environment. As a series of recent events leading up to the revival of the FARCs ceasefire have underscored, environmental destruction is intimately linked to the armed conflict in Colombia.

On May 11th, not long after a 5 month period of relative peace began to unravel, the first of these events occurred. Over 600 Colombian troops raided 63 illegal mines located throughout the country, arresting dozens and destroying heavy equipment. Following the raids, defense Minister Juan Carlos Pinzon explained that the operation had been conducted because “illegal mining generates illicit finances for illegal groups and destroys the environment.” He also described it as “the heaviest blow to illegal and criminal mining in at least a decade.”

While many unlicensed mines in Colombia are operated for the benefit of criminal bands (BACRIMs), illicit mining also fuels the armed conflict by generating funding for the FARC.  Among the almost 60 people arrested in the raids, 12 were identified as belonging to the FARC. Santos, as well as many others, believe illegal mining is a way for the FARC to supplement profits previously made from the drug trade, control of which has gradually shifted to Central America and Mexico. The illicit mines around the country are so lucrative that Defense Minister Pinzon said the recent raid would deprive the FARC of about $9 million a month.

Not only does illegal mining fuel the conflict, it exacts a huge cost on the environment. Once minerals are found, forest is inevitably cleared, bushmeat is hunted to feed the miners, rivers become filled with sediment and mercury, and the general vicinity is often reduced to something resembling a moonscape. The scale at which illegal mining is happening in Colombia is another problem. According to some estimates, 9 out of every 10 gold mines are unlicensed and their combined production amounts to around 80% of the country’s total. To make matters worse, most of the mining takes place in indigenous preserves and areas under environmental protection, which are often hotspots in the biodiversity-rich country.

On May 14th, shortly after its operation against illegal mining, the Colombian government made another decision with significant ramifications for the conflict and the environment: it decided to halt the aerial spraying of the country’s illegal coca crops. The government began aerial spraying on a small-scale in the 1990s in a failed attempt to reduce cocaine production. As the practice became established, the amount of land sprayed each year grew until 2006, when it peaked at more than 405,000 acres. Despite Colombia’s embrace of the method, none of the other major coca-producing countries, such as Peru or Bolivia, ever followed suit.

Aerial spraying in Colombia is integrally connected to the armed conflict because one of its primary rationales is to deprive the FARC of financing. The view of many in the government and military, as well as in the U.S. government, which spent billions supporting the aerial fumigation program, was clearly stated by a former-Vice Minister of Justice, Rafael Nieto, after it was announced that Colombia would halt the program. “If the spraying is stopped, the income of the drug traffickers, the criminal gangs and the guerrillas will go up substantially and so will the number of dead and wounded,” Mr. Nieto told the New York Times. Health concerns aside, many other individuals and organizations have argued that aerial fumigation, which targets farmers rather than drug traffickers, is inefficient and counterproductive.

The impetus for ending aerial spraying stemmed from public health concerns, following a finding by the World Health Organization (WHO) that the active ingredient in the chemical sprayed, glyphosate (which is also found in Monsanto’s Roundup), probably causes cancer in humans. The fumigation program, however, was harmful to the environment as well. Unlike manual eradication efforts, aerial spraying is subject to “drift” from the target area. Moreover, the spraying of this broad spectrum herbicide often affected remote forested areas, including national parks that are high in plant biodiversity. Environmental organizations have also expressed concern about the impacts on wildlife, particularly on aquatic ecosystems and birds.

The most recent of these events was also the most environmentally destructive. On June 22, the FARC blew up a section of the Transandino pipeline in southwestern Tumaco spilling approximately 400,000 gallons of crude oil into several rivers that feed into the Pacific Ocean. The spill was so devastating that 150,000 people were left without drinking water and a state of emergency was declared. In a visit to the region, President Santos said the spill could represent “the worst environmental damage in the country’s history.”

Targeting energy production and transportation infrastructure isn’t a new development in the armed conflict. It’s been one of the main tactics that the FARC, as well as the Ejército de Liberación Nacional (ELN), has used for decades to create instability and deprive the government of foreign investment and revenue. In 1995, the New York Times described the assaults as so common that “most Colombians hardly take notice of the almost weekly pipeline attacks.” The financial cost of this sabotage often deprives the government of hundreds of millions of dollars in a single year. In 2001, attacks on the Caño Limón Coveñas oil pipeline alone resulted in shutdowns that cost the government approximately $500 million in revenues and royalties.

It’s unclear how much oil has been spilled due to sabotage throughout the duration of the armed conflict, but what is clear is that it’s a staggering amount. By some estimates, the amount was at least 3 million barrels as of 2009, which amounts to more than 12 times what was spilled during the Exxon Valdez disaster in Alaska. Just like calculating the amount of oil that’s been spilled as a result of sabotage, the cumulative environmental impact of these spills on Colombia’s forests, rivers, and soil is difficult to measure. Following the Tumaco spill, both President Santos and his Environment Minister stressed that the region’s fragile rainforest would take decades to heal, if it ever recovered completely.

As these examples illustrate, this latest de-escalation of the conflict between the FARC and the Colombian government offers not only hope, as Humberto de la Calle, Colombia’s head negotiator, described it, of “a great chance to end this conflict,” but also of reducing the environmental destruction associated with it. Whether it can lead to a lasting peace, however, remains to be seen. If the FARCs ceasefire remains in place, in four months Santos has said he will revisit the agreement and consider the progress made in the peace talks, with an eye toward consideration of a bilateral ceasefire.

Unfortunately, peace alone won’t solve Colombia’s environmental problems. As the FARC pointed out in response to criticism after the Tumaco spill, they aren’t the only one’s responsible for environmental degradation. The economic and environmental policies of the government, or lack thereof, also play a significant role, particularly in important areas of the Colombian economy, such as fossil fuel extraction, palm oil production, and mining. Although achieving a peace accord would significantly improve the country’s environmental situation, the struggle for sustainable development policies in Colombia is far from over.

Orion Cruz is a lawyer who focuses on environmental law and policy, human rights, climate change, and Latin American affairs. He attended Lewis & Clark Law School and has a master's degree in environmental policy from Vermont Law School.