A Legacy of Weaponized Amnesia

Without a reckoning of how past policies have shaped current migratory patterns, restriction efforts – Democratic and Republican – miss the point. 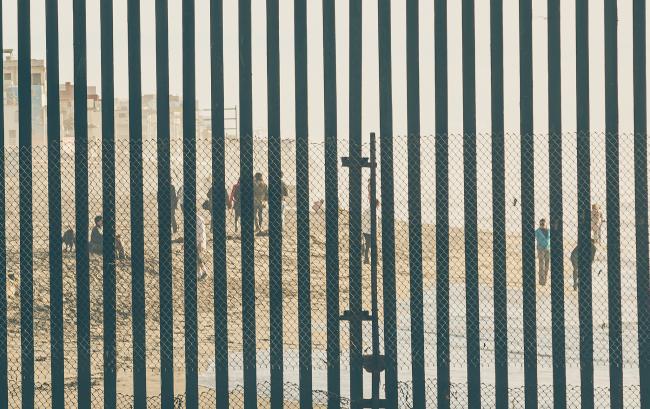 “Democracy can be undone, hollowed out from within, not only overthrown or stymied by antidemocrats.”
Undoing the Demos: Neoliberalism’s Stealth Revolution, Wendy Brown

Today’s frenetic media cycle makes the present moment feel isolated in time, as though the unfolding events of the past do not bear upon our present. Watching recent coverage of children—euphemistically referred to as “unaccompanied minors”—arriving from El Salvador, Guatemala, and Honduras, I’m struck by what mainstream immigration discourses always leave out: the predatory histories that have destroyed peoples’ home countries and set them moving in the first place. These aren’t obscure facts or contested accounts. Together they are a significant part of the totality of American history in the second half of the twentieth century.

The near-complete absence of these histories in our political deliberation over immigration is obscene. In a recent interview with Ta-Nehisi Coates, President Barack Obama says that “some of the most challenging discussions” he’s had have been “with activists who essentially would argue that any immigrant from Central America…should be allowed to stay because their country is dangerous, their country is poor.” What he never touches on is why their country is dangerous and how it became poor. Coates never presses him. Obama, who expelled just under two and half million people from the United States, does what today’s Democrats do when confronted by their gruesome record on immigration: they ignore history and in its absence weave an abstract morality tale with hard choices: “I remember saying to her: I agree with you, from a moral perspective, that a child from Honduras is worth the same as my daughter. God is not a respecter of boundaries; he’s not saying that American kids deserve a better life than Honduran kids. But I’m the president of the United States, and the nation-state by definition means that boundaries mean something and borders mean something.”

Today, we face a wall. But far from being a radical new idea, a border wall between the United States and Mexico is a horror that has already broken ground. I’ve visited several of its desolate stretches, and a few years ago I went to a macabre trade show for the ever metastasizing border security industry. The original stretch of wall—a massive metal spine that appears to erupt from a half-rotted carcass—begins, absurdly, from an arbitrary point not that far into the Pacific Ocean. Standing on the repurposed beach feels like standing in a prison yard, and the shrieks of gulls perched on digital surveillance towers sound like human screams.

This original segment was erected in what is now named Friendship Park, a beach between San Ysidro, California and Tijuana, Baja California. Ground broke here in 1994, under the initiative of Bill Clinton, a Democrat. He named his border militarization project, of which this wall was only one element, Operation Gatekeeper. It was successfully sold to average Americans as a matter of public safety despite the dearth of evidence linking immigrant populations to any kind of threat to the public.

Looking back on it today, it makes sense—Operation Gatekeeper fit squarely with Clinton’s modus operandi of using hard-handed policing measures to appear to address the human degradation his other policies intensified. As Joseph Nevins points out in his book, Operation Gatekeeper: The Rise of the “Illegal Alien” and the Making of the U.S. Mexico Boundary, “INS [Immigration and Naturalization Service] Commissioner Doris Meissner admitted during testimony to Congress in November 1993, she foresaw that NAFTA would most likely lead to an increase in unauthorized immigration from Mexico to the USA in the short and medium terms, leading her to state, ‘responding to the likely short-to medium term impacts of NAFTA will require strengthening our enforcement efforts along the border, both at and between ports of entry.’”

Meissner was correct in her prediction. NAFTA intensified the downward economic trajectory millions were faced with in Mexico. In 2005 the World Bank found that the extreme rural poverty rate in Mexico increased nearly 20 percent between 1992 and 1998. Real wages declined sharply, and the most vulnerable populations were left with few alternatives but migration. The fact that Operation Gatekeeper was initiated within the year tells us that this trade deal fits into the long, dark history of predatory incursions into Latin America. Border militarization is how the Clinton administration chose to appear to deal with the increased migratory pressures wrought by his economic policies.

To the American empire, boundaries and borders have meant very little. But its boundaries and borders have always meant something very different than those of other countries. In the 19th century the United States redrew Mexico’s by invading it and waging a war of overwhelming aggression against a lame opponent in order to expand their chattel slavery empire. Mexico lost half of its entire landmass. United Fruit, in conjunction with their paid U.S. government collaborators, stomped around Latin America wreaking havoc for profit for the better part of a century. During the Cold War, the United States military and intelligence crossed boundaries and borders to collaborate in the overthrow of democratically elected leaders, often leaving the countries in ruins or installing right-wing pro-American regimes that brutalized their populations.

What exactly do boundaries and borders mean, then?

Obama’s vague answer suggests that he believes our boundaries and borders are constituted by exclusion—in other words, they only mean something if they exclude—and that this is their natural state, not their political construction. If his legacy of unprecedented mass deportation is any indication, the exclusion has to be most severe and not amenable to anything except the needs of the American labor market. Including Honduras—its history and context in absentia—he insidiously asserts that these hypothetical Honduran children must be excluded or the very nation-state ceases to be. Any consideration of their humanity, on the most fundamental level, is for God, he says. Any consideration of peoples’ claims for historical redress, claims people make with their bodies and at great peril, are not admissible in any meaningful sense. These realities are ones we choose to forget.

Obama is, by no means, unique in this amnesia. This kind of forgetting finds its way into all avenues of our law, order, public, and civic lives. It may be that the American empire fears it owes too much, that opening the door to redress would wipe it clean because the histories of U.S. relations with Latin American countries are so similar to the histories of South East Asian countries, Middle Eastern countries, and African countries. But migrants are not asking for the balance, only a place at the table they helped build.

Obama found a place in many hearts because he ran as a leader who would orient this country toward justice. What he built was a machine of mass surveillance, mass deportation, and perpetual war. The machine is lubricated by our collective amnesia, and he just handed the keys to Donald Trump. Until we start meaningfully remembering who we have been, our forgetting makes justice an ever-receding horizon, and turns our hope into a delusion that keeps us moving in a doomed direction.

José Orduña is a visiting assistant professor of creative writing at the University of New Mexico. His first book, The Weight of Shadows: A Memoir of Immigration and Displacement, was published by Beacon Press in April of 2016.