Pursuing ‘A Radical Faith’ in the Trump Era

What can the assassination of Sister Maura during El Salvador’s civil war teach us about humanity for Central American refugees today? 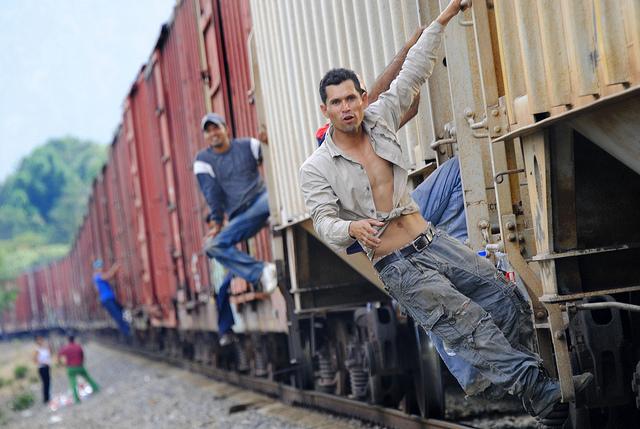 In its article on the new Trump initiative to arrest parents suspected of having arranged to bring their children to the United States with the help of smugglers, The New York Times reported on José, a man from El Salvador. More than 10 years ago, he and his wife migrated to the United States, leaving their young son Henry in the care of relatives. When Henry became a teenager, local gang members began threatening him for his refusal to join them. Fearing for his son’s life, José wired money to his homeland and arranged for Henry to be smuggled across the U.S.-Mexico divide.

“It’s impossible to do without help,” José declared, referring to the arduous journey over land to the United States. “My son didn’t know the way, and it was dangerous. I was worried,” he admitted, “but my bigger worry was that my son would not be safe in El Salvador. To stay there would have been fatal.” And to let him stay there—for José not to provide the means to help Henry find his way to safety in the United States—would have constituted an abandonment of his responsibilities as a parent.

To deny José’s right to protect his son by helping him migrate to safety is simply cruel. As Michelle Brané, the director of the migrant rights and justice program at the Women’s Refugee Commission, points out, the administration is “punishing parents for trying to save their children’s lives.”  It is a cruelty often masked by appeals to the supposed sanctity of the law—and to the need to uphold it.

U.S. Department of Homeland Security (DHS) head and retired marine general John Kelly explains, for example, that his agency has “an obligation to ensure that those who conspire to violate our immigration laws do not do so with impunity.” As has often been the case with such repressive measures—take state efforts to stymie “human trafficking”—officials justify them by positioning themselves as tough, virtuous protectors of the innocent. Jennifer Elzea, deputy press secretary of DHS’s Immigration and Customs Enforcement (ICE), for instance, declares that those “who have placed children directly into harm’s way by entrusting them to violent criminal organizations will be held accountable.”

U.S. officials sometimes acknowledge the difficult circumstances that compel people to leave Central America, particularly the countries of its so-called Northern Triangle (El Salvador, Guatemala, and Honduras), and come to the United States. In his testimony last month to the House Appropriations Committee, for instance, Acting ICE Director Thomas Homan spoke of the work of ICE agents: “[T]hey are law enforcement professionals, but they have hearts. Do they feel bad about what is going on in Central America? Yeah. I’ve been to Central America, those countries aren’t as nice as the United States, it’s much nicer, and I can’t blame anybody for wanting to come here.”

The America Homan grew up in was and remains a country that provides little to no meaningful legal channels for those fleeing the insecurity and violence of everyday life in places such as Henry’s homeland to migrate to the United States. It is also, of course, a country whose government has violated all sorts of laws (including its own) in carrying out its policies abroad, not least in El Salvador, that have made life miserable for many.

In this regard, the ICE Directors’ invocation of the law is empty—at least in reference to the suggestion that there is a feasible legal path for people like Henry to migrate to the United States. At the same time, Homan’s words are of great significance: They expose how the law often serves as a tool of the oppressor, as a convenient instrument to brandish to justify the unjust—in this case, the denial of the right to mobility in the face of oppression and deprivation. After all, what is the U.S. apparatus of exclusion—what is called border security in official parlance—other than an instrument to keep the global poor in their place (and out of “ours”), part of a project of maintaining a world of gross socioeconomic inequities?

I couldn’t help but think of this in light of a new book I recently read: A Radical Faith: The Assassination of Sister Maura by Eileen Markey. The title refers to Maura Clarke, a Maryknoll nun brutally murdered in El Salvador by members of the country’s U.S.-backed military in December 1980. Born and raised in a working-class family in the Rockaway section of the New York City borough of Queens, Clark worked as a Catholic missionary in Central America for 20 years, almost all of them in Nicaragua during the Somoza regime.

Markey’s beautiful book is a multifaceted one—of Irish immigration to the United States and assimilation, of transnational linkages of various sorts, and of Catholicism and a church changed by doctrinal shifts within the institution itself and by the broader winds of liberation theology. Moreover, it is a history of revolution and a biography of a woman who became radicalized through her living and working with the poor in Central America in circumstances of extreme political-economic and military repression. These experiences helped her see that the “the law” invoked by state authorities is often a tool of violence, one deployed to rationalize and uphold the unjust, and thus the necessity of pursuing a politics defined by higher laws—particularly allegiance to a God who stands in solidarity with the poor and their struggle for a just world.

In August 1980, a little more than a year after the triumph of Nicaragua’s revolution, Clarke’s commitment to these higher laws motivated her to move to El Salvador, a country plagued by massive inequality, poverty, and systematic atrocities. She did so with trepidation, knowing that she could lose her life.

Her move was a response to one of two calls that Óscar Romero, the social-justice-oriented archbishop of San Salvador, had issued at the beginning of the year. The first was an open letter to President Jimmy Carter requesting an end to U.S. military and economic aid to El Salvador, which, Romero argued, would “undoubtedly sharpen the injustice and repression suffered” by those struggling “for their most basic human rights.” The second was to the head of the Maryknoll Sisters to send more nuns.

Within weeks of publishing the letter to Carter, who never responded, Romero would be dead, assassinated by members of a military-backed death squad while giving mass in San Salvador.  Residents of the capital city’s wealthiest neighborhoods celebrated the killing that evening, Markey reports, by firing shotguns into the air.

Clarke arrived in an El Salvador under siege from within as its ruling families and the brutal military apparatus behind them committed gross atrocities against the country’s popular movement. “Death was everywhere,” Markey writes. “Bodies of people killed by the military and the death squads were left to rot on the side of the road or in fields where they were tossed—a judge’s order required before a body could be moved.” Corpses were often horrifically mutilated. Not long after she arrived, Clarke would see buzzards feeding on the bodies. “It seems unbelievable but it happens every day,” she wrote to another Maryknoll sister.

As she worked closely with the people in the area of Chalatenango, Clarke and fellow priests and nuns there came under the military’s suspicion as collaborators with the country’s guerrilla force. Death threats would soon follow. On the night of December 2, 1980, members of the Salvadoran military intercepted Clarke, Sister Ita Ford, Sister Dorothy Kazel, and Jean Donovan, a Catholic lay worker, as they were driving near the capital. A day and half later, their bodies were found in a shallow grave; two of the women showed signs of rape.

In response, the Carter administration quickly suspended all aid to El Salvador, only to reinstate it a few weeks later after a Salvadoran military investigation absolved the country’s armed forces of any involvement in the killings of the four women. One of Carter’s last acts in office, Markey recounts, was the resumption of military aid, topped with an additional $5 million to fight an offensive launched by the FMLN, El Salvador’s guerrilla army, in January 1980. During the dark days of the Reagan administration, which did its utmost to stymie a serious investigation of the murders and cast aspersions on the nuns, U.S. backing for the Salvadoran military only increased.

It would not be until 1992 that El Salvador’s civil war would come to a negotiated end. According to the country’s truth commission, more than 75,000 Salvadorans lost their lives during the war—the vast majority of them at the hands of the state and its proxies.

While much has transpired since that time—not least the FMLN’s transformation into a political party that now governs the country—El Salvador remains a country marked by multiple forms of violence and insecurity, compelling many to migrate to the United States. With one of the world’s highest murder rates—one fueled by U.S. deportation of alleged gang members to El Salvador—it is a dangerous country, particularly for young males. Combined with the destabilizing effects of a “free trade” agreement (DR-CAFTA) imposed on the small country more than a decade ago by an alliance of Salvadoran elites and the U.S. government, it has a resulted in a situation that makes life untenable for many. .

Appeals to the alleged inviolability of the law to legitimate Washington’s apparatus of border and immigration policing conceal the United States’ role in producing the factors that drive people like Henry to flee their homelands. It also obscures how the massive growth in the U.S. apparatus of exclusion since the mid-1990s means that most seeking refuge in the United States have to rely on smugglers to reach the country. Indeed, increased smuggler fees—presumably because of increased demand for their services—are one of the “indicators” of success asserted by the U.S. Border Patrol in its 1994 planning document that underlies the current policing strategy of deterrence.

By greatly limiting the mobility of people who find themselves in situations in which their basic human rights are under threat—whether by direct violence or grinding poverty—so-called border security and the laws upon which it rests are themselves antithetical to human rights. They are also part and parcel of an unjust world order. It is one in which a relatively privileged global minority, more or less traverse national boundaries with ease. Meanwhile, the poor and disadvantaged majority are either forced to subsist in places where a life of wellbeing is not viable, or illegalized in their efforts to circumvent the increasingly formidable obstacles the privileged put into place to stymie their movement.

In one of her last letters before she was killed, Maura Clarke wrote, “The human family will always search and yearn for liberation.” It is that quest and desire that motivates the efforts of many parents to bring their children to the United States. And it is a quest and desire that no law can, or should seek to, deny.

Joseph Nevins teaches geography at Vassar College. Among his books are Dying to Live: A Story of U.S. Immigration in an Age of Global Apartheid (City Lights Books, 2008), and Operation Gatekeeper and Beyond: The War on “Illegals” and the Remaking of the U.S.-Mexico Boundary (Routledge, 2010). Follow him on Twitter @jonevins1