Trump’s new zero-tolerance immigration policy, which separates parents from their children, is a cruel strategy to curb the flow of immigrants and asylum-seekers arriving in the United States. Here’s why it’s bound to fail. 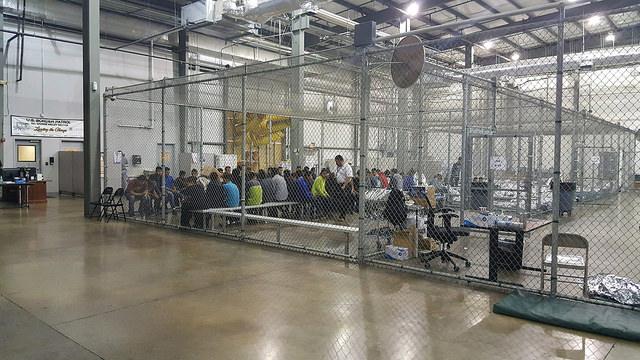 Last month, Attorney General Jeff Sessions announced the Trump administration’s new zero-tolerance policy of seizing children at the border in order to detain and prosecute their parents. “If you don’t want your child separated, then don’t bring them across the border illegally. It’s not our fault that somebody does that,” Sessions declared. Immigrant rights groups had already raised the alarm about a quickening tempo of family separations in recent months, and The New York Times had documented hundreds of separations. But Sessions’ announcement six weeks ago heralded a dramatic escalation of the practice. Since then, 2,000 children have been forcibly removed from their parents.

Meanwhile, those crossing into the United States have been treated to a mounting litany of horrors. The administration claims that border patrol agents take children because their parents crossed the border illegally, but there are documented cases of parents who have had their children taken despite presenting themselves at legal points of entry. Meanwhile, many of the so-called “illegal entrants” are in fact asylum seekers from Central America whose right to seek asylum is protected under domestic and international law.

The same week Sessions announced the zero-tolerance policy, I was visiting an Immigration and Customs Enforcement (ICE) detention facility near San Antonio, Texas. The South Texas Family Residential Center in Dilley, Texas, is the largest immigrant prison in the United States, with 2,400 beds. It is also one of three prisons in the country specially outfitted for immigrant mothers with children. The vast majority of the women and children detained there are Central Americans apprehended at the U.S. southern border. In other words, these are precisely the families targeted by the new separation policy.

At the detention center, I worked for a pro bono project that provides legal services for women being held in immigrant detention. The project’s main task is to prepare asylum seekers for a credible fear interview, which they must pass in order to be freed from the prison and allowed to pursue their asylum claim in immigration court. Volunteers sit down with individual women and the conversation begins: ¿por qué tiene miedo de volver a su país? (“Why are you scared to return to your country?”). Over the course of the week, I met with some 50 individual women and asked this same question. In past visits to the facility, I’ve spoken with dozens of others. The answers women give suggest that the policy of family separation will fail.

Many of these migrants are mothers, and sometimes fathers, with children. They flee dangers to their own lives, to those of their children, and often to both. A Salvadoran woman I spoke to describes the day her husband, a taxi driver, arrived home crying after a gang ordered him to deliver some weapons. He fled, and she remained behind with their children tending a juice stand. Then they came for her brother-in-law, who refused to pay the cuota, the extortion fee that gangs routinely demand. “He left seven children. Seven children,” she sobs, describing his murder.

There is the evangelical Sunday school teacher who was accosted by gang members at her daughter’s birthday party. The mother who finds disemboweled animals on her doorstep and a note that her children will be next. The woman weeps as she describes miscarrying an almost full-term baby after a brutal beating by her partner. “Señora,” the horrified doctor told her. “Your baby has bruises and broken bones.” Women pull back sleeves and roll up cuffs to reveal the scars on their bodies: the time he threw a chair, the incident with the machete. They finger the scars on the bodies of their children. They lower their voices and look at the floor as they recount rapes: “I never told anyone this before.”

Such journeys are propelled by desperate circumstances, and migrants do not make the decision to come to the United States, lightly or, in many cases, willingly. “I never imagined myself going to the United States,” the Salvadoran woman with the murdered brother-in-law says. “But one by one the doors closed on me. This was the only option left.” Such stories show why even the most punitive of border policies, including family separation, will not alter migrants’ behavior. Such policies overlook the reasons why migrants leave in the first place.

“No one leaves home unless/home is the mouth of a shark,” writes the British Somali poet Warsan Shire. Central American asylum seekers now flee the mouth of the shark only to find themselves in the mouth of a wolf. Yet no matter how vicious the wolf, they will keep coming. Desperation is more powerful than deterrence. Between death and separation, they will choose separation.

In a sense many migrants have already made that choice. Mothers in family detention have at least one child with them, but the majority of those I spoke with had left behind one or more other children at home. For many people the journey is too expensive to make with all their children, so they have engaged in a kind of parental triage. In some instances, the choice is clear: they opt to bring the child most in danger—the daughter recruited by a local gang member as a “girlfriend,” the son targeted by the gang for refusing to join, the child threatened by a violent stepfather. In other cases, they bring the youngest—the child most in need of maternal care—or the oldest—the one most able to make the journey north. They leave the remaining children with their fathers, with grandmothers, with aunts. Assuming these women pass their credible fear interviews and are allowed to pursue their asylum cases, it will likely be years before they see those children again (U.S. immigration courts are backlogged by years, and petitioners are not allowed to bring their children unless they win asylum). Their decisions cannot be described as “free” in any meaningful sense. But in the face of desperate circumstances, they have already made the wrenching decision to separate from some family members in order to save others. 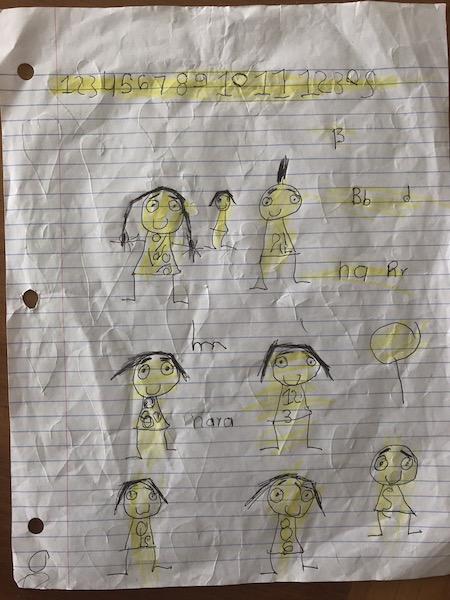 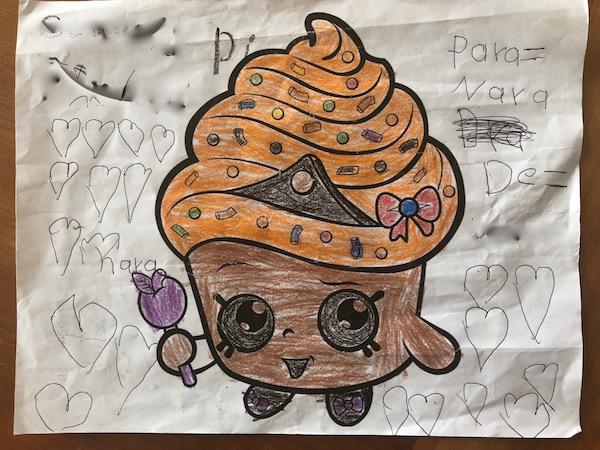 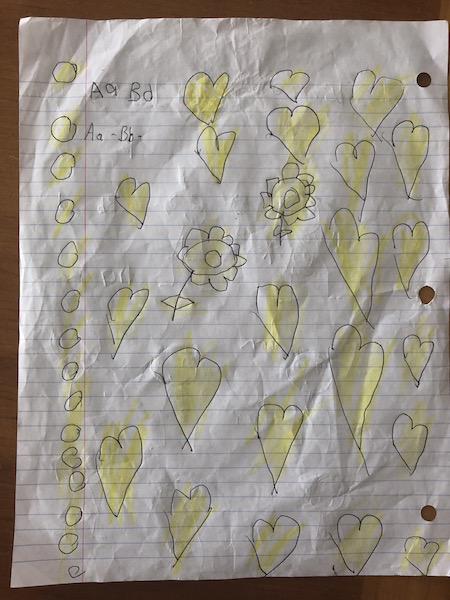 ICE Acting Director Thomas Homan recently declared that “loopholes” in immigration law and “enticements” in border and immigration policy act as pull factors that encourage illegal immigration. Among the lures he cited sanctuary cities, the possibility of employment, and “the right to due process at great taxpayer expense.” By closing the loopholes, by creating deterrents like forcibly appropriating their children, the administration will supposedly stem refugee flows.

The story of “loopholes” and “enticements” ignores the appalling conditions that already greet migrants once they cross the border. These conditions include an abusive border patrol that illegally turns away asylum seekers and verbally and sometimes physically mistreats migrants. Women in Dilley describe the degrading epithets hurled at them, and sleeping children prodded awake with the toe of a boot. They describe the horrific conditions of the so-called perreras (dog pens) and hieleras (ice chests), the infamous bunkers where migrants are held before being transferred to detention facilities like the one I visited in south Texas. The “loophole” allegation also ignores the daunting long-term prospects that greet asylum seekers, who face years of separation from family back home and long odds in obtaining asylum. Nationally, about 50 percent of asylum cases are successful, but the rates vary radically; in Charlotte, 7 percent of cases receive asylum and in Atlanta, effectively zero do. These adverse conditions, incidentally, long predate Trump and have done nothing to discourage refugees from coming. The most recent Customs and Border Patrol statistics actually show a sharp increase in the numbers of families apprehended at the border: from February to May, the number increased almost fivefold compared with the same period last year. It was purportedly these numbers that angered Trump and drove him to adopt the separation policy.

The administration’s emphasis on supposed pull factors is also misguided because it ignores the push factors. In this it demonstrates an utter lack of understanding, or perhaps a strategic misrepresentation, of the motives that induce people to leave their jobs, homes, families, and yes, even their children, in the first place. Deterrence policies assume that U.S. border policy determines migrants’ decisions, rather than the conditions from which they flee. Such policies reflect the administration’s radically inflated sense of its own power to shape migrants’ behavior. In other words, the forcible removal of children from their parents exemplifies not just this administration’s astonishing cruelty but also its monumental hubris.

The fact is that while the U.S. government has nearly unlimited power to inflict harm and suffering on people once they cross the border, its ability to convince them not to come in the first place is limited. Spend time in Dilley speaking with women and it quickly becomes clear that, in the calculus between shark and wolf, it’s the shark—the violence, fear, and impunity they face at home—that dictates migration decisions. The dangers of the wolf—the gross human rights abuses at the border, the daunting odds of ever getting asylum in many jurisdictions, and now, the prospect of losing their children—are secondary.

Ultimately, family separation is a ghastly measure of just how far we have come in the relentless criminalization of migrants. In March of last year then-Secretary of Homeland Security John Kelly appeared on CNN and first publicly floated the idea of removing migrant children from their parents. Following a huge public outcry, Kelly hastily backpedaled, falsely claiming he had never proposed such a policy in the first place.

Just over a year later, we watch as the government converts Walmarts and military bases into internment camps for children. Ominous signs indicate that officials intend to dramatically scale up these facilities. Last week representatives from the Department of Health and Human Services toured Fort Bliss, near El Paso, Texas to assess the feasibility of a “tent city” for children. The camp would house up to 5,000 beds. Meanwhile, the long-term fate of the children consigned to sleep in those beds remains unclear. Some will likely be deported with their parents. Others will be placed with family members in the United States, although the administration’s promise to prosecute undocumented relatives creates a powerful disincentive for them to come forward. Still others may wind up in foster care and government-run shelters permanently.

A policy idea that in spring of 2017 had to be hastily retracted today is rapidly expanding and threatens to become normalized. Its defenders include John Kelly in his current role as White House Chief of Staff, Homeland Security Secretary Kirstjen Nielsen, Press Secretary Sara Huckabee Sanders and Attorney General Sessions (the latter two quoting, extraordinarily, the Bible as justification). As usual, feckless Congressional Republicans have dithered, with some moderates expressing murmurs of dissent only as it becomes clear that wrenching nursing infants from their mothers will play poorly to suburban women voters. Many prominent conservatives, meanwhile, remain silent.

Family separation is as good a gauge as any to track just how far and fast immigration policy is mutating under this administration, and how effortlessly the Republican Party, and the country, can adapt to new horrors. And it begs the question: just how far will it all go? A year from now, where will we be?

Nara Milanich is a Professor of History at Barnard College, Columbia University and author of Children of Fate: Childhood, Class, and the State in Chile, 1850-1930 and the forthcoming Looking for the Father: The Elusive Quest for Paternity. She is a volunteer with the CARA Pro Bono Project at the South Texas Family Residential Center.