The Problem with Border Security

Border security—supported by Republicans and Democrats alike—is responsible for the death of Jakelin Caal, the exoneration of the Border Patrol agent who murdered a Mexican teen, and the separation and death of thousands of immigrant families. 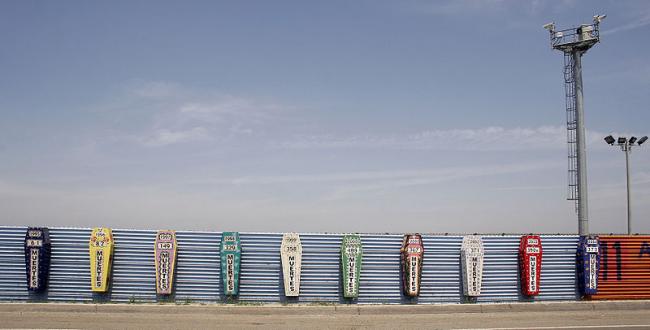 On December 11, President Donald Trump hosted an Oval Office sit-down with incoming House Speaker Nancy Pelosi (D-CA) and Senate Minority Leader Charles “Chuck” Schumer (D-NY). Among the many noteworthy lines and exchanges which stick out is when Trump stated, “We need border security. And I think we all agree that we need border security.”

“Yes. We do. We do,” Schumer immediately responded.

“See? We all get along,” pronounced the president.

While Trump’s declaration that “we all get along” might come across as just another over-the-top statement from the current occupant of the White House, it speaks to an important truth that is indispensable for understanding the current federal government shutdown: Democrats and Republicans agree on the fundamentals regarding the policing of the U.S.-Mexico border. Their disagreement over Trump’s border wall proposal is thus not first and foremost one of conflicting principles. Instead, it is one born largely of what Freud referred to as the “narcissism of small differences”—relatively minute distinctions that, due to the need to maintain group identities (in this case of the Republican and Democratic parties), lead to hostilities.

One group agitates for overt, brutal means—a “big, beautiful wall” in Trump’s words, and highly visible expressions of force along the international divide. The other side calls for “smart” border policing policies and infrastructure, contending that such policies are more effective in stymieing unwanted border crossings than Trumpian wall-building. However, despite such objections, the Democrats have supported the construction of large barriers along the international divide on many occasions.

Indeed, just as telling as Schumer’s “we do” was Pelosi’s “we agree with that” in response to Trump’s insistence that “this country needs border security.” In other words, though CNBC characterizedthe meeting as a “heated Oval Office fight,” the ultimate goal was not in question. It was a debate about means, not ends. And this has long been the case.

Yet mainstream commentators focused on the dramatic disagreement while failing to note and explore how much the two sides have in common. It is this common ground, the shared embrace of “border security,” that requires our scrutiny. For those of us concerned with human rights for all and who refuse to accept discrimination on the basis of birthplace or ancestry—the foundations for exclusionary national citizenship—it also requires our rejection.

It is border security—in the form of the high walls and fences that scar much of the U.S.-Mexico borderlands— that regularly impales, maims and injures countless individuals trying to scale the formidable barriers.

Border security was a decisive factor in the death of seven-year-old Jakelin Caal Maquín. She and her father were compelled to emigrate and to undertake an arduous journey due in large part to decades of U.S. support for Guatemala’s military and the country’s ruling elite that dispossessed and impoverished her family. Just a few days before Trump’s meeting with Pelosi and Schumer, she died in an El Paso, Texas hospital, after being rushed from a Border Patrol detention facility due to seizures and severely elevated body temperature. A second Guatemalan child, an eight-year-old boy, died in CBP custody on Dec. 24.

Border security is what requires people illegalized by the U.S. regime of territorial exclusion to take great risks to circumvent the policing apparatus. Many thousands have lost their lives in the process over the last two decades. Some have even drowned in the middle of the desert while trying to swim across the fast-moving waters of the All-American Canal in California’s Imperial Valley. The waterway feeds a huge industrial agricultural complex, one in which the vast majority of workers are from Mexico, many of them undocumented.

It was border security—as embodied by a still unidentified U.S. Border Patrol agent—that led to the shooting in the head and murder of Claudia Patricia Gómez González, minutes after the 20-year-old from Guatemala has crossed the U.S.-Mexico boundaryand arrived in Rio Bravo, Texas in May.

And it was border security, in the form of U.S. Border Patrol Agent Lonnie Swartz who shot 16-year-old José Antonio Elena Rodríguez ten times, all but once in the back, that killed the unarmed teen on the streets of his hometown in Mexico in November 2012. Swartz, responding to reports of attempted drug smuggling, fired through the narrow slats of the steel border barrier from Nogales, Arizona to a street below in Nogales, Sonora., He did so, he said, because the teen was throwing rocks at him, putting him under great threat, a claim that James Tomshek, former head of the Office of Internal Affairs of U.S. Customs and Border Protection (CBP) who visited the site of the slaying, found to be lacking credibility. “There was no potential for José Antonio to have thrown a projectile from where he stood when he was shot that could cause injury on the U.S. side of the border,” Tomshek asserted, “not even if he were a major-league baseball pitcher.”

The worldview that is border security also illuminates why, in April 2018, jurors found Swartz not guilty of second-degree murder, and split on a lesser charge of involuntary manslaughter. One juror justified her decision by explaining that José Antonio “was breaking the law. He was smuggling drugs and he was throwing rocks at U.S. Border Patrol agents.” (In November, a second trial took place with jurors delivering a not-guilty verdict on the charge of involuntary manslaughter. Soon thereafter, federal prosecutors decided that the government would not seek a re-trial of Swartz.)

Such outcomes are the norm, not the exception. As demonstrated by the lack of criminal convictions for numerous Border Patrol killings over the years, agents are effectively given license to act as judge, jury, and executioner, particularly when firing their weapons into Mexico. Border security is what makes the killings possible. It is also what allows those charged with overseeing the agents who carry them out, whether officials, citizen jurors, or the public at-large, to absolve those most directly responsible for their wrongdoing, to see the agents who allegedly protect “us”—and, by extension, to see themselves—as innocent.

In The Line Becomes a River, an invaluable book by Francisco Cantú, an ex-Border Patrol agent, he quotes his mother as they reflect on how his former job, centered on the bipartisan logic of border security, has affected him: “What I’m saying is that we learn violence by watching others, by seeing it enshrined in institutions. Then, without even choosing it, it becomes normal to us, it even becomes part of who we are.”

While Lonnie Swartz fired the bullets that killed José Antonio Elena Rodríguez, the Border Patrol agent is “part of who we are” here in the United States. So, too, are the larger logics and practices associated with border security, a euphemism for an inherently violent regime of exclusion that causes injury and premature death in myriad ways—from the detention of non-citizens and the breaking up of families and communities through deportation to the systematic denial of the right to access territory and resources needed for basic necessities. This denial is especially obscene in a world of empire and other forms of violence that cross national boundaries and make life unviable for many in their home countries, pushing them to seek refuge elsewhere, often in countries like the United States, which has contributed mightily to the production of that unviability.

“You can’t exist within a system for that long without being implicated, without absorbing its poison,” Francisco Cantú’s mother tells her son.

Framing the very concept of border security as the problem—and rejecting it as part of a larger struggle that embraces and strives to realize an expansive security concerned with the wellbeing of all the earth’s inhabitants—is a first step in expelling that poison.