In the name of “sparking a reaction” from an indifferent public, images of migrant deaths decontextualize their reasons for fleeing and gloss over the impact of decades of prevention through deterrence policy. 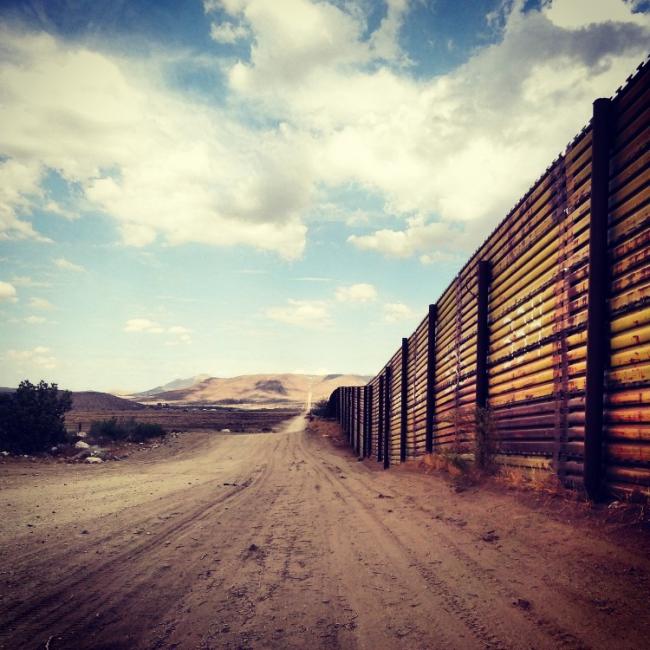 On Monday, June 24, La Jornada and Associated Press published a graphic image of the drowned bodies of 26-year old Salvadoran Óscar Alberto Martínez Ramírez and his 23-month old daughter, Valeria. These images quickly went viral, evoking mixed responses from the public. The next day, the New York Times published the photo on its front cover. It defended the use of the image as a way to “[bear] witness what is currently happening at the border,” referring to the metering policies that are pushing asylum seekers back to Mexico to wait for months to even begin their asylum-seeking processes, where they are exposed to ever more danger.

However, this “see it to believe it” argument assumes that trauma experienced by migrants and the consequences of murderous immigration policies are only considered real and valid once their images are so shocking they go viral.Without any context, images like these limit the discourse to the objectification of death, instead of facilitating a more nuanced discussionon the role of U.S. intervention in Central America that forces many to flee in the first place. They also ignore the history of impunity within U.S. and Mexican immigration enforcement that make practices like metering a possibility.

The portrayal of Óscar and Valeria as nothing more but human casualties robbed the family from their agency and their humanity. This is not the first time migrants’ bodies have been exploited to ‘visualize’ the horrors of their perilous journey to the United States. But in order to ensure that media coverage of Central American migrants does not contribute to their perpetual erasure and dehumanization, it is important to move beyond sensationalist representations of the U.S.-generated humanitarian crisis at the border.

Metering: The Foregone Conclusion to a Policy of Death

Óscar and Valeria’s deaths are the immediate result of metering policies, which involves ‘pushing’ asylum seekers away from land ports of entry into Mexico, where they must add themselves to a waitlist before the can actually turn themselves in to U.S. Customs and Border Protection (CBP). Metering one of the latest steps in the weaponization the border against migrants, which has intensified since the establishment of “Prevention through Deterrence” policy, in practice since the early days of the Clinton Administration. Beginning with Operation Gatekeeper (1994) in San Diego, prevention through deterrence increased technology and the number of Border Patrol agents at the border, pushed migrants through unsafe and lethal routes, and turned the desert into a hostile and deadly terrain. This practice was later expanded to Nogales, Arizona through Operation Safeguard. These practices have done little to deter unauthorized migration. Instead, they have increased the number of human casualties. As of 2016, some 2,980 had perished in the Arizona desert alone.

Metering is also the long-term outcome of ongoing efforts to delegitimize the process of seeking asylum itself. Under the Reagan Administration, approximately 97 percent of asylum applications from El Salvador and Guatemala were denied because applicants were seen as “economic” migrants, even though they were fleeing violence that U.S. intervention and CIA-backed coups that destabilized Central America had caused. This historical context has contributed to the criminalization of Central American migrants across party lines.

The crackdown on Central American refugees has exacerbated under the Trump Administration, particularly as it has narrowed the categories eligible to seek asylum by excluding victims of domestic and gang-related violence, enacting the draconian family separation policy, and  pouring funding into immigration enforcement agencies. Already-long backlogs have increased—there are 908,552 pending asylum cases. These policies continue to generate a humanitarian crisis aimed at making the process of seeking asylum not only impossible, but lethal.

Metering practices informally began in 2016 when the U.S. government, in collaboration with Mexico, created an appointment system to process a large group of Haitian refugees that arrived to Tijuana, effectively blocking access to seek asylum. In 2017, the practice evolved into an official deterrence policy, an illegal process involving CBP’s physical obstruction, dissuasion, and harassment of asylum seekers, specifically those from Central America, from entering the country through ports of entry.

Under this policy, asylum seekers often wait for months before their number is called to begin their application processes, exposing them to severe human rights violations and police brutality from Mexican authorities and organized crime. Currently there are approximately 19,000 asylum seekers on waitlists across Mexican border cities. It comes as no surprise, that metering and the persecution they face in Mexico forces asylum seekers to put their lives on the line.

The situation has become more dangerous under the “Remain in Mexico” program, in which asylum seekers are returned back to Mexico after their credible fear interview to wait for their court hearing. As of June 24, a total of 15,000 asylum seekers have been returned to Mexican border cities to wait for months, where are exposed to kidnapping, sexual assault, and violence.

The Mexican government has collaborated in this effort to criminalize Central American refugees by increasing its military presence at both its northern and southern borders in various capacities since the early 2000s, with funding ratcheting up on the Mexico-Guatemala border in 2015. In late June, the government of Andrés Manuel López Obrador took an unprecedented step by deploying as many as 15,000 troops to stop Central Americans from reaching the U.S.

The Danger of Media Sensationalism

The images of migrant deaths portray a reductionist view of highly complex issues in the name of “sparking a reaction.” We saw this in 2017 when the photo of a dead three-year-old Syrian boy, Aylan Kurdi, became the face of the refugee crisis in the Mediterranean. In 2018, the image of Maria Meza and her two daughters running away from teargas thrown by U.S. Border Patrol agents on the U.S. side of the border into Tijuana became the icon of the human rights crisis at the Mexico-U.S. border.

Instead of being remembered for their courage and perseverance in seeking safety and refuge, these images normalize the commodification of migrants’ suffering to elicit ‘sympathy’ from an indifferent, generally white audience. The problem with ‘sympathy’ rather than empathy or solidarity is that it evokes primarily short-term responses, such as the wide dissemination of shocking images, rather than long-term solutions that address the roots of the crisis. In fact, studies have shown, while the image of Kurdi shocked individuals in the short term, it did not spark any long-term mobilization.

There is a racial dimension to this issue, particularly when journalists assume that dead brown bodies need to be exposed to illicit a sympathetic reaction from the public. Violence from immigration enforcement is something that those of us with direct experience with punitive immigration policies know far too well. Yet, our words are rarely, if ever, taken as true accounts. They are not considered ‘legitimate’ until we demonstrate through statistics or degrading images that can’t possibly encapsulate the compounded violence that our communities have endured. Thus, our histories become reduced to single dehumanizing photographs.

The same sensationalization of death is rarely, if ever, replicated in situations involving white U.S. citizens or victims of school shootings. There is a double standard in which privacy and respect is not granted to casualties resulting from brown bodies, and often serve to demonstrate that violence against us is the expectation, not the exception. If the public needs to see ‘evidence’ that migrants are dying due to binational efforts to undermine the process of seeking asylum, then how many more images of violence and abuse need to be exposed until migrants are deemed fully human?

It’s hard not to feel demoralized and numb from the pain of reading almost daily accounts of migrant communities suffering in human cages, enduring abuse, and dying while incarcerated in U.S. custody. However, sharing dehumanizing images of migrants contributes to their continued vilification, normalizing their suffering to be exploited for wide distribution. For publics not already convinced of the inhumanity of these policies, these photos will do little to change hearts and minds. We need to challenge the notion that only through dehumanization of migrants can we convince an indifferent, desensitized public to care.

While some share these images with good intentions, it is important to acknowledge the racial and class privilege that makes some believe that we can reduce suffering to a mere photograph or statistic, while downplaying the trauma many immigrants are forced to revisitwhen these images are circulated. True transformative justice will occur when individuals commit themselves to honoring the lives of Central American migrants in humane ways, such as by holding vigils or using their platforms to amplify migrants’ voices, and to stand next to migrants in solidarity, as equals, in their struggle for a better life.

Estefania Castañeda Pérez, is a Ph.D. Student at the UCLA Department of Political Science where she researches CBP’s border enforcement practices at land ports of entry and their impact on the transborder population and asylum seekers.