The Biden and López Obrador administrations should take the lead from solidarity organizations in the U.S. and Mexico and decriminalize immigration. 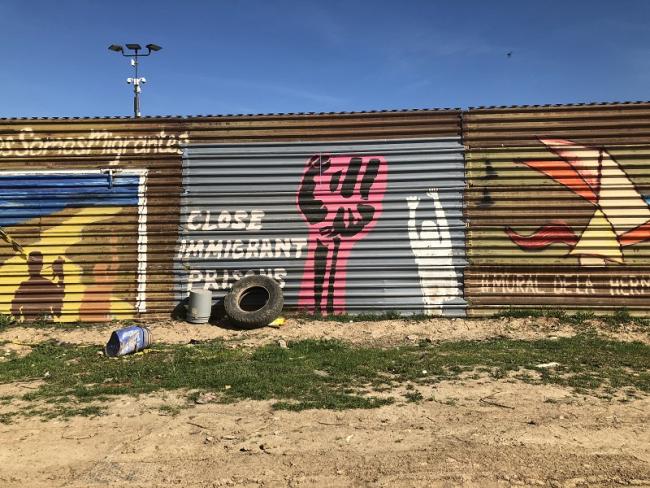 On March 1, 2020 President Joe Biden and Mexican President Andres Manuel López Obrador held a virtual summit to discuss pressing issues key to the U.S.-Mexico bilateral relationship, among them migration. The leaders agreed to cooperate and develop collaborative mechanisms to stem and manage the flow of irregular migration, particularly from Central America, by addressing the root causes of migration.

While Biden’s politics on migration are not overtly anti-immigrant compared to those of his predecessor, the new president and his Mexican counterpart have a long way towards reshaping and transforming the politics of migration in the U.S.-Mexico corridor. For the last 20 years, Mexico has served as the U.S.’s extra-territorial border. Both countries have continuously implemented bilateral frameworks grounded on deterrence, criminalization, and removal, mechanisms that frame migration as security concern rather than a necessity and as a means of survival. If both countries want to address regional migration, they should listen closely to the demands of organizations that work to decriminalize mobility through practices of solidarity.

Over two decades, the United States and Mexico have strengthened their bilateral relationship through collaborative partnerships managing human mobility. This partnership became most visible during Trump’s presidency.

Mexico initially implemented a border policy agenda in the 1990s. But enforcement was heightened beginning in 2001 when the Mexican government implemented Plan Sur (Southern Program) with support from the U.S. government. The objective of Plan Sur was to halt unauthorized migration by establishing migration checkpoints throughout Mexico’s southern border. Mexico also used it as a bargaining chip for negotiating better treatment of Mexican nationals in the U.S.

But the 9/11 attacks forced the Mexican government to intensify the scope of Plan Sur. The U.S. pressured its allies and closest neighbors to adopt stricter immigration control policies. The Mexican state created deportation programs and deployed the national police and army to its southern border. This pushed migrants into more desolate and dangerous routes, an early infrastructure criminalizing their mobility and visibility across the country.

Plan Sur became a blueprint for managing the U.S.’s ongoing “crises.” The arrival of unaccompanied Central American minors at the U.S.-Mexico border in 2014 during the Obama administration again led the U.S. to ask Mexico to control the flows of Central Americans in transit. Former President Peña Nieto implemented Programa Frontera Sur (Southern Border Program). Since its implementation, the U.S. has supported this program through funds, technology, equipment, and training to deter migration from Central America.

Like Plan Sur, the purpose of this program is to curtail unauthorized migration flows from reaching the U.S. The program established roadblocks and mobile checkpoints throughout the interior of the country, expanded detention centers, and established mechanisms that facilitated collaboration between Mexico’s National Institute of Migration (INM) and local police in carrying out raids and arrests. In 2015, Mexican apprehensions of migrants from Central America increased, surpassing apprehensions by U.S. immigration authorities. The impacts of the program have been devastating, criminalizing all forms of mobility and increasing deportations of individuals seeking political asylum in Mexico.

The program has radically transformed how migrants move across the country. Immigration control has forced migrants to take more dangerous routes controlled by criminal organizations. According to research by New School Professor Alexandra Délano Alonso, this has pushed migrants to develop new strategies to avoid violent encounters, including traveling in families or larger groups.

In 2018, President-elect López Obrador announced that his administration was going to address migration through a human rights lens. In response to the arrival of Central American caravans in January 2019, López Obrador implemented a humanitarian visa program that provided certain migrants identification documents, work authorization for one year, and allowed temporary mobility across the country. This represented an alternative approach to the U.S. migration governance framework. However, the program was cancelled three weeks after its implementation.

In 2019, when Trump threatened to increase tariffs if Mexico did not stop migrants from reaching the U.S. border, the situation further deteriorated. With Programa Frontera Sur already in place, López Obrador deployed the National Guard to the southern border, increasing violence, deportations, and raids throughout border towns.

Practices of Solidarity and Demands for the New Administration

The deterrence policies implemented by the U.S. and Mexico in the last 20 years have transformed Mexico from a country of mass emigration to a country of legal limbo, permanent settlement, and return. These policies have stranded many migrants in Mexico, including those who seek to reunite with their families in the U.S. The lack of governmental support has pushed local organizations to adopt new practices and mobilize demands to hold both governments accountable.

These organizations have created physical safe spaces and accompany people to access basic rights. In 2018, I visited Espacio Migrante in Tijuana to learn how organizations there and in San Diego were addressing the needs of migrants in transborder spaces. Espacio Migrante is a community space that supports migrants from all over Latin America, the Caribbean, and Africa. Their services range from providing access to shelter, employment, and education and offering legal referrals. More than that, it is a space for community building. The physical space, which is feet away from the San-Ysidro port of entry, stands out for its vibrant colors.

Haitian members of Espacio Migrante shared with us that the Haitian Creole classes they taught at the space facilitated cultural exchange with the broader Mexican community in Tijuana. Another member explained how Espacio Migrante accompanied him in the process of enrolling at the Autonomous University of Baja California to study architecture. Organizations like Espacio Migrante are establishing alternative models of integration and solidarity through community building and cultural exchange. These practices are resisting and transforming false narratives about migrants reinforced by governments and the media.

Other organizations such as Al Otro Lado have resisted these deterrence policies through offering legal services across Tijuana, California, and Central America. Al Otro Lado is one of the few organizations that accompanies asylum seekers to the San Ysidro port of entry to claim asylum and has implemented family reunification programs to reunite parents who have been separated from their children under Zero Tolerance.

According to Damaris Venegas Montiel, a member of the accompaniment team at Otros Dreams en Accion (Other Dreams in Action, ODA), an organization in Mexico City that supports deportees and returnees, accompaniment is essential because it is a practice of solidarity. “Accompaniment is a way of letting the person know that you will be there physically and emotionally present with them throughout their process of demanding access to basic rights,” Damaris says.

Since Biden took office, Espacio Migrante, Al Otro Lado, asylum seekers, and the deported/returned community in Mexico have written a joint letter with demands and proposals to the new administration. Organizations demand the Biden administration to end family separation policies, reunite families that have been separated under the Trump-era zero tolerance and mass deportations carried out under the Obama administration, end expulsions under Title 42, and provide a pathway to citizenship for the approximately 11 million undocumented migrants living in the U.S.

On his first day in office, President Biden sent an immigration bill, titled “The U.S Citizenship Act of 2021,” to Congress as part of his commitment to “modernize” the immigration system. This bill is significant, as it addresses many of the demands that migrant communities on both sides of the U.S.-Mexico border have mobilizing behind for decades. The bill provides a pathway to citizenship for undocumented immigrants, aims to change the word “alien” to noncitizen in its immigration law, and seeks to reunite families that have been separated by deportation by eliminating the three- and 10-year bars that are imposed on individuals after they are deported. While these are radical changes, the latter will only benefit families that were deported under the Trump administration, overlooking the millions of families that were separated under the Obama administration.

Guadalupe Chavez is a DPhil student in the Department of Politics and International Relations at the University of Oxford. Her research interests include return migration, citizenship regimes, and the politics of migration in Latin America.