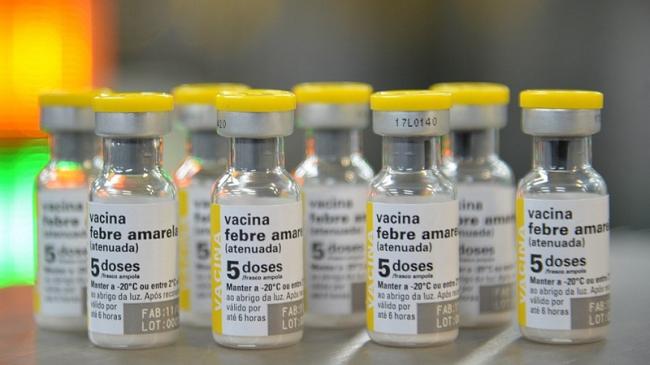 In May 1928, just when Brazilian public health officials thought they had yellow fever on the ropes, the virus made a stunning comeback. Perhaps it was complacency. Perhaps it was sheer bad luck. But by the autumn of 1929, the city of Rio de Janeiro—the epicenter of the outbreak—had 738 cases and 478 deaths. The irony was profound: Brazil, at the time, was thought to be at the vanguard of the sanitary sciences.

In 1887, Argentina, Brazil, and Uruguay had led the way toward Pan American cooperation in public health by adopting the Sanitary Convention of Rio de Janeiro. In 1908, after a forceful campaign led by the epidemiologist Oswaldo Cruz, Brazilian officials had declared yellow fever eradicated in Rio de Janeiro. And in 1923, the Brazilian federal government undertook what the Ford Foundation called “a definitive campaign to eliminate the disease from the seed beds along the northern coast” from the northernmost state of Pará all the way down to Bahia. But still the virus returned.

Today, the country that the Austrian émigré Stefan Zweig once called the “land of the future”—the country that, until recently, was at the forefront of global public health, with innovative approaches to HIV/AIDS and Zika containment—is again in a fix. Brazil has reported the second-highest number of coronavirus infections in the world, trailing only the United States.

Under President Jair Bolsonaro, the government has taken a lax attitude to the outbreak, refusing to implement a national lockdown, and leaving preventive measures to state governors. As of July 1, Brazil has recorded over 60,000 deaths from COVID-19, the disease caused by the coronavirus. A disproportionate number of the victims are either Afro-Brazilians or mixed-race Brazilians, many of whom live in dense informal settlements known as favelas.

But Brazil has faced health crises before. Officials confronted the yellow fever epidemic of 1928–29 with what the Office International d’Hygiène Publique (International Public Hygiene Office)—a forerunner to the World Health Organization—deemed both “great energy and admirable completeness.” Unfortunately, the gains of Brazil’s long history of sanitary and epidemiological leadership have fallen victim to a government that willfully rejects scientific expertise. Such negligence in the face of a virus that disproportionately impacts non-white Brazilians lays bare the racism of the Bolsonaro government and gives credence to Indigenous and Afro-Brazilians’ most recent calls to action.

Epidemics Past and Present

Like many other mosquito-borne diseases, yellow fever was around well before it was understood. The virus first appeared in northern Brazil at the end of the seventeenth century. It quickly migrated inland—into the dense forests that housed Brazil’s Indigenous communities—and down the Brazilian coast. For more than 200 years, societies afflicted by yellow fever reacted to the disease in ways that are familiar to anyone who has experienced today’s pandemic.

In 1940, J.H. Bauer, a top official at the International Health Division of the Rockefeller Foundation, noted that, in order to avoid an outbreak, previous generations “either fled to the country or shut themselves up in their homes.” Similar lockdowns and urban-to-rural exoduses are occurring across Latin America today. But that was not the only way people responded to the plague. “Friends avoided meeting in the streets, and hand-shaking fell into disuse. Unemployment was universal, and business came to a standstill. The death rate was so high that burying parties worked day and night disposing of the dead.”

This made Rio de Janeiro particularly vulnerable. In the late 1920s, Brazil’s “marvelous city” resembled the Chinese city of Wuhan, the original epicenter of the coronavirus outbreak. It, too, was an industrializing trade hub with a high proportion of immigrants.

The yellow fever outbreak of 1928–29 tended to affect some of the same demographics that the coronavirus has persecuted in the present day. In a 1929 report, Clementino Fraga, the Director General of Public Health in Brazil, stated that the spread of yellow fever was “much greater among men,” who composed 82 percent of the cases, than women, who made up a mere 18 percent. Although by no means so extreme, the novel coronavirus also tends to infect and kill men at higher rates. The elderly were also at a greater risk of contracting and dying from yellow fever.

Unlike the coronavirus, however, the yellow fever epidemic seemed to haunt the houses of Brazilian whites more so than those of their Afro-Brazilian or mixed-race counterparts. Foreigners were the most susceptible population of all. Even though only a fifth of Rio de Janeiro was foreign-born at the time, 78 percent of the cases involved foreigners.

Toward the end of his life, the Brazilian politician and public intellectual Ruy Barbosa lamented the endemicity of yellow fever in Brazil. He believed that because of the virus, the country had become “a slaughterhouse for the white race.” Yellow fever is “an evil,” he wrote, which Afro-Brazilians appeared to be immune to. This posed a problem for Barbosa and his associates, who sought to “whiten” the Brazilian population by drawing European settlers to farmsteads in the south of the country.

Ironically, disease had long been on the Europeans’ side when it came to colonizing the Americas. In the early years of European expansionism, an estimated 90 percent of the pre-Columbian Indigenous population died of influenza, smallpox, bubonic plague, and other contagions. Plagues remained a tool of conquest well into the twentieth century, as white Brazilian settlers willingly infected Indigenous communities that were in their way. But with yellow fever, Brazilian officials confronted a firm obstacle to central and southern European settlement.

The reasons behind the racial disparities in yellow fever infections and deaths were unclear at the time. Today, public health officials know that the Aedes aegypti mosquito prefers to lay eggs in clean water, which was more readily accessible in wealthier neighborhoods that had access to water sanitation facilities. What’s more, they understand that Afro-Brazilians—many of whom had been exposed to the disease as children and had developed immunity as a result—were far less likely to live among foreigners, who had not received such exposure. Scientists in the late nineteenth and early twentieth centuries, by contrast, relied largely on racist explanations—namely, the belief that Black bodies were more suited to the tropics and resilient to disease—to make sense of the mortality divide.

The contrasts with the present day could not be any starker. The COVID-19 outbreak in Rio de Janeiro is highly concentrated in poor communities, which are mainly populated by Afro-Brazilian and mixed-race people. The coronavirus has also scorched a path through several Indigenous communities in the Brazilian Amazon, where medical facilities are few and far between. And just as in the earliest years of conquest, white Brazilians have been spared the full brunt of this disease.

Brazilian public health officials were aided by a remarkable stroke of good luck when in late 1928, the British epidemiologist Edward Hindle and his Brazilian colleague Henrique Aragão developed a mildly effective yellow fever vaccine. With the state’s collaboration, Aragão administered this serum to 25,000 people in Rio de Janeiro alone. The municipal and state governments did not stop there. In an October 1929 report, the Permanent Committee of the Office International de l’Hygiène Publique noted that Rio de Janeiro pressed 7,000 “larva and mosquito hunters” into service and systematically destroyed Aedes aegypti’s breeding pools by adding sand, kerosene, and larva-eating fish.

Until recently, Brazil’s public health system had a reputation for innovation and thoroughness that would have made the epidemiologists of the late 1920s—those who confronted yellow fever—quite proud. The country still experiences yellow fever outbreaks, including a significant uptick in 2017-18, but officials learned the lessons of previous epidemics. The country has one of the largest universal healthcare systems in the world. What’s more, it has made timely and efficient medical services available to many of its poorest citizens through the Programa Saúde da Família. In 2007, The Economist noted that “No developing country has had more success in tackling AIDS than Brazil.” Citing the country’s response to malaria and Zika, Albert Ko, a professor at the Yale School of Public Health, recently explained to Reuters that the “one thing that has been a shining light in Brazil has been their public health system.”

But now, that light has dimmed. Hospitals in the country’s largest city, São Paulo, are now overwhelmed with COVID-19 patients. Because of the austerity policies that Bolsonaro and his predecessor, Michel Temer, have imposed, medical workers across the country are overworked and lack the personal protective equipment needed to keep them safe. And the mistrust between the president and the Brazilian healthcare system has grown so profound that Bolsonaro has even demanded that his supporters invade hospitals to check whether or not they are inflating body and infection counts. “To see [the system] disintegrate so quickly,” Ko laments, “it’s just been very sad.”

At the same time, Bolsonaro’s administration has shown a remarkable insensitivity to the claims that Indigenous and Afro-Brazilians have put forth. Bolsonaro’s administration refused to collect information about the racial impact of COVID-19 until late April. The president’s appointee to the head of the Fundação Cultural Palmares for the promotion of Afro-Brazilian culture has also called the country’s Black rights movement “bloody scum.” And at a meeting in which the former Education Minister Abraham Weintraub declared that he detests the notion of “Indigenous communities,” the Minister for the Environment Ricardo de Aquino Salles suggested that the government treat the pandemic as an opportunity to lift environmental protections while the public is distracted. As a result of Salles’ measures, the fires this year may well be more destructive than the ones that drew worldwide outrage last year.

In a sermon delivered in 1640, the Brazilian priest and philosopher Antônio Vieira declared: “I do not know which has caused more damage to Brazil: illness or ignorance.” The words ring tragically true even today.

Sergio Infante is an Assistant Editor at Foreign Affairs.