The announcement to adopt bitcoin as legal tender in El Salvador is the latest instance in a history of profiteering economic policy. 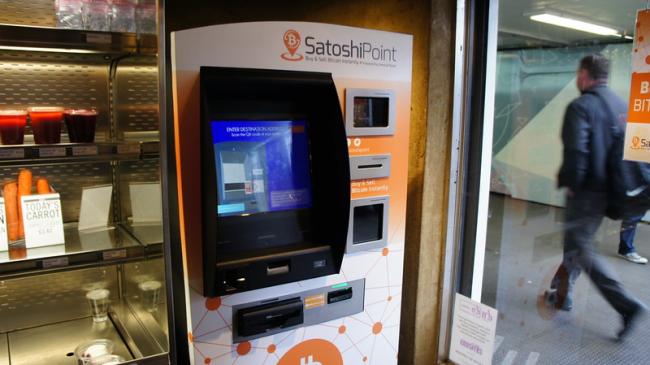 In a prerecorded speech, president Nayib Bukele resembled a bleary-eyed dreamer when he declared that El Salvador would adopt the bitcoin cryptocurrency as the nation's legal tender. He waxed poetic, in the June 5 speech, about the need to preserve "beautiful ideas," like the notion "that we create our own future. That we, as humanity can do almost anything we imagine." Readers may ask themselves who is the "we," identified in Buekele's speech, that might be entrusted with human destiny?

The fact that Bukele gave his speech in English to audiences at Bitcoin 2021 Miami suggests that the Salvadoran people ought not take the reins of the future, even if they are to be destiny's guinea pigs. Instead, Bukele deemed the Salvadoran populace unworthy of consultation in his macro-economic schemes. Although the president and his New Ideas Party hope to sweep away the Cold War's atrophied ideologies with measures like the bitcoin law, they have yet to supersede its corrupt patterns.

Almost immediately, observers raised doubts about bitcoin's viability. Economist Steve Hanke, for example, fretted that the United States' former Cold War enemies—namely China and Russia—might exploit the situation and unload their bitcoin holdings on unwary Salvadorans. Given Hanke's previous membership in President Ronald Reagan's council of economic advisors, it's not difficult to detect a barely-concealed security agenda in his assertions that Bukele's decision was "stupid" and that it might collapse El Salvador's economy. A point further underscored by the International Monetary Fund's concern that the bitcoin law may imperil a proposed $1 billion program with El Salvador in the pandemic's aftermath.

In 2008, the pseudonymous, "Satoshi Nakamoto" first introduced bitcoin as a digital currency in a now near-legendary white paper. Specifically, Nakamoto proposed that bitcoin would involve direct peer-to-peer transactions could occur without the intermediation of a trusted third-party—a bank or app such as Venmo or Paypal. Although promoters proclaim that bitcoin will supplant all sovereign currency, it is bereft of money's basic utility.

Political economists have long held that money's usefulness is defined by three functions: as a medium for circulating commodities in the market, as a measure of value between different assets, and as a store of value. Understood within these constraints, bitcoin's unreliable value in relation to other assets and currencies indicates that it cannot serve two of money's principal functions—namely, as a store and measure of value. Consider that, at the time of writing, one bitcoin is equivalent to approximately $37,000, a nearly 50 percent drop in price from peaks in April 2021, where a bitcoin traded for around $64,000. For a poor Salvadoran with a bank account (only about 6 percent of the bottom 40 percent) this means any bitcoin savings they might have would lose half its value in just over a month. Indeed, it takes little more than a tweet from Tesla-founder Elon Musk to dramatically alter bitcoin's value.

Under these conditions, earlier plans to install bitcoin ATMs have been set aside in the global North, as bitcoins have increasingly become the province of high-risk financial traders. "A bet on bitcoin is," in the words of former president of the Salvadoran Central Reserve Carlos Acevedo, "like playing roulette in Las Vegas."

Enter El Salvador's president and his "New Ideas" Party to resolve bitcoin's utility problem and, in the process, kick-start El Salvador's flagging economy. With nearly a third of workers experiencing underemployment and a proportionally larger informal market sector than that of Brazil, Mexico, or Colombia, there is little wonder why Bukele's drastic strategy might seem attractive. Should he succeed, it would represent bitcoin's triumphant achievement of all money's requisite functions and proof to the world that cryptocurrencies are the future of money.

Swept up in Bukele's ambition, a supermajority of El Salvador's Legislative Assembly passed the bitcoin law in a five-hour session with little debate just two days after his speech. The resulting three-page legislative document indicates bitcoin usage is obligatory save for those who lack the appropriate technology—i.e. a smartphone. Still, echoing the prevailing discourse that institutions should aim to bank the unbanked, Bukele insists in a tweet that "[bitcoin] will bring financial inclusion, investment, tourism, innovation and economic development for our country." But because Salvadorans received little notice of this drastic change to their national currency, there is good reason to doubt Bukele's vision of a capitalism that is, on the one hand, inclusive of the poor, and, on the other, rapidly developing.

Dramatic shifts in currency policy are not unprecedented in Salvadoran history, even in recent memory. The New Ideas Party's haste to adopt bitcoin outdid the eight-day legislative approval period after President Francisco Flores' declaration that El Salvador's economy would dollarize in 2001. Rather than consult with the broader public, Flores preferred the counsel of U.S.-educated economist Manuel Hinds. He advised that because local currencies are rarely international currencies, El Salvador's colon was somehow holding back the nation from globalization's beneficence.

While nations like Ecuador employed dollarization to stabilize economies after hyperinflation, El Salvador enjoyed a modest inflation rate prior to dollarization. Even so, government justifications for dollarization included fighting inflation, expanding foreign investment, and decreasing costs on international transactions. Bitcoin-boosters likewise stress its immunity from inflation, given the cap on the number of circulating bitcoins.

Dollarization primarily served the interests of the new financial and industrial oligarchy. Marcia Towers and Silvia Borzutzky cite a University of Central America study that found, "It is in the financial sector’s interest to dollarize, so that if any opposing political party gains power or if the financial sector otherwise loses its political influence, financial policy can barely be altered." Two decades after dollarization, Tico Times reports that banks and imports remain the "most favored" sectors of the economy despite promises of a national economic upturn. As a matter of fact, Salvadoran elites who pushed through dollarization cared little about the consequences for the poor. They viewed their own narrow economic interest as the national interest. Twenty years into dollarization, the promised growth through foreign investment has yet to arrive, leaving the Salvadoran economy vulnerable and without monetary tools to manage economic shocks.

Ironically, as banks hoarded colones, poor Salvadorans experienced inflated prices on everyday consumables. After dollarization, vendors rounded up prices to manage the unevenness of the 8.75 colones to one dollar exchange rate. When compared to the EU, which spent three years educating Europeans how to use Euros, Towers and Borzutzky claim that the Salvadoran government did little to educate the public about conversion rates. As their interviews reveal, many Salvadorans depended on conversion tables published in newspapers and calculators, leaving out the 21 percent of Salvadorans who are illiterate. According to another former president of the Central Bank, Óscar Cabrera, dollarization in practice meant that many Salvadorans, “lost half of [their]purchasing power overnight." With bitcoin, as with the dollar, the political class' actions communicate the insignificance of input from working and impoverished Salvadorans.

Bukele offered $30 of bitcoin to Salvadorans to incentivize making the switch. But it takes a particular kind of cruelty to dangle bitcoin stimulus before a population ravaged by a pandemic-induced economic crisis. Not to mention the prevalence of the economies of extortion and violence instituted by pandilleros, alongside the extrajudicial killings of the nation's "mano dura" policy as countermeasure to gangs. These phenomena only deepen inequality, a problem bitcoin is ill-equipped to address.

Selling the Masses on a Hollow Promise

Hope House, a Christian missionary non-profit, previously implemented a cryptocurrency scheme in El Zonte, Chiltiupan department of El Salvador. Entitled "Bitcoin Beach," these missionaries offered aid, first to local youths and later to upwards of 500 pandemic-affected families, which was conditional on aid-recipients accepting payments in bitcoin. As bitcoin evangelist Mike Peterson explains in a podcast about the Bitcoin Beach project, "I think that it’s important for people to realize, they don’t have to understand everything about bitcoin, they don’t have to sell them on all the aspects of it, what you really need to do is get them using it, once they start using it, they have that 'aha' moment."

Here Peterson indicates the debate over bitcoin will be settled not by discussing its possible merits, but when people experience its uses. To be sure, the currency's existential volatility would be a hard sell. Peterson's comment mirrors Bukele's failure to inform Salvadorans about bitcoin, suggesting they cannot grasp the value of what's right in front of them.

Misgivings about others' motives are built into bitcoin's technology. "It is a techno-utopia," Nigel Dodd claims, "that rests, quite literally, on a technology of mistrust." Blockchain, the database type upon which bitcoin relies, depends on the distributed storage of a ledger on which all transactions are recorded pseudonymously. No single machine controls the ledger but instead so-called "bitcoin miners" validate each transaction and add it to the public ledger. Similarly, one's bitcoins are not held in an institution or machine, but in virtual wallets and thumb-drives. Unsurprisingly, ransomware hackers prefer the anonymity of bitcoin transactions to receive payments from captive governments and companies.

As David Golumbia persuasively argues, bitcoin users' resolve to decentralize money comes from a decades-old rightwing conspiracy theory about the U.S. Federal Reserve and its power to print money. He traces the origins of this conspiracy to the anti-communist John Birch Society, that saw the Fed as frittering away the real value of money to the benefit of a shadowy wealthy cabal (read: wealthy Jews, as in the Rothchilds). Such conspiracy theories run rampant today amongst the radical rightwing, as in Alex Jones of Infowars, but also in the cyber-libertarian circles that ostensibly birthed bitcoin. This unexpected solidarity between rightists and the internet's ostensible "freedom fighters," comes as no surprise to Golumbia, who points to their prevailing free-market fundamentalism. In other words, despite bitcoiners' zealotry about democratizing finance, for them the greatest freedom imaginable is the right to accumulate in an unregulated environment.

As technophile elites rush to plunge El Salvador into the future, the hollowness of bitcoin's promise for proletarian Salvadorans becomes increasingly clear. Bukele and company's accelerated push for new currency evinces an ambition to leverage the populace so that the elite can access the advantages of the stateless-bourgeoisie.

Bitcoin's wealth may already be concentrated amongst this faction as two percent of bitcoiners own more than 60 percent of its wealth. These so-called "whale" owners need marginal buyers to maintain or increase the value of their holdings. As with dollarization, the poor have the most to lose. Even minor shocks to bitcoin may ruin the smallest measure of upward mobility.

With their president entranced by the promise of bitcoin, Salvadorans would be reduced, not to dupes, but hostages of, what Jorge Cuéllar describes as Bukele's "enlightened despotism." For his next campaign, Bukele might consider the slogan "from el pueblo to global plutocracy."

Eric Vázquez is an assistant professor in American studies and Latinx studies at University of Iowa. His research examines revolutionary disappointment in the 1980s and 90s.