Campaigning for a More Dignified Colombia

In Colombia, women candidates for the presidency are using their campaigns to advocate against violence.

Five years into Colombia’s peace agreement, the country is preparing to elect a new president. Two of the eleven confirmed candidates for the preliminary elections on March 13 are women: Francia Márquez Mina, an acclaimed Afro-Colombian activist and lawyer, and Ingrid Betancourt, a seasoned politician best known for the six years she spent in captivity after being kidnapped by rebels during her first presidential campaign in 2002.

While they may come from opposite ends of the socioeconomic spectrum, Márquez and Betancourt have both directly experienced the widespread violence against women leaders and aim to tackle the corruption and social injustice that fuels it.

Colombia has yet to elect a woman as president. Since its independence in 1819, the country has been governed by a succession of white and mestizo men with aristocratic backgrounds and conservative political views. The current vice president, Maria Lucía Ramírez, is the first woman to occupy her office. Women occupy just 20 percent of seats in the Senate—a rate which falls short of both the Latin American average and the target set by the Colombian government itself by a full ten percentage points. 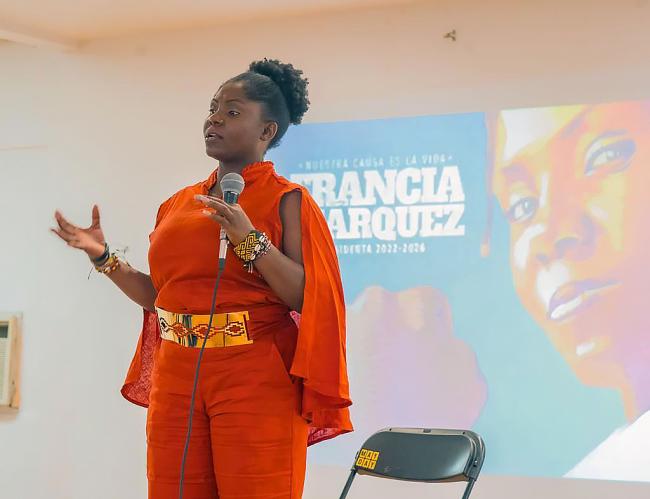 Márquez, 40, has already made history, and is the second Afro-Colombian woman to formally run for president. For the lifelong activist and community leader, her campaign is above all an opportunity to amplify the voices of rural communities and ethnic minorities that have been disregarded by the government. “The majority in this country are people who have lived under the oppression of this racist, patriarchal, classist state,” she told press in Bogotá  while touring to gain public support for her movement, Soy Porque Somos (I Am Because We Are).

Márquez grew up in the rural town of La Toma, in the southwestern department of Cauca. When she was still a teenager, the town was threatened by a government proposal to dam the nearby Ovejas River, which would have diverted the community’s primary water source and caused huge environmental damage. She was part of the youth movement that successfully campaigned to stop the project.

Márquez has since gained international recognition as an activist for environmental and social justice. In 2018, she was awarded the prestigious Goldman Environmental Prize for her successful campaign to halt illegal gold mining operations near La Toma four years prior.

Speaking out has made her a target for paramilitary groups who claim she is obstructing development. A series of threats targeting her family forced her to relocate to the city of Cali. At a 2019 conference with Indigenous leaders in Cauca, men attacked the group with firearms and grenades. Márquez escaped unharmed.

By taking her activism to Colombia’ biggest political stage, Márquez is well aware that she is putting herself at even greater risk. “Political participation for women like me is not easy, especially when we are willing to disrupt the status quo,” she said. “It is dangerous. I thought about it before making this decision to run, but defying fear is part of accessing justice and it is what I have been doing all my life.” 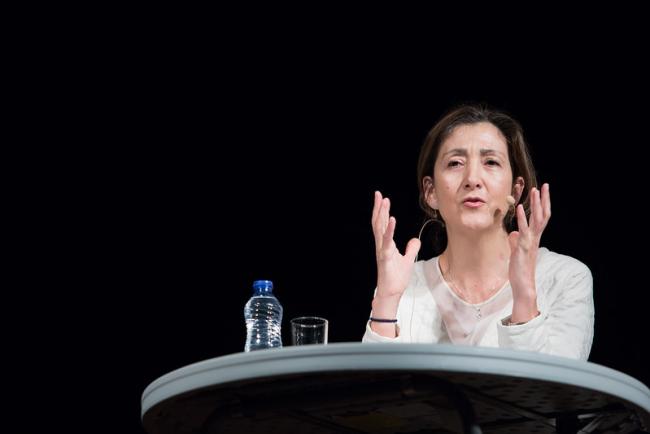 Ingrid Betancourt, 60, expressed a similar sentiment of defiance regarding her decision to return to Colombia for a second attempt at the presidency. “Today I am here to finish off what I started with you in 2002,” she said during her campaign announcement in January. “I am here to claim the rights of 51 million Colombians who are not finding justice, because we live in a system designed to reward criminals.”

Twenty years ago, Betancourt became the most well-known victim of Colombia’s 52-year civil conflict, when she was abducted at a FARC roadblock while visiting a disputed area in the department of Caqueta. For the next six years, she was held in captivity and moved between various guerrilla camps. Conditions were harsh and often humiliating. Betancourt later recalled being chained up at night, and being forced to walk for miles in the jungle to avoid detection by outsiders. In July 2008, she and 14 other hostages were rescued in a covert military operation.

Márquez and Betancourt’s experiences are not isolated incidents. In 2019 alone, Colombia’s Ministry of Interior received 300 complaints of political violence against women. All of them were anonymous, presumably to avoid retaliation. Women leaders who advocate for environmental issues and the implementation of the peace agreement—including substituting or legalizing coca crops—face an increased risk of being targeted, especially in areas where patriarchal hierarchies are the norm.

Márquez first announced her intention to campaign in August 2020, just a few days before the deadline for candidates to solicit citizen support. With so little time, Márquez knew that she would not be able to collect the 580,620 signatures required to run as an independent candidate. As a result, her movement, Soy Porque Somos, joined the leftist coalition Pacto Histórico (Historic Pact) along with Gustavo Petro, the current frontrunner in popular opinion polls.

Márquez’s platform and active participation in the May 2021 protests that took place across the country has resonated with progressive youth. “Parents have come up to tell me that they didn’t know me, but their nine-year-old daughter told them they have to vote for me,” she said early on in her campaign.

Betancourt first announced her intention to run for president on January 18, several months after the rest of the pre-candidates. During the first month of her campaign, Betancourt became somewhat of a controversial figure. She is now running independently as a moderate candidate, after cutting ties with the centrist coalition Centro Esperanza (Hope Center) when they publicly refused her request to expel two members with links to former president Álvaro Uribe.

She has spent most of the 13 years since her rescue living in France, where she holds dual nationality. Her lack of familiarity with current Colombian policies—the retirement age, for instance—has drawn attention during recent interviews. Several political analysts have pointed out that her international recognition may not be enough to win the popular vote, given her opponents’ active involvement in national politics during recent years.

However, the foundation of Betancourt’s campaign lies not in concrete policy recommendations, but in appealing to those affected by ongoing conflict and corruption in the wake of the peace agreement. “My story is the story of all Colombians,” she declared. “While my colleagues and I were chained by the neck, Colombian families were chained by corruption, violence and injustice.”

Nine million people—nearly 20 percent of the Colombian population—have registered themselves with the government as victims of the conflict. Despite her harrowing ordeal at the hands of the now-disbanded FARC, Betancourt supports the peace agreement and has presented herself as an advocate for reconciliation.

Both candidates have acknowledged the importance of making political participation more accessible for women, as well as the need to protect women leaders in conflict-prone areas. “The consolidation of the peace process in Colombia is also a gender process, since the war is waged mostly by men, but they pay the price of women,” said Betancourt. Márquez has criticized several polls and media outlets for failing to provide women and Indigenous pre-candidates with the same level of visibility that men receive.

With their lived experience of political gender-based violence, Márquez and Betancourt can provide much-needed representation for women at the highest levels of decision-making. They will not be alone in attempting to do so; 11 women belonging to the grassroots feminist movement Estamos Listas (We Are Ready) are running for seats in the Senate. This marks the first time a Latin American feminist group without allegiances to any political party or coalition has presented candidates for parliament.

The movement’s agenda goes beyond simply advancing the visibility of women in Congress; they are also firmly committed to fulfilling the terms of the peace agreement through redistributing wealth and power. “We believe that women cannot be emancipated alone but with their communities,” said Marta Restrepo, a founding member of the movement.

Estamos Listas have also pledged to support Francia Márquez, whose campaign promises to be particularly significant. If she claims Historic Pact’s runner-up spot during the March preliminaries, as the polls suggest is likely, she would become the party’s nominee for vice president. The title, however, is not what she ultimately aspires to.

"Reaching the presidency is not the end,” said Márquez. “The end is to dignify this country, to make our humanity, the humanity of the majority, matter."

Sita Bates is a freelance journalist whose work focuses on environmental policy and social justice issues. She holds a degree in ecology and environmental biology from Imperial College London.

Correction: an earlier version of this article listed Francia Márquez as the first Afro-Colombian woman to run for president. Corrected April 6, 2022.