The Old is Dying and the New Cannot Be Born

A longtime analyst of Chilean social movements reflects on the country’s multiple lefts and power relations within the ongoing “process of change.” 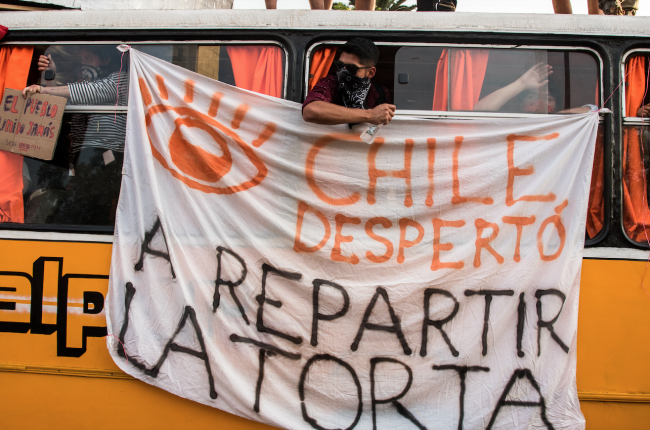 On August 17, 2022, just weeks before Chile’s September 4 plebiscite on the draft constitution, I sat down with scholar and activist Mario Garcés Durán to discuss the constitutional assembly process. Garcés Durán is a historian at the University of Santiago and the director of Educación y Comunicaciones (ECO), a nonprofit organization centered on social movements and popular education. His work has long focused on issues of historical memory, popular education, and analysis of social movements.

Although Chilean voters ultimately rejected the draft constitution, Garcés Durán’s commentary provides insights into the role that social movements and Chile’s new left political movements played in bringing the country to this historic conjuncture. But as Garcés Durán notes—and as the results of September 4 confirm—there remains much work to be done. Our conversation has been edited for length and clarity.

Marian Schlotterbeck: From a historical perspective, what does this plebiscite mean for democracy in Chile? And how are social demands addressed in the text?

Mario Garcés Durán: Social rights are enshrined in the new constitution, which is also a beautiful text in the aesthetic and narrative sense. It reads well, is simple and clear, and embraces fundamental demands, particularly with regards to feminism, environmentalism, and the Mapuche people. It is the constitution that most guarantees civil liberties in the history of Chile.

But it is weaker from the perspective of political participation. It is a subject that has concerned me from the beginning. Above all, in terms of territory, there is no proposal for neighborhood or social movement assemblies that could allow comunas (municipalities) to achieve sufficient autonomy and that could influence the local government in a binding way. This would require some form of assembly with binding force or a local parliament, but this hasn’t been formulated.

The constitution is very progressive in terms of rights and is relatively weak in terms of modifications in relation to power. And the few modifications it makes are the basis for the resistance that this constitution has encountered among the most traditional political class. It is so concerning that there is a risk that “Rechazo” (reject) will win. And that worries me because the power of the state in Chile is strong and the capacity of the Chilean state to ignore society is very high. Therefore, this historical inertia will continue.

Perhaps the upside is that the constitution creates a more democratic framework for action and generates some instances of greater participation. But the constitution is not the revolution. It does not offer a radical change in the relationship between the state and society. It introduces a different framework, a different horizon. It is a process of change that is open and that tomorrow may become regressive.

MS: Does the Chilean Left have a political project today, beyond the new constitution?

MGD: It may be a bit categorical, but I would say, strictly speaking, no. It is somewhat ambiguous. There is a political project associated with the Frente Amplio [a leftist coalition founded in 2017 that now forms part of President Gabriel Boric’s Apruebo Dignidad coalition] that is quite consistent with the proposed constitution. It is a project that is focused on the configuration of fundamental rights: provisional rights, the right to education, the right to health, and recognition of areas of conflict such as gender relations and the relationship with Indigenous people.

Now, how this materializes from within the Frente Amplio is very complicated. The project has been very slow. The process of change that the Frente Amplio speaks of has generated more expectations than a specific project. In March and April 2022, they said that we are in an installation stage and that the so-called structural change projects will come later. This would include, for example, a change in the pension system and an important change in the tax system, which would allow the state to collect more revenues to attend to establishing these rights. Structural change would basically entail implementing some components of a social democratic project. Expanding the concept of the Left, there is also a more social left. It is a left that is taking shape culturally from the social movements, where there is more of a sense of a project as a strategic horizon, such as in the environmental field. In fact, socioenvironmental groups formed a kind of cross-cutting group in the Constitutional Convention, and in the last stage of the Convention, they were practically the majority. 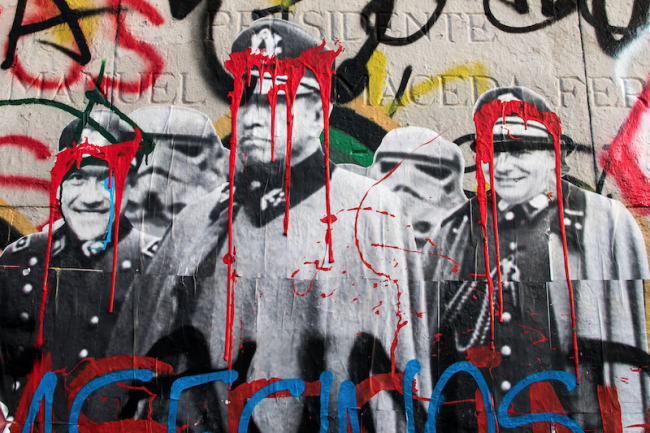 It is interesting because, from the issue of water as an inappropriable good to criticism of extractivism, in the Chilean context, extractivism is synonymous with the backbone of the Chilean economy, which produces minerals, trees, and fish. In some more progressive sectors, this calls for a complete overhaul and, therefore, an anticapitalist horizon or a radical critique of capitalism. On the other hand, there are also interesting proposals from the point of view of the Mapuche and Indigenous peoples, especially regarding the exercise of territorial sovereignty.

The feminist movement also offers fundamental horizons of change—for example, regarding the issue of parity. The new constitution establishes the idea of parity in all collective bodies. It is an issue that has not yet consolidated within civil society. The day this expands to civil society and we begin to think of ourselves as men and women with equal rights and representation, I believe that there will be relevant changes because it will mean that power relations are beginning to be reconfigured.

The idea of non-sexist education, of non-patriarchal education, is also a key issue that is questioned in the family and in the formation of the personality of our children. We are intervening in a very relevant field of power relations and culture. A non-sexist educational system requires the democratization of education. That is why we have to think about how education is managed in Chile. Up until now, we have had a system in which education has been privatized by the state. We have entirely private education and education that is subsidized with a state voucher, which today represents more than 50 percent of the national system. It is the private stakeholders who define where a school is headed and how democratic the management is. Therefore, there is no notion of an educational act in which students, parents, or teachers could influence the educational project. So, these fields are open. There are people who have been working, for example, on the idea of so-called state–community management so that the school can be a place of synthesis where the local community and the state come together. There we could speak of a new social contract.

In this sense, I think that the movements are more creative, more progressive, and they have more strategic vision than the Frente Amplio and even the Constitutional Convention. And part of the Convention’s great advantage is that it was fueled by social movements. As I wrote recently in an article published by ECO, I have a hypothesis that the greatest novelty of the Convention is the presence of society—how the movements make society visible in the Convention and introduce programs to be discussed by the Convention.

On the other hand, there is a third actor, which is much weaker than the more traditional left and is dissatisfied with everything. I tend to call it the powerless left. It has not been able to reformulate the revolutionary process in today’s terms. It still thinks in the terms of the old left of the 20th century: that there is an organized populace that exercises power and controls the state and has a party that is capable of leading.

But there are two nuances I want to point out. One, I believe that, within that left, there is a desire for radical participation that is very important and has to be present in social movement proposals. The popular sector had a direct and leading role in the estallido social that was very visible and became visible not only in the streets but also in territorial assemblies. But that leadership is difficult to sustain. In fact, in the case of the social uprising, it was active for a couple of months then became weakened. No one could have foreseen the pandemic, which served a very hard blow to this process of popular participation.

We have a certain nostalgia for popular power, or what was conceived at one stage as an exercise in popular protagonism: the idea that the people are capable of taking history into their hands, of deciding for themselves, and of doing so democratically. I would say, this idea is within the old left and we must recognize it.

The second nuance has to do with the Mapuche movement, which has acquired a much greater presence in Chilean society. Two currents coexist in the Mapuche movement: a more confrontational political current associated with the Coordinador Arauco Malleco (CAM) and its leader Héctor Llaitul, and the institutional current represented, among others, by Fernando Pairican. Both tendencies represent a process and legitimate demands.

Read the rest of this interview, available open access for a limited time.